The White House has maintained the previous administration's demands that Ankara dispose of the Russian missile defense system. 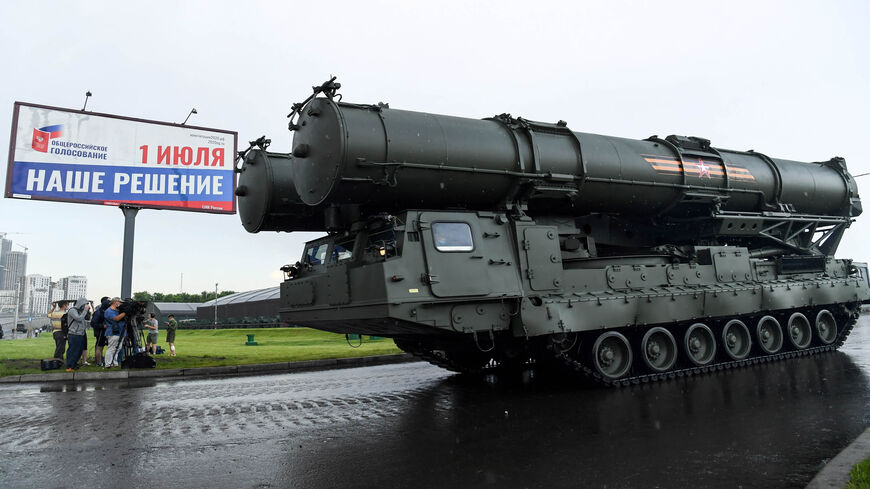 A Russian S400b4 anti-aircraft rocket system rolls past during the second night of rehearsals in preparation for the WWII Victory Parade in front of a banner informing of a national vote on constitutional changes in Moscow, Russia, June 18, 2020. - Kirill Kudryavtsev/AFP via Getty Images

Ankara will be subject to new US sanctions if it purchases additional Russian military hardware, Undersecretary of State for Political Affairs Victoria Nuland told the Senate’s foreign affairs panel July 21.

Lawmakers lambasted President Recep Tayyip Erdogan's policies, both foreign and domestic, during the hearing on Wednesday.

Committee members from both parties slammed Ankara’s moves against journalists and Kurdish politicians from the Peoples' Democratic Party, as well as Turkish military actions in Syria, Libya and Nagorno-Karabakh.

“These are the actions of a weak government, not a world power, and we should treat it as such,” Sen. Bob Menendez said during the hearing.

The bipartisan rebuke came just a week after President Joe Biden announced former Republican Sen. Jeff Flake as his choice for the next US ambassador to Turkey.

Washington's ties with its Anatolian ally took a turn for the worst in 2017, when officials in Ankara signed a deal to buy Russia’s S-400 missile defense system. The move led Trump administration officials to expel Ankara from a group of nations with access to Lockheed-Martin’s advanced F-35 fighter aircraft, a move that Nuland pointed out has cost Turkey economically.

Biden has vowed to hold US allies to account for their human rights records, yet Turkey — which hosts NATO’s second-largest military after the United States — has become increasingly strategically important to the United States in recent years, as Iran exports weapons and militias to conflict zones in the Middle East and Russia seeks influence in Eastern Europe.

Nuland also signaled that US support for Syrian Kurdish-led YPG militias would continue, despite Ankara’s objections.

“I think primarily at this stage we’ve just agreed to disagree,” she said, adding that the Kurdish-led fighters have proven highly effective in the internationally-backed war to crush the Islamic State.

Nuland offered a glimmer of hope in US relations with Turkey, however, saying that Erdogan’s offer to commit troops to secure Kabul airport in Afghanistan is “extremely welcome” by the Biden administration.

“They know what the mission is,” Nuland told Congress.

The two countries are still in talks about Ankara's offer to leave its roughly 500 troops at Kabul airport after NATO and US forces withdraw from Afghanistan, a move that American officials have said is essential to maintaining international diplomacy in Kabul as the Taliban advance.

Erdogan on Tuesday affirmed his government would fulfill the offer if the United States offers support to the mission.