The UAE ambassador to Israel called the Abraham Accords "solid" during the historic ceremony. 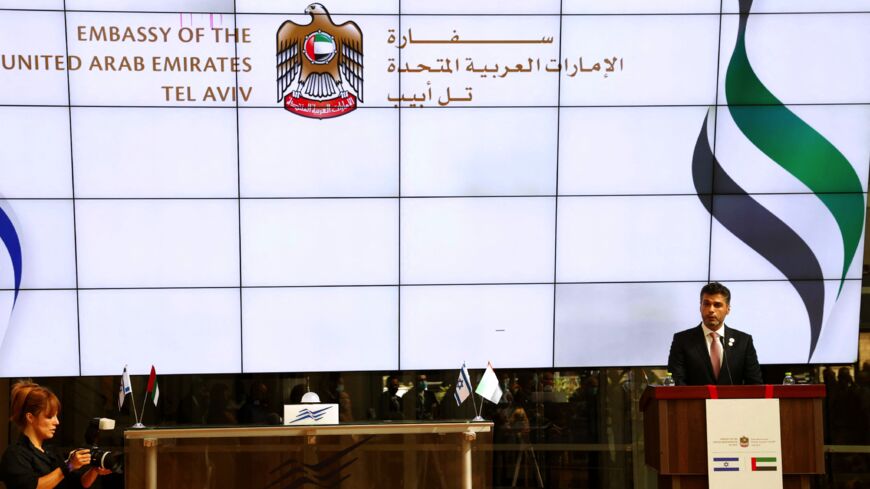 The United Arab Emirates opened its embassy to Israel in Tel Aviv on Wednesday.

The UAE and Israel normalized relations last year as part of the US-brokered Abraham Accords. The Gulf state was only the third in the Arab world to recognize Israel, after Egypt and Jordan. The Emirati decision led to Bahrain and Morocco also establishing full relations with Israel later that year.

Diplomats from both countries celebrated the move.

“It is great to be working together, here at the UAE & in Israel for our countries, for peace, security and prosperity,” said Israel’s Ambassador to the UAE Eitan Na’eh on Twitter.

Khaja called it a “big honor” to open the embassy and declared the Abraham Accords “firm and solid” on Twitter.

Israel holds Jerusalem to be its capital, but the Palestinian Authority also claims the city’s east as the capital for a future Palestinian state. The United States and a few Latin American, African and European countries recognize Jerusalem as Israel’s capital and have their embassies there. Most other states, now including the UAE, have their embassies in Tel Aviv.

In late June, Israel opened its embassy to the UAE in Abu Dhabi.