Morocco, Egypt, the UAE and others have sent virus-related aid to Tunisia recently. 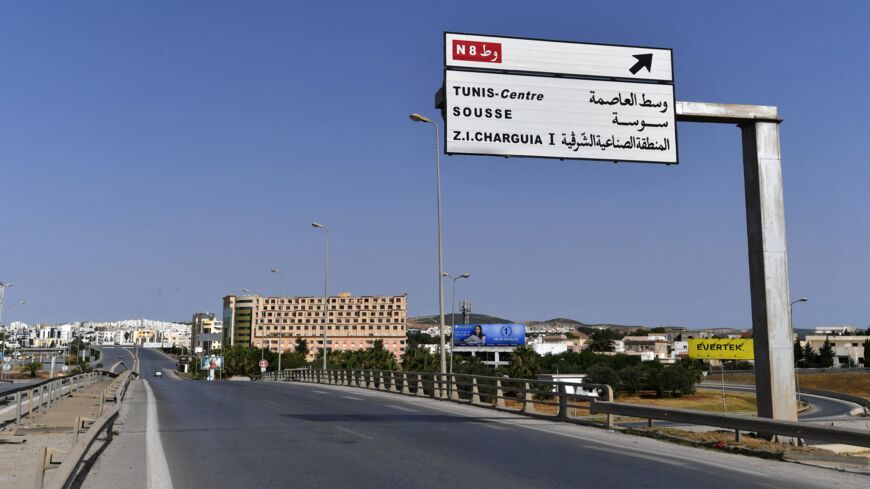 A highway remains deserted during a lockdown imposed by Tunisian authorities as a measure against the spread of the coronavirus pandemic in the capital, Tunis, on July 10, 2021. - FETHI BELAID/AFP via Getty Images

Three Moroccan military planes brought supplies to Tunis’ international airport on Friday for a field hospital, according to a release from the Tunisian Presidency office.

On Thursday, an Egyptian military plane delivered unspecified medical equipment and supplies to Tunis, the Tunisian Presidency office said. The aircraft was Egypt’s fourth in 24 hours to bring medical aid to Tunisia, and the shipment also included medicine, according to the Egyptian state-owned Al-Ahram news outlet.

A Saudi plane also brought medical equipment and supplies on Thursday, the Tunisian Presidency said. The official Saudi Press Agency said it was the third such medical aid flight and that it brought personal protective equipment, among other things. Some European states also sent similar aid, per the presidency.

Tunisia’s daily coronavirus cases are at an all-time high at present, as the country is registering more than 8,000 new infections a day, according to data from Reuters. The government has implemented a curfew to try to mitigate the virus’ spread.

Tunis has asked regional states for help amid the outbreak. Earlier this week, the United Arab Emirates sent 500,000 COVID-19 vaccine doses to Tunisia following a call between President Kais Saied and UAE Crown Prince Sheikh Mohammed bin Zayed al-Nahyan. More than 12% of Tunisians have received at least one vaccine dose, according to the Oxford University-based Our World in Data.