A court sentenced Ahmad al Khedr to 20 years in prison for his role in the 2012 execution of a regime soldier, which was captured on film. 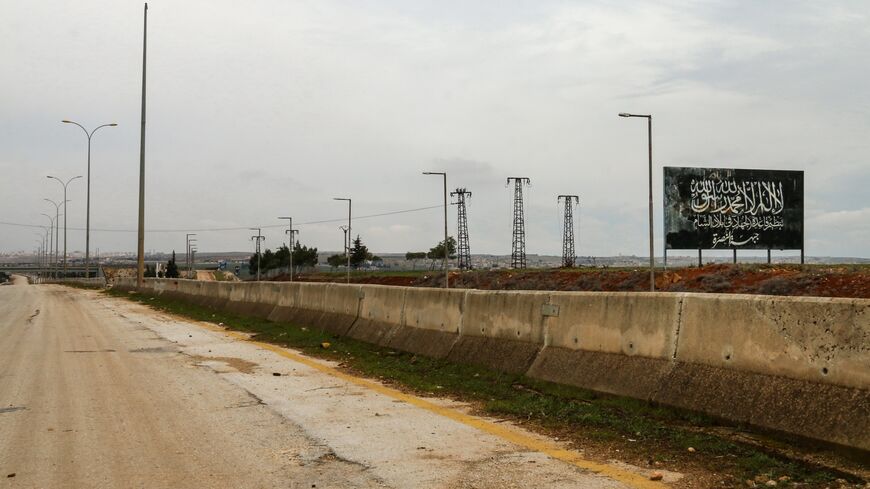 An empty section of the highway connecting the northern Syrian city of Aleppo with the capital, Damascus, is seen Feb. 15, 2020, in an area formerly held by rebel fighters about 20 kilometers (12 miles) from Aleppo, with an old Al-Nusra Front billboard on the side of the road. The sign shows the group's former flag in Arabic beneath the Islamic Shahada (creed stating a belief in one god and the acceptance that Muhammad was God's prophet). - AFP via Getty Images

A court in the Netherlands on Friday sentenced a Syrian man to 20 years in prison over the execution of a captured government soldier during the country’s civil war. Judges said the 49-year-old defendant, Ahmad al Khedr, was guilty of war crimes.

The primary evidence in the case was 2012 video footage that shows the execution of a lieutenant colonel in the Syrian air force. In addition to the video footage, a number of witnesses were tracked down across several countries and interviewed.

Prosecutors said Khedr can be heard in the videos leading the bloodied soldier, whose hands were tied behind his back, to the bank of the Euphrates River. Before the soldier was shot with multiple bullets, he said in his final moments: “By God, I haven’t killed anyone.”

“It did not matter whether the victim had or had not killed anyone. ... He was killed for another reason. For revenge,” the prosecution said in a statement.

Khedr was allegedly a commander of an armed group in eastern Syria that joined forces with the Al-Nusra Front (Jabhat al-Nusra), an al-Qaeda affiliate that was fighting the forces of President Bashar al-Assad in the early years of the Syrian conflict.

Since the uprising against Assad and outbreak of civil war in 2011, hundreds of thousands have died and more than 13 million Syrians have fled their homes. Government forces have won back much of the country but a pocket of rebel resistance remains in the northwest province of Idlib.

Under international humanitarian law, captured combatants cannot be tortured and they cannot be killed without trial.

Prosecutors brought the case under the Netherlands’ universal jurisdiction law, which allows for the prosecution of grave crimes committed in another country, regardless of whether the suspects are Dutch nationals. Khedr was granted asylum in 2014 and lives in a small town in the western Netherlands.

The Netherlands is one several European countries pursuing universal jurisdiction cases against alleged war criminals in Syria. In February, a German court convicted a former Syrian regime officer of crimes against humanity.

Separately, the Netherlands is laying the groundwork for a case against Syria at the United Nations' highest court, announcing in September 2020 that it would be holding the Syrian government responsible for the widely documented human rights violations carried out inside its torture chambers.