The Child Protection Office affiliated with the Kurdish-led Autonomous Administration in Manbij has started issuing work cards for children ages 10 to 18, in a move it claims aims to avoid forced conscription by the Syrian Democratic Forces. 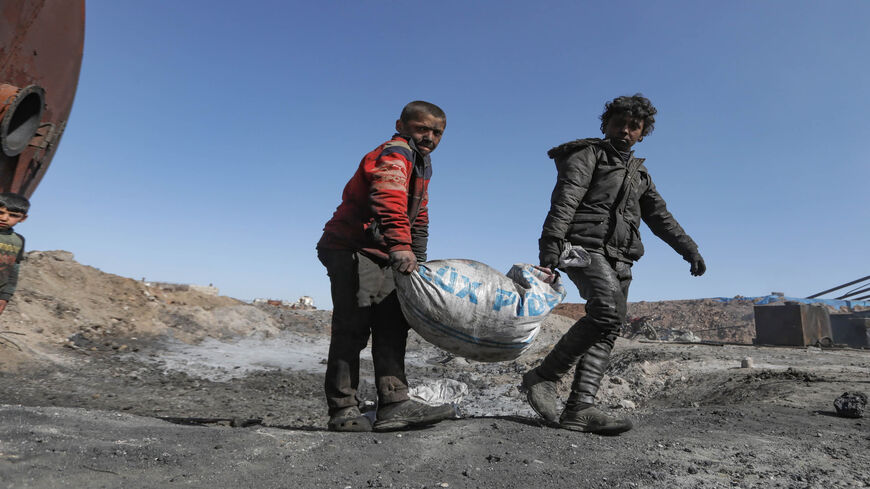 Displaced young Syrian boys work at a makeshift oil refinery near the village of Tarhin in an area under the control of Turkish-backed factions in the northern countryside of Aleppo, Syria, Feb. 25, 2021. - Bakr Alkasem/AFP via Getty Images

The Child Protection Office, affiliated with the Autonomous Administration of North and East Syria’s Committee of Social Affairs and Work in Manbij, a city controlled by the Syrian Democratic Forces (SDF), started issuing work cards for children ages 10 to 18 in late June.

The decision is the first of its kind in northeastern Syria and may be extended to all areas under the control of the Kurdish-led Autonomous Administration. To receive the card, the family must submit identification papers confirming the age of the child, the type of work involved and the work hours.

On March 24, the Child Protection Office issued a circular specifying the types of activities that children are not allowed to carry out, because they are classified as dangerous and extremely dangerous, such as drilling, construction work and work involving chemicals or requiring great physical effort. Children are allowed to work with family and relatives, in shops, pharmacies, libraries and printing shops, in agriculture, on farms, and with paint, according to the circular.

The Child Protection Office was established by the Autonomous Administration in August 2020 with the aim to protect children from the SDF’s forced conscription.

An employee at the Child Protection Office in Manbij told Al-Monitor on condition of anonymity, “The aim of the decision to issue work cards is to protect children from the SDF, which launched a compulsory military service campaign earlier this year and arrested a large number of young people, including minors ages 14 to 16. By doing so, they ignored all the United Nations agreements on child protection.

He said, "The Child Protection Office has received numerous complaints in the past from parents about the recruitment of their children without their knowledge, and while the children are still completing their studies. We do not know how effective this recent decision will be in reducing recruitment, especially since this office has no authority over the military."

He added, “Residents have started submitting ID papers to the Committee of Social Affairs and Work of the [Autonomous Administration’s] local council. The permit is granted once the child submits documents confirming their age. Children ages 10 to 15 are allowed to work under specific conditions and within a regulated framework. The work has to be during the day and for a period not exceeding five hours. For children ages 15 to 18, the permit is granted after they have confirmed their age and completed primary education. The work has to be appropriate for them, cannot be classified as dangerous and must meet conditions such as not exceeding six hours, including a one-hour break.”

Hassan al-Nifi, a Turkish-based political analyst from Manbij who provides analyses for a number of research centers and Arab newspapers, told Al-Monitor, “The Child Protection Office does not prioritize child protection. Several UN reports have shown that the SDF is recruiting child soldiers and that child labor is high in its areas of control. I believe that the office's objectives through the decision to give cards is not what it declares. Rather it seeks to establish a database of information on children in the region in order to submit it to the military wing and facilitate the compulsory military service recruitment process. The SDF might not do that immediately, but it will in the near future ask children to join its ranks and fight.”

The Child Protection Office’s decision imposes no penalties on the parents of children working in dangerous occupations such as construction and industry, and occupations involving dangerous substances.

Child labor in northeast Syria has increased significantly in 2021, particularly among displaced families, due to poor living conditions. It reached up to 25%, according to statistics that the Stability Support Office of the Autonomous Administration’s local council provided to Al-Monitor.

He said, “According to an International Labor Organization report from May 2018, the work carried out by children in areas under SDF control is among the worst forms of child labor, including excavation, building and construction works, work where chemicals are involved or work requiring extreme physical strength. Children are often forced into the labor market because of the SDF’s arbitrary arrests — more than 3,500 people are detained by the SDF, most of whom are men. Thus the families are left without their breadwinner, forcing children to seek work to support their families.”

Abdul Ghany noted, “The poor living conditions stem from the mismanagement of resources in the oil and gas-rich areas under SDF control. The profit goes to the military wings, including the Kurdistan Workers Party, a terrorist organization. It is not spent on improving services and living conditions. Moreover, transparency and financial reports about the resources extracted are nonexistent. The profits must be disbursed primarily to the rehabilitation of schools."

He concluded, "The absence of schools is one of the main reasons behind depriving children of education and pushing them to work. What prevents parents from sending their children to school is the separatist [Kurdish] curriculum imposed on schools by the SDF. Instead, parents send children to technical training rather than schools.” 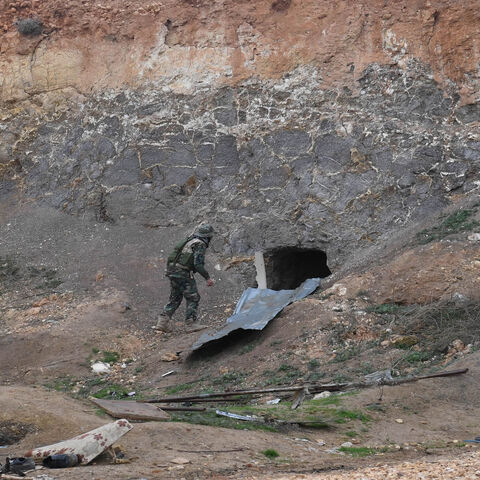 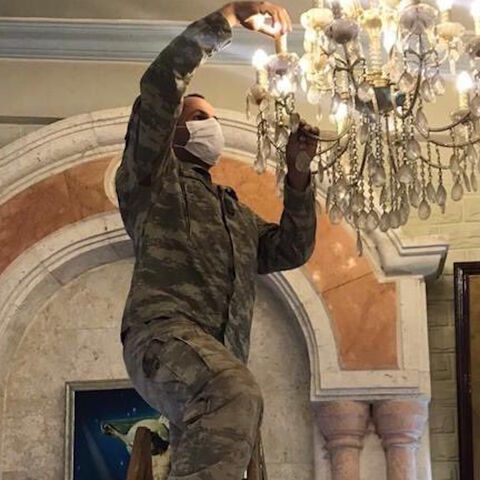 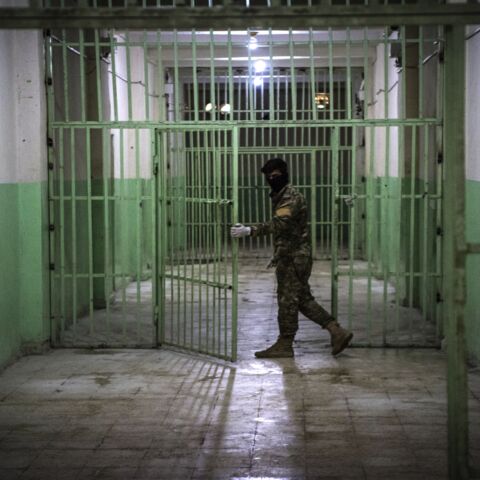