Tahani Alqahtani is the first Saudi woman to compete in judo at the Olympics, bucking the trend of Middle Eastern and North African athletes refusing to face Israelis at the games. 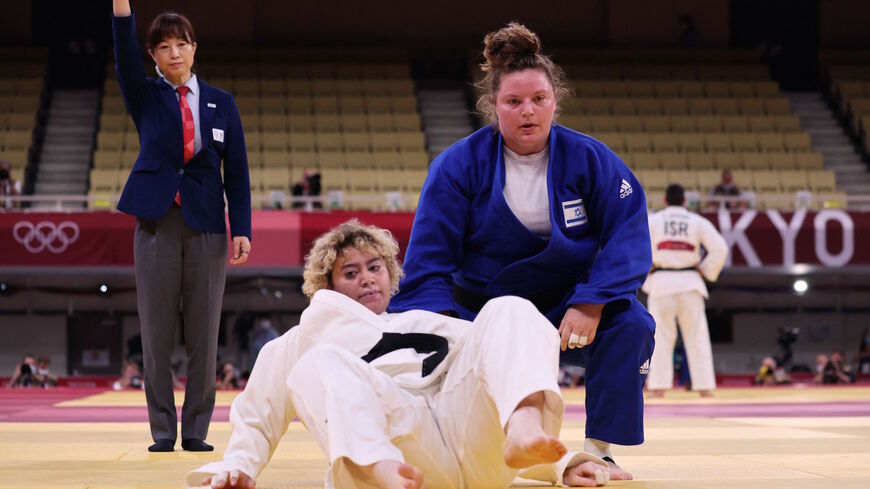 The global governing body of judo praised a Saudi Olympian on Friday for agreeing to compete against an Israeli opponent.

The International Judo Federation said that Saudi Arabia demonstrated that sports can bring people together.

“Saudi Arabia proves that, through sport, we can go beyond differences and make sport a force to unite the world,” the federation said in a press release.

Saudi judoka Tahani Alqahtani faced Israeli Raz Hershko on Friday in the women’s judo competition at the 2020 Olympics in Tokyo. Judo is a Japanese martial art where opponents attempt to subdue one another through pins, take downs and other related methods. Hershko won their match in the more than +78 kg (+172 lbs) weight division.

The fact that a Saudi and an Israeli faced off on the mat was notable due to recent controversies involving Israel in judo. Israel does not have relations with most Middle Eastern and North African states, including Saudi Arabia. Some athletes from these countries sometimes refuse to face Israelis, whether on their own accord or due to pressure from their governments. This trend has continued at the Olympic judo competition. On Monday, a Sudanese judoka failed to show for his bout against an Israeli opponent. Last week, an Algerian judoka withdrew from the Olympics to avoid facing the same Israeli.

On Friday, Alqahtani bucked the trend by competing against Hershko. After Hershko’s victory, the two also shook hands. A video of the exchange was widely viewed on social media.

The International Federation of Judo has penalized athletes for refusing to compete against Israelis, and praised both athletes for their “humanism” in light of the context.

“Immediately questions arose that were answered today in the most humanist and respectful way, by two athletes representing their two delegations,” they said in the release.

Some regional outlets took notice of the event. The Times of Israel called it a “historic judo match.” Jordan’s Al Ghad news outlet took a different tone, referring to the matchup as a “big controversy” due to the numerous social media reactions. A hashtag of Alqahtani’s name in Arabic trended on Twitter on Friday. Many Twitter users in the Arab world using the hashtag actually praised Alqahtani for her efforts, despite the loss.

Alqahtani is also the first Saudi woman to participate in judo at the Olympics, which also earned praise from the International Judo Federation.

Saudi Arabia and Israel lack formal relations, though the two states have grown closer in recent years due to their perceived interests in countering Iran. Saudi Arabia’s Gulf allies the United Arab Emirates and Bahrain both normalized their ties with Israel last year.