Rouhani says nuclear talks will be handed to successor

Iran's president said the next administration will take up the nuclear negotiations. 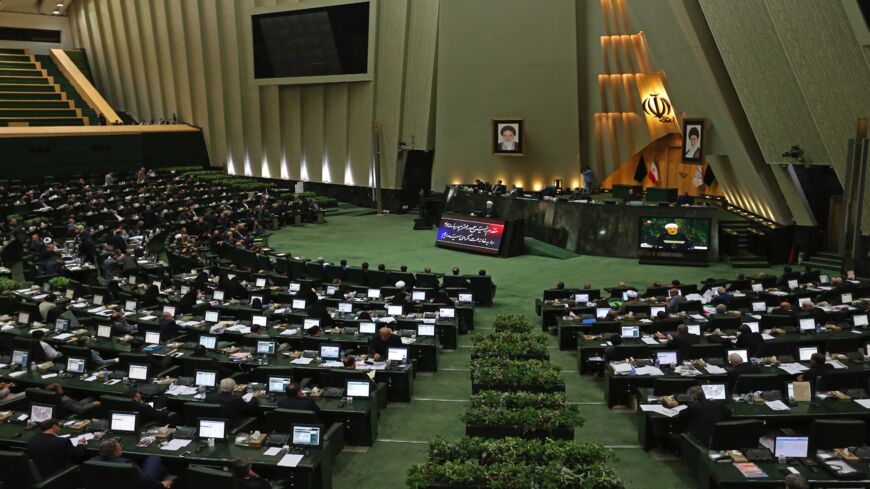 President Hassan Rouhani said in a Cabinet meeting today that nuclear negotiations will be passed on to the next administration.

Rouhani said if Article 60 of the Iranian Constitution had been abided by, there could’ve been a nuclear deal by March. Article 60 of Iran’s Constitution states, “The functions of the executive, except in the matters that are directly placed under the jurisdiction of the supreme leader, are to be exercised by the president and the ministers.”

Rouhani said Article 60 was “struck a blow” on Dec. 1 when Iran’s parliament passed the “Strategic Action to Remove Sanctions” legislation, which reduced Iran’s participation with the International Atomic Energy Agency — among other steps — that has made it more difficult for Iran to re-enter the original terms of the nuclear deal known as the Joint Comprehensive Plan of Action (JCPOA), which the United States exited in May 2018. The legislation, as Rouhani indicates, took discretion away from the presidency and gave more power to hard-liners in parliament. It is clear that the process of the nuclear negotiations has been out of his control for some time now and is likely being managed by the supreme national security council and the supreme leader’s office.

Rouhani said if not for that legislation the sanctions would have been removed in March and “the people today would see what [good] conditions they could be living in.”

Negotiations for the United States to re-enter the terms of the JCPOA and for Iran to return to full compliance are taking place in Vienna, though the next round has not yet been confirmed.  Iran and the United States are currently at a stalemate. Iran wants guarantees that the United States will not exit the deal once again, especially after the US presidential election. The United States would like Iran to make some form of commitment to use the current negotiations and the current deal to have further conversations about Iran’s regional foreign policy and Iranian missiles.

During today's Cabinet meeting, Rouhani thanked the nuclear negotiators, the Foreign Ministry and other individuals involved in the negotiations.

Regarding the negotiations, he said, “The table has been set, the work has been done; all they have to do is open the doors and come and sit down.” He continued, “The opportunity has been taken away from this administration. Hopefully, the next administration can come and complete this work.”

President-elect Ebrahim Raisi will take office on Aug. 3. The negotiations will still likely continue to be managed under the supreme national security council with the supervision of Supreme Leader Ayatollah Ali Khamenei. To what degree Raisi will include his own Foreign Ministry in the negotiations is not clear. Two individuals from Raisi’s team are already believed to be in consultation with Rouhani’s team over the process of the current negotiations.