Texas Republican Rep. Michael McCaul says, “President Biden should not enter into any deals with Iran without an end to these assaults on our citizens.” 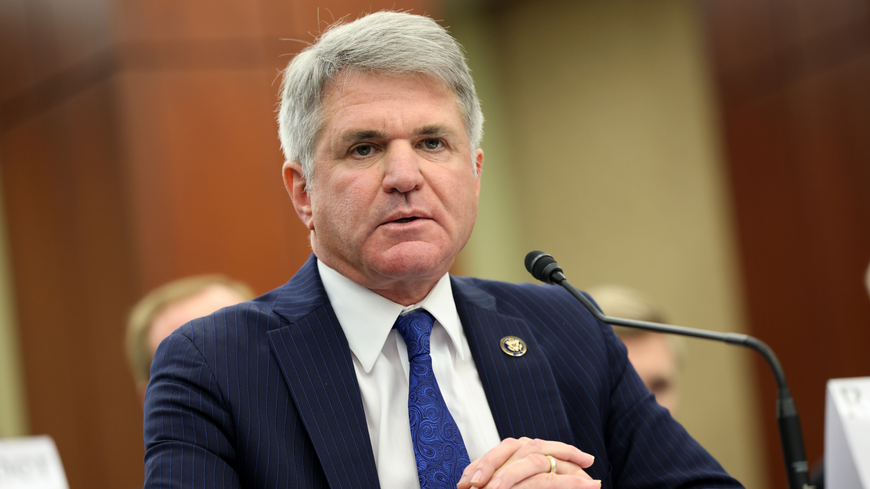 Republican Rep. Michael McCaul of Texas speaks at the US Capitol on June 29, 2021, in Washington. - Photo by Kevin Dietsch/Getty Images

The Biden administration and some Republicans in Congress are at odds over the Iran nuclear deal negotiations following an alleged Iranian intelligence plot to kidnap an American journalist in New York.

Rep. Michael McCaul of Texas, the top Republican on the House Foreign Affairs Committee, said President Joe Biden should not make any deals with Iran given its actions.

“This is a regime that holds American hostages and is actively trying to kidnap an American from the streets of New York,” said McCaul in a statement Tuesday, also referencing US citizens incarcerated in Iran. “President Biden should not enter into any deals with Iran without an end to these assaults on our citizens.”

On Tuesday, the US Department of Justice issued charges against four Iranian citizens in relation to an alleged plan to kidnap an American journalist who reports critically on the Iranian government. One of the men is an Iranian intelligence official, and the other three “Iranian intelligence assets.” The plan consisted of kidnapping the journalist in New York City and then transferring her by boat to Venezuela, with the ultimate goal of bringing her to Iran to stand trial, according to a department press release.

Masih Alinejad subsequently identified herself as the target of the kidnapping plot. Alinejad is an American journalist and activist of Iranian origin. She publishes in both English and Persian, and regularly criticizes the Islamic Republic. One of her campaigns is the My Stealthy Freedom movement on social media, which encourages Iranian women to post pictures of themselves without their hijab. Wearing the Islamic headscarf is mandatory for women in Iran.

The news came during the Biden administration’s negotiations with Iran on a possible US return to the Iran nuclear deal. The 2015 agreement removed sanctions on Iran in exchange for the Islamic Republic scaling back its nuclear program. Former US President Donald Trump withdrew from the accord in 2018, and reimposed harsh sanctions. Many Republicans and some Democrats remain critical of a return to deal due to Iran’s policies in the Middle East, which include support for proxy groups that attack US and allied forces. The Biden administration maintains that the deal will help remove the possibility of Iran obtaining a nuclear weapon.

Other Republicans also criticized the administration’s negotiations with Iran in light of the kidnapping plot. Sen. Jim Risch of Idaho, the ranking member of the Senate Foreign Relations Committee, said Biden should stop the nuclear deal deliberations in light of the “criminality” exhibited by Tehran.

“I remain deeply concerned with the administration's inability to address the Iranian challenge,” Risch said in a statement. “In light of all that is happening and the long list of Iranian offenses, it’s time for the administration to suspend the ongoing indirect negotiations with the Iranians.”

For its part, the Biden administration condemned the alleged kidnapping attempt. “We categorically condemn Iran’s dangerous and despicable reported plot to kidnap a US citizen on US soil,” said White House spokeswoman Jen Psaki at a press conference Wednesday.

On the nuclear talks, Psaki said the administration will continue to support negotiations with Iran that support “US interests” in light of the alleged plot.

“We have never assessed Iran to be a good actor in the world,” she said. “We still see it in US interests … to engage in ongoing discussions so we can have greater visibility to Iran’s path to acquire a nuclear weapon.”

A State Department spokesperson also told Al-Monitor that the Biden administration condemns Iran’s human rights record will continue to call out transgressions in response to the kidnapping plot.

Democratic lawmakers also condemned the Iranian government in relation to the incident. Rep. Gregory Meeks of New York, who heads the House Foreign Affairs Committee, said in tweet Wednesday, "Tehran’s plot to kidnap an Iranian-American journalist on U.S. soil is abhorrent, and further proof of how authoritarian regimes will stop at nothing to target journalists they find threatening.”