A spokesperson for Sen. Jim Risch said the hold will stay as long as the Palestinian Authority continues what has been called the "pay for slay" program, while senators have also introduced a bill opposing the Biden administration's funds for Palestinian refugees. 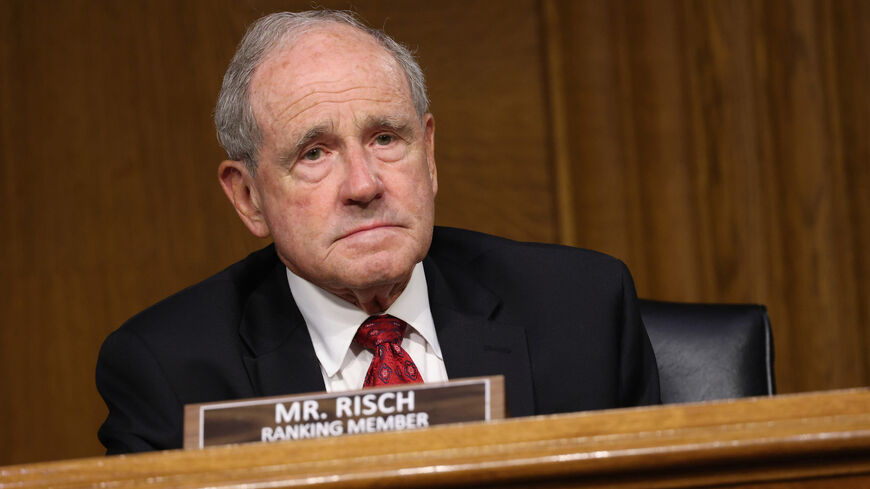 A Republican senator has vowed to continue holding up a portion of US aid to Palestinians due to a controversial program that provides payments to families of individuals who kill Israelis.

“As long as there is any question that additional funds could fall into the hands of terrorists through Palestine’s ‘pay to slay’ program, Senator Risch will exercise his right to hold them,” a spokesperson for Sen. Jim Risch of Idaho told Al-Monitor on Thursday.

The Palestinian Authority offers monthly payments to families of Palestinians who have been imprisoned or killed for conducting attacks on Israelis. The program is often referred to as “pay to slay” in Israeli media.

The program became an issue for Risch after US President Joe Biden restored US funding to the Palestinian territories in April. The funding had been cut by the previous administration of President Donald Trump. The funds included allocations for development, economic, humanitarian and peace-building assistance in the West Bank and Gaza, as well as money for the United Nations’ Palestinian refugees agency known as UNRWA. The same month, Risch placed a hold on $75 million of the total funding in opposition to the Palestinian payments program.

A Senate “hold” is an informal practice whereby a senator can express opposition to an executive action, which in this case refers to Biden’s funding allocation the Palestinian territories. It is up to the Senate majority leader to honor the hold request, and they typically do so, according to a report from the Congressional Research Service.

Much of the West Bank and Gaza is impoverished and reliant on aid, which is in part due to the conflict with Israel. Assistance can reach the area through non-US government means as well. On Friday, Palestinian Authority media reported that the American humanitarian organization Mercy-USA will provide food support to Palestinian refugees in the Gaza Strip.

Several Democrats in Congress criticized Risch for the hold in June, saying the funds are “desperately needed” by the Palestinian people.

Risch’s hold affects economic assistance, according to the senator's spokesperson. “Despite suggestions to the contrary, Congress cannot hold humanitarian assistance. Senator Risch’s hold is only on economic support funds which do not address urgent needs for food and medical necessities,” the spokesperson said.

The Biden administration’s Economic Support Fund for the Palestinian Territories totals $75 million. The economic assistance includes support for businesses recovering from the pandemic, food and clean water access for needy households and civil society groups, among other things, Secretary of State Antony Blinken said in April.

There was more legislative action from Republicans targeting aid to the Palestinian people this week. On Tuesday, Risch and 12 other senators senators introduced the United Nations Relief and Works Agency Accountability and Transparency Act, which would condition aid to UNRWA. The bill would prohibit the United States from funding the UN agency unless the secretary of state periodically informs Congress that no UNRWA employees are affiliated with terrorist groups, propagate “anti-American, anti-Israel, or anti-Semitic” views, support boycotts of Israel, and so forth.

Some UNRWA employees have been accused of ties to the Palestinian military and political organization Hamas, which is a designated terrorist group under US law.

A sister bill on US funding of UNRWA was introduced in the House of Representatives the same day. Both bills have been referred to the foreign affairs committees in each chamber.