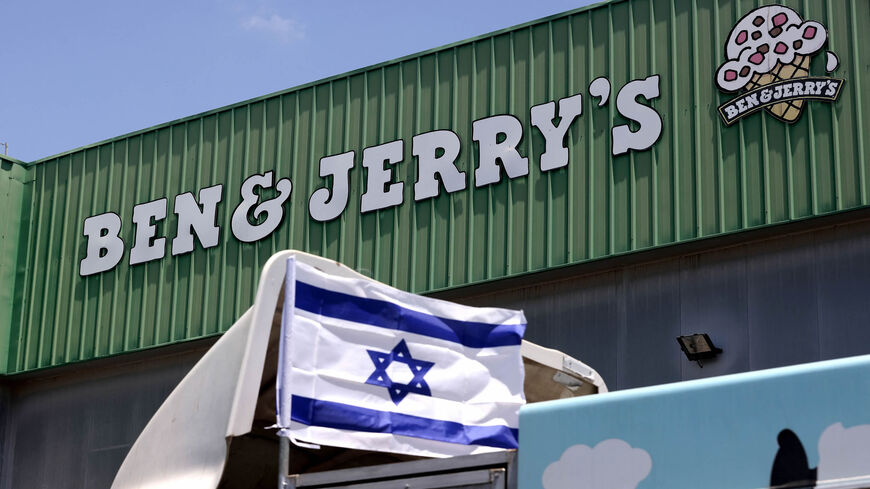 Unilever CEO Alan Jope said July 22 his company remains “fully committed” to doing business in Israel. Jope was distancing his global company from an announcement made earlier this week by Ben & Jerry’s ice cream brand to stop serving Israel’s West Bank settlements. Still, Jope made it clear the ice cream brand was autonomous to make such a decision.

Ben & Jerry’s announced July 19 on the company website it will stop operations in the Palestinian territories, because it is “inconsistent with our values.” Within minutes, the news sparked a flurry of reactions across the Israeli press and social media. People were quick to call the company’s decision “anti-Israel” or “antisemitic,” or even to describe it as a new kind of terrorism. Prime Minister Naftali Bennett tweeted that “Ben & Jerry’s decided to brand itself as an anti-Israeli ice cream,” and referred to the decision as “a boycott” of Israel. Foreign Minister Yair Lapid tweeted, “Ben & Jerry’s decision is a disgraceful surrender to antisemitism; the boycott, divestment and sanctions movement; and everything bad about the anti-Israel and anti-Jewish discourse.” Even Israel’s new president, Isaac Herzog, jumped into the fray, describing the company’s decision as “a new form of terrorism.”

Yes, there were all sorts of harsh words and condemnations from Israelis, upset with the company’s decision, but there were also quite a few people on the left who congratulated the company for its stance. These included Chairman of the Arab Joint List Ayman Odeh who created a Facebook post with him eating ice cream. Along with some remarks about giving up his “diet,” he commented, “We admire those international companies that boycott the occupation.”

Knesset member Mossi Raz of Meretz announced, “Once again Israel is hurt by the immorality of the settlements,” while Balad Chairman Sami Abou Shahadeh sent his congratulations to the company via Twitter, writing, “We welcome the principled stance of Ben & Jerry’s and call on all companies to contribute to justice and peace by acting in accordance with the guiding principles of the United Nations regarding businesses and rights.” As if all that was not enough, an online petition has been created with the title, “Israelis Congratulate Ben & Jerry’s.”

There is no doubt that Ben & Jerry’s decision succeeded in reigniting the debate in Israel over the settlements, after a yearslong absence. Is a boycott of the settlements the same as a boycott of Israel? It is important to point out that the status of the settlements is controversial in Israel, just as it is a bone of contention between Israel and the rest of the international community. The Knesset never approved the annexation of the West Bank, and Israel never imposed Israeli law on the territories. That is why there are people who support the company and wonder what all the commotion is about. It is occupation, after all, and Palestinians have been living under occupation for decades.

Odeh Bisharat from the Arab village of Yafia told Al-Monitor that he supports the decision. He said, “The claim that the boycott of the occupied territories is antisemitic is disgraceful. Ending the occupation should be a clear Israeli interest, because a nation that suppresses another cannot be free. The enlightened world is asked to pay its part to end this intolerable situation, in which millions of Palestinians are denied freedom of movement, and are forced behind barricades and barbed wire, where they are exposed to abuse from the settlers and the occupation itself.”

In contrast, former Israel Defense Forces spokesman Avi Benayahu posted a series of tweets attacking Ben & Jerry’s. He told Al-Monitor, “In my opinion, the decision by Ben & Jerry’s not to allow the Israeli holder of the local franchise to sell ice cream in the territories is miserable and dangerous. This is not the first time that Israel has come up against incidents like this. It must reject them and fight against them, regardless of whether you support the settlements or oppose the occupation. Boycotts are dangerous. Just as I oppose boycotts of Arab businesses in Acre, Jaffa and Nazareth, I oppose a boycott of the settlements. The Palestinian-Israeli conflict must be resolved, but ice cream and hamburgers must be removed from the equation.”

Ben & Jerry’s is not the first company that refuses to accept the existing situation in the West Bank or that distinguishes between the settlements and Israel proper. In 2018, Airbnb announced that it would remove listings in the territories, only to go back on its decision later. Earlier this month, the Norwegian financial firm KLP announced that it was withdrawing its investments from 16 companies with ties to the settlements. Similarly, the popular fast food chain McDonalds once refused to open branches in the settlements, while the European Commission adopted guidelines on labeling products from West Bank settlements, East Jerusalem and the Golan Heights, indicating that the product was manufactured in an Israeli settlement.

Given all of this, the recent decision by Ben & Jerry’s was hardly unprecedented. Rather, it follows in the footsteps of other businesses — big and small — that distinguish between Israel and the settlements, and that do not consider the settlements to be an integral part of the State of Israel.