The US ice cream giant will continue operations in Israel. 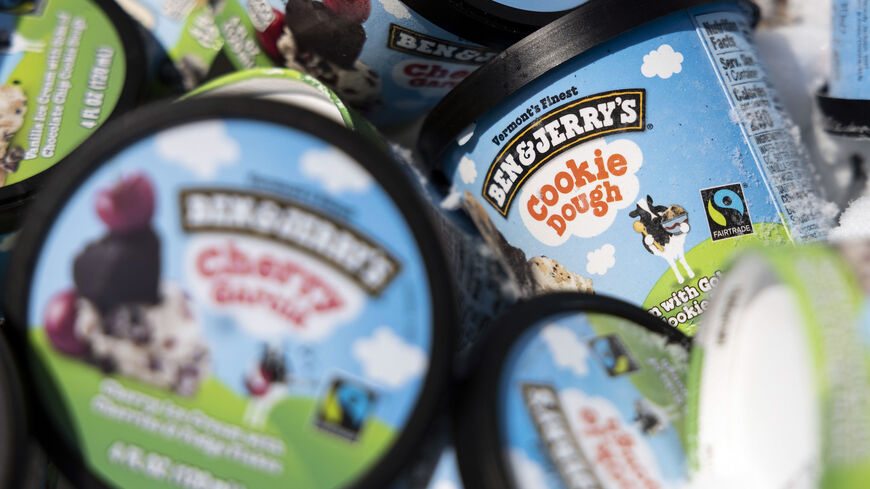 Ben and Jerry's ice cream is stored in a cooler at an event where founders Jerry Greenfield and Ben Cohen gave away ice cream to bring attention to police reform at the US Supreme Court on May 20, 2021, in Washington, DC. - Kevin Dietsch/Getty Images

A major ice cream company said Monday it would stop operations in the Palestinian territories, though it will continue to sell its sugary products in Israel.

Ben & Jerry’s said that selling ice cream in the territories goes against the company’s principles.

“We believe it is inconsistent with our values for Ben & Jerry’s ice cream to be sold in the Occupied Palestinian Territory (OPT),” they said in a press release.

The ice cream-maker will continue to operate in Israel, however, albeit with a different licensee.

“Although Ben & Jerry’s will no longer be sold in the OPT, we will stay in Israel through a different arrangement,” said the company. The release did not specify what the new arrangement would be.

Ben & Jerry’s is a major American ice cream producer with stores and distribution around the world. The company is politically active and supports a variety of social justice causes.

The company’s ties to Israel, which include a factory, have been scrutinized before by left-wing activists.

The United Nations and much of the international community consider the West Bank and Gaza to be Palestinian territory occupied by Israel, though Israel disputes this. Parts of the West Bank are administered by the Palestinian Authority, while the Israeli military directly controls other parts, as well as its borders. Hamas controls Gaza internally, but the enclave is subject to an Israeli and Egyptian blockade.

Pro-Palestine groups have been successful in pressuring some entities to change their relations with Israel recently. Last week, some supporters of boycotts against Israel advocated that the Spanish soccer team FC Barcelona cancel a planned match in Jerusalem against the Israeli club Beitar Jerusalem. FC Barcelona ultimately said it would not play in the holy city, prompting Beitar to cancel the game.

"Ben & Jerry’s decided to brand itself as anti-Israel ice cream,” he said, as reported by The Times of Israel. “This is a moral mistake, and I believe it will turn out to be a business mistake as well.”