The Meretz party demands the Defense Ministry look into accusations leveraged against Israeli cybersurveillance company NSO on its Pegasus software. 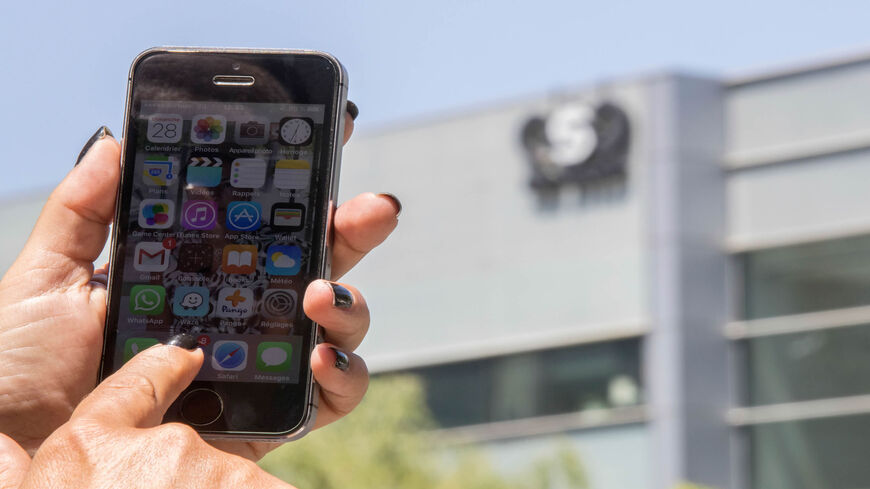 Israel's Defense Ministry reacted July 19 to the publication a day earlier on a critical investigative report against Israeli NSO company. The July 18 report by the Forbidden Stories Paris-based news site claimed NSO's spyware Pegasus was used in attempted and successful hacks and tracking of dozens of cellphones belonging to journalists, human rights activists and politicians, in countries across the globe.

The Defense Ministry did not announce explicitly if it would open an investigation into the matter. It simply noted that if it finds that NSO Group had violated the terms of its export licenses, it will take appropriate action. A statement issued by the ministry stated that Israel permits companies to export cybersecurity products to “government figures only for legal purposes and to prevent and investigate crimes and to combat terrorism. And this is dependent upon commitments regarding the end use/user from the purchasing country, which must abide by these conditions.”

It continued, “It is important to note that the State of Israel does not have access to the information collected by the NSO Group’s customers.”

Sale of weapons from Israel to other countries or companies abroad is under the control of the Defense Ministry, through its export control agency. In coordination with that agency, the Ministry of Trade is responsible for issuing export licenses for arms and for weapons components. Legislation adopted in 2007 says that companies looking to sell cybersecurity-related products must also get the approval of the Defense Ministry’s export control agency.

Over the years, Israel came under criticism on several occasions, accused of selling arms and surveillance technologies to third parties — technologies that were allegedly used by regimes to persecute opposition and human rights activists. Such accusations were made over weapons allegedly sold in the apartheid period to the South African government and weapons allegedly sold to Rwanda and Bosnia during the genocide periods there. Publications a few months ago claimed that Israeli-American cyberfirm Verint Systems had sold advanced online surveillance tools to regimes such as Azerbaijan and South Sudan.

On July 17, a day before the publication on NSO, The New York Times reported that Israel has continued for several years to allow cybersurveillance companies to secretly work with Saudi Arabia. This is despite reports that Israeli tech was being used to target opposition figures. Still, the Times report said NSO had cut its commercial ties with Saudi Arabia after Jamal Khashoggi’s killing in 2018.

Over the years, figures within the left-wing Meretz party were active in calling for greater transparency and higher moral standards over arms export licensing. Meretz’s Tamar Zandberg and activist and lawyer Eitay Mack had championed a campaign for such legislation, but to no avail.

After the recent publications on NSO, Health Minister and Meretz leader Nitzan Horowitz said his party would ask the Defense Ministry for clarifications about the affair, and that he intends to meet with Defense Minister Benny Gantz on July 22 to discuss the matter with him. Meretz lawmaker Mossi Raz tweeted, "Shocked by the findings of the investigation into the Israeli company NSO. I intend to contact Defense Minister Benny Gantz, demanding to examine the issuance of export permits to the company and to conduct a full and comprehensive investigation of the company's activities and its connections to the persecution of journalists and human rights activists around the world."

Interviewed later on TV, Raz called on his party to demand that Israel halt NSO exports, likening it to "exporting weaponry, which is forbidden to nondemocratic countries."

Reacting to the publications in The Guardian and other leading newspapers, NSO issued the following statement: “NSO Group firmly denies false claims made in your report, many of which are uncorroborated theories that raise serious doubts about the reliability of your sources, as well as the basis of your story. NSO Group has good reason to believe that claims that you have been provided with are based on misleading interpretation of leaked data from accessible and overt basic information, such as HLR Lookup services, which have no bearing on the list of the customers’ targets of Pegasus or any other NSO products.”