Israel launches airstrikes on Gaza in response to incendiary balloon attacks, which have been occurring since the May cease-fire between Israel and Hamas. 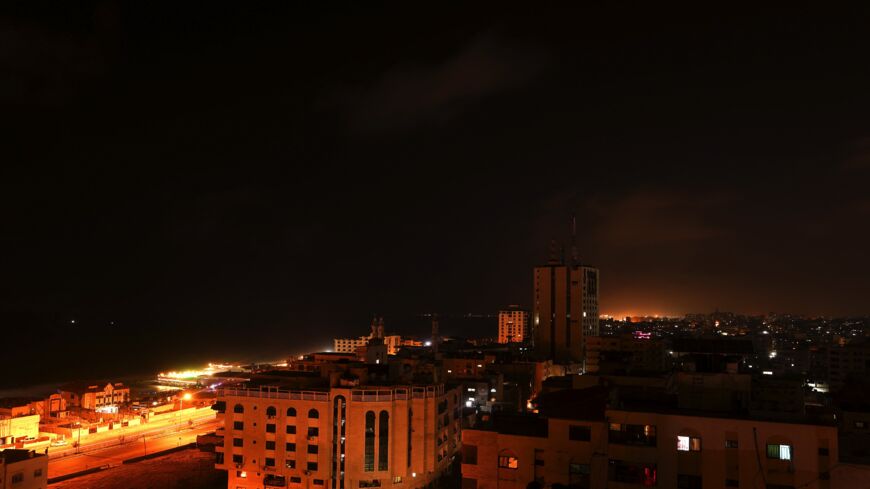 A picture taken early on July 26, 2021, shows a view of Gaza city at night. Israel hit Gaza with airstrikes on July 25 after incendiary balloons launched from the Palestinian enclave caused fires in the Jewish state, with no reported injuries on either side. - MOHAMMED ABED/AFP via Getty Images

The Israel Defense Forces (IDF) said they bombed a Hamas base near civilian areas in response to the fire attack.

“In response to arson balloons launched toward Israel, we struck a Hamas military base containing infrastructure and means used for terror activity,” the IDF said in a tweet at around 12:45 am local time. “The base was near civilian sites in Gaza, including a school.”

Palestinians in Gaza regularly send balloons loaded with flammable material into Israel, sometimes causing fires. Israel often strikes Hamas targets in the enclave in response. Such incidents have occurred several times since Israel and Hamas signed a cease-fire in May following their latest war.

The Palestinian political and military organization Hamas controls Gaza internally, though the territory is subject to an Israeli and Egyptian blockade. Other allied “resistance” groups also operate in the area and fight Israel, most notably Islamic Jihad.

The balloon conflict has so far not led to a major outbreak of violence between Israel and Hamas. More than 300 people were killed in the Palestinian territories and Israel during the violence in May, including 128 Gazan civilians. The latest flare-up took place on July 2, when Israeli jets bombed Gaza following incendiary balloons being launched.