The US government seized several websites affiliated with Iran and its allies, including Press TV. 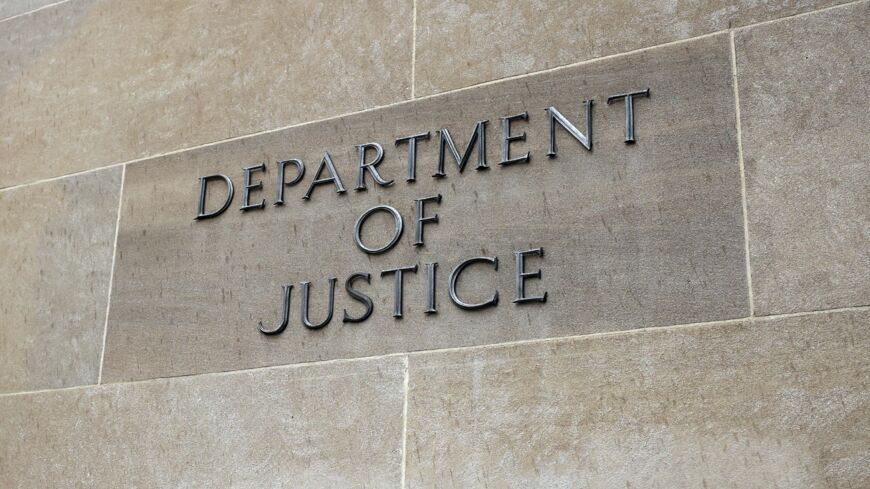 The US Department of Justice is seen on June 11, 2021, in Washington, DC. - Kevin Dietsch/Getty Images

The US has government seized several news websites linked to Iran.

Domains for the Iranian state-owned Press TV and Al Alam as well as the Yemeni website Al Masirah took visitors to a notice from the US Department of Justice and Department of Commerce on Tuesday that read “This website has been seized” in English and Arabic. The websites were accessible earlier in the day.

Press TV is Iran’s flagship English-language news outlet and features both a website and a TV station. Al Alam has a similar role in Arabic, and Al Masirah is affiliated with the Iran-backed Houthi rebels in Yemen.

Press TV acknowledged the seizure on Tuesday, tweeting it “seems to be a coordinated action." Their Twitter account was still active at the time of publication. The website is still accessible under the URL presstv.ir, which denotes it is based in Iran. Before the seizure, Press TV’s website listed alternative URLs, including presstv.ir, under articles.

The US government has seized websites linked to Iran and its allies before. In September, the Justice Department took control of two websites affiliated with Iraq’s Kataib Hezbollah militia. The legal basis for the seizure was that Kataib Hezbollah is a designated terrorist organization under US law and the website domain was owned and operated by a US company. In August, the department seized three websites of oil companies that allegedly partook in a fuel deal with Iran. US sanctions prohibit doing energy business with Iran.

The Department of Justice cited several laws for the seizure. Among them is 50 U.S. Code § 1701, which allows the president to “deal with any unusual and extraordinary threat” regarding national security. The department did not immediately respond to Al-Monitor’s request for more details.

A national security official told Fox News on Tuesday that around three dozen Iranian websites were seized for allegedly spreading misinformation. Other Iranian news websites, such as the official Islamic Republic News Agency and the semi-official Tasnim News Agency, were still accessible at the time of publication.

The previous seizures of Iran-linked websites came under former US President Donald Trump. Current President Joe Biden has taken a somewhat softer approach toward Iran, and his administration is currently participating in indirect talks on returning to the Iran nuclear deal.

The Department of Justice released a statement Tuesday night saying they seized 33 websites used by the Iranian Islamic Radio and Television Union and three websites operated by Kataib Hezbollah.

The legal basis for seizing the Iranian Islamic Radio and Television Union websites dates back to the Trump era. Last October, the US Treasury Department designated the union for being controlled by Iran's Islamic Revolutionary Guard Corps, which itself had been designated as a terrorist organization in 2019.

Press TV said that the US social media giants YouTube and Facebook have also taken action against their accounts recently.

Update: Wednesday, June 23, 2021: This article has been updated since initial publication.