Turkey has dramatically increased its vaccination efforts in June. 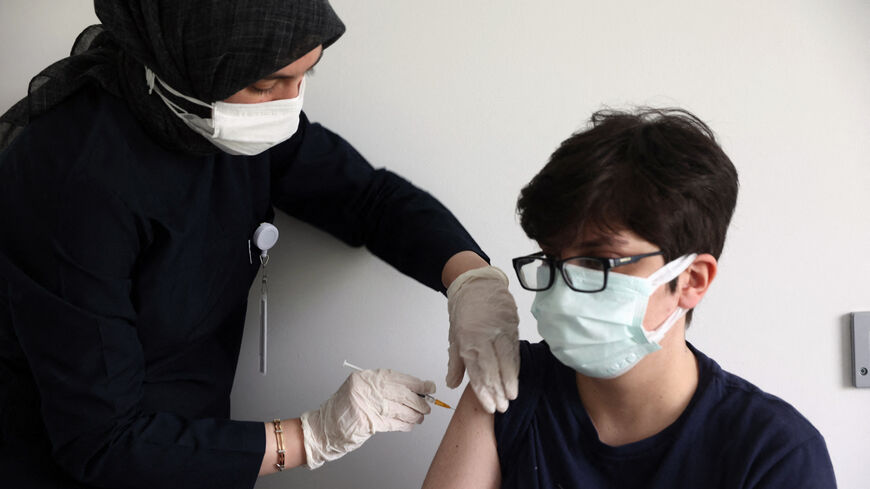 A person receives the second dose of the Pfizer-BionNTech COVID-19 vaccine at a hospital in Ankara, on May 3, 2021. - ADEM ALTAN/AFP via Getty Images

Turkey has again lowered its age of eligibility for COVID-19 vaccines.

Anyone 18 or older can be vaccinated against the coronavirus in Turkey starting Friday. The country of more than 80 million wants 55 million people to get at least one dose by mid-July. So far, more than 44 million doses have been administered, the Turkish state’s Anadolu Agency reported.

Turkey has greatly stepped up its vaccination efforts this month. More than 35% of the population has received at least one shot. At the start of June, it was less than 20%, according to Oxford University’s Our World in Data.

On Wednesday, the government lowered the eligible age to 25. Expanded eligibility is part of the reason for the uptick in vaccines administered.

Turkey is starting to emerge from the worst of the pandemic. Daily cases sometimes broke 60,000 in April, but now they are down to about 5,000 a day. The country has been under a lockdown for much of the year, but many restrictions will be lifted on July 1. On Tuesday, Russian tourists returned to Turkey.