A military education agreement between Turkey and Qatar drew backlash from opposition members in Ankara after local media reporting misrepresented its content, though rumors persist. 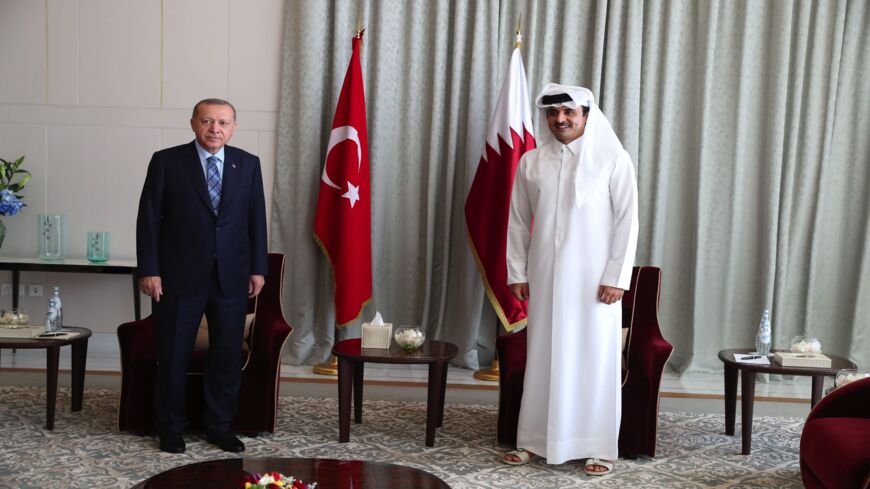 ISTANBUL — The deepening cooperation between strategic allies Turkey and Qatar has long drawn scrutiny from opposition parties in Ankara, and an accord published in the nation’s Official Gazette on June 24 stirred fresh controversy after its contents were misrepresented in local media reports.

Titled the Turkey-Qatar Military Health Education and Cooperation Protocol, the agreement establishes opportunities for both Turkish and Qatari military students to pursue diplomas from university programs involving dentistry, pharmaceutical and other health-related studies.

“Didn't one of you come out and say that this is unfair? Our children are wasting all their youth to get into those schools,” Kilicdaroglu tweeted regarding the accords Friday, adding, “We will tear up these protocols.”

Unnamed Turkish Defense Ministry officials Friday claimed reports of the accord were untrue, and Turkish Presidential Communications Director Fahrettin Altun said in a series of tweets that the health programs would strictly enroll armed forces personnel, not civilians.

Some of the Turkish news outlets that reported erroneously on the accords later issued corrections, but the tensions regarding Turkey-Qatari cooperation reflect ongoing disdain among opposition members and opposition news outlets regarding deepening ties between Turkish President Recep Tayyip Erdogan and Doha.

Critics have long condemned the Turkish leader’s relations with the ideologically aligned Qatari Emir Tamim bin Hamad Al Thani. In a November 2020 joint meeting in Ankara, the pair signed 10 deals that saw the Qatar Investment Authority purchase a 10% stake in Turkey’s main stock exchange, as well as agreements to transfer shares of a luxury shopping mall in Istanbul and a port in Turkey’s Mediterranean city of Antalya, among other accords.

This came in addition to a $15 billion swap agreement between Turkey and Qatar, which could be expanded in the coming weeks as the Turkish Central Bank is currently pursuing new credit lines.

Such accords have helped the two governments support one another through periods of political isolation, such as with the Saudi-led blockade on Qatar, and bolstered cooperation in various fields.

Since 2015, Turkish forces have been active at the Tariq bin Ziyad military base outside Doha and have expanded their presence there over the years.

Haldun Yalcinkaya, a professor of international security studies at Ankara’s TOBB University of Economics and Technology, said Turkey-Qatar military cooperation is part of a broader foreign policy agenda pursued by Ankara in which Turkish armed forces have run training programs with about 30 nations.

Yalcinkaya said that in recent years, Turkey's armed forces have expanded military capacity-building programs and, through them, bolstered foreign relations with partner nations such as Azerbaijan, Afghanistan, Somalia, and NATO-allies including Bulgaria and Romania.

“Although militaries always resemble hard power, in this sense, [the training programs are] a kind of soft power for Turkey,” Yalcinkaya told Al-Monitor. “Turkey develops its military academies and training facilities and receives many students from many nations.”