No end in sight for Egyptian Nubians jailed in Saudi Arabia

Despite growing calls to release 10 Nubians who have been detained in Saudi Arabia for nearly a year, it seems the Egyptian government is not making any effort to resolve the case. 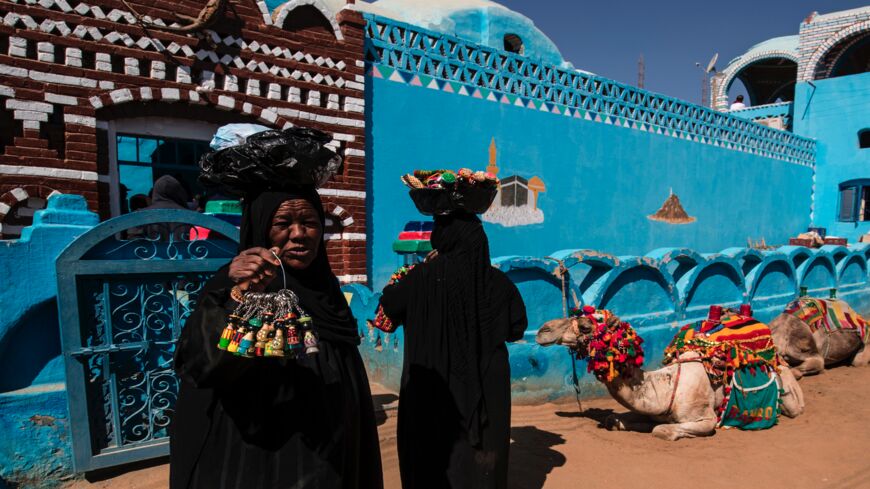 Nubian Egyptian women sell souvenirs in the village of Gharb Suhail near Aswan in Upper Egypt, some 920 kilometers south of the capital, Cairo, on Feb. 5, 2020. - KHALED DESOUKI/AFP via Getty Images

In a June 21 statement, Egypt’s Reform and Development Party called for the release of 10 Egyptian Nubian nationals who have been detained in Saudi Arabia since their arrest in July 2020 in relation to a community event they held back in 2019 dubbed “Egyptian Nubian, the Heroes of the October 6th War.”

The party’s head, Mohammed Anwar al-Sadat, said in the statement published on the party’s official website, “The rules and regulations in the Kingdom of Saudi Arabia prohibit the establishment of associations or entities belonging to the different communities residing on Saudi land, according to what was mentioned in the Egyptian Consulate statement on Oct. 29, 2020. But there was no bad faith, criminal offense or any harm intended to the kingdom by the Nubian Association in Riyadh [when it held the event].”

Sadat added, “There are many international agreements that grant this right to foreign minorities in different countries, which can preserve their cultural, religious and linguistic identity. This is something very common in all countries of the world, where no state has imposed sanctions or detained any person or group of people for establishing civil associations.”

“Moreover, Saudi Arabia had agreed since the 1990s to the establishment of a Nubian association on its land,” he said, stressing that the detention is an unjustified measure by Saudi authorities.

On Oct. 25, 2019, the Nubian Association in Riyadh decided to hold a symposium to mark the anniversary of the October 6th War, with banners featuring the most prominent Nubian figures who participated in the war, including Gen. Mohamed Hussein Tantawy.

The group was arrested and interrogated by Saudi security forces for not putting up the photo of Egyptian President Abdel Fattah al-Sisi, according to the Gulf Center for Human Rights.

The center called on Saudi authorities to release the detained Nubians in Saudi Arabia, who were arrested for the second time.

The center condemned “arbitrary detention of the 10 Egyptian citizens, who have been imprisoned for almost a year, in violation of their right to peaceful assembly,” calling on Saudi Arabia to stick to its international commitments to “protect the existence of minorities, their national or ethnic identity, and their cultural, religious and linguistic identity, and to create conditions that strengthen this identity and enable them to carry out their peaceful activities without any harassment or arbitrary measures.”

Khaled Ibrahim, director of the Gulf Center for Human Rights, told Al-Monitor that among the detainees were the current and former heads of the Nubian community in Riyadh, and the head of the Dahmit Nubian Village Association in Riyadh.

Ibrahim stressed that Nubian associations in Saudi Arabia were established decades ago and do not have any political objectives, as all of their activities are cultural and social and aim to raise awareness among the members of the Nubian community and strengthen their ties among each other, especially in a foreign country away from their homeland of Egypt.

He added, “It’s the second time that Saudi authorities arrest the 10 Egyptian Nubians who have been detained since July 2020 despite their efforts to explain that the photos were only of the Nubians who participated in the war. The event was not politically motivated. Yet these people were detained for two months at al-Hair prison in Riyadh in 2019 before they were released with a travel ban pending the resumption of the case. They were arrested again on July 14, 2020.”

Ibrahim said the detainees were transferred three months ago to Asir prison in Abha city without being allowed to see their lawyers or know the charges they were facing.

He added, “It is necessary to put an immediate end to this arbitrary detention of these 10 Egyptian citizens. Saudi authorities are fully responsible for protecting the existence of minorities and their ethnic identities.”

Hani Youssef, coordinator of the Nubian Club for the Displacement of Nasr al-Nuba’s Nubians, told Al-Monitor via phone, “Nubians maintain very good relations with the Gulf states and Arab countries in general. Since Saudi King Salman came to power, Nubians were allowed to establish their own organizations in Saudi Arabia for social solidarity. They have been living in Saudi Arabia for long years in peace without any encroachment on their organizations or associations, which are not based on any political framework.”

Youssef explained the recent developments and the arrest of the group of Nubians in Riyadh. He said a large coalition that includes all 40 Nubian societies was established in early 2020 in Riyadh, calling on the Egyptian president to abide by Article 236 of the Egyptian Constitution allowing the return of Nubians to their homeland.

“This event is usually held every year without any problem whatsoever,” Youssef said.

Article 236 of the Egyptian Constitution provides for the implementation of a comprehensive urban and economic development plan in the border and underprivileged areas including Upper Egypt, Sinai and Nubia, with the participation of members of these communities in a bid to preserve the cultural identity of these local identities.

The article also provides for a project to return Nubians to their original areas that need to be developed over 10 years as regulated by the law.

Nubians have been struggling since the 1960s when they were displaced from their lands to allow for the construction of the Aswan High Dam. Since then, they have been calling for their historical rights of return to their original villages on both sides of Lake Nasser and for their rights to develop these areas.

“I am absolutely certain that the detention of Nubians twice in a row in Saudi prisons was completely incited by Egypt, because the Egyptian government did not lift a finger to mend the situation or work its diplomacy to have them released despite the fact that their parents have demanded the Egyptian Embassy take action,” Youssef said.

Despite the controversy over the affair and accusations against the government for allowing the arrest of the Nubians, no official statement has been issued by the Ministry of Foreign Affairs or the Ministry of Immigration. 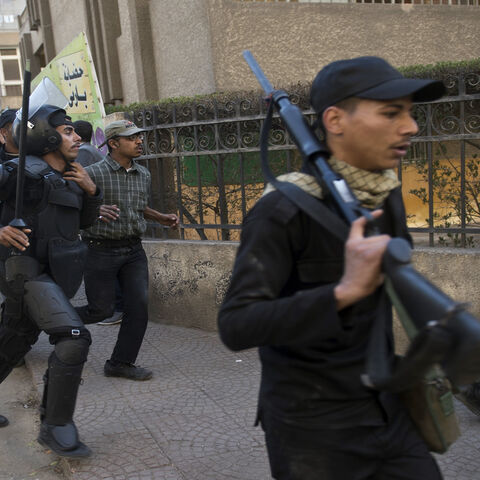 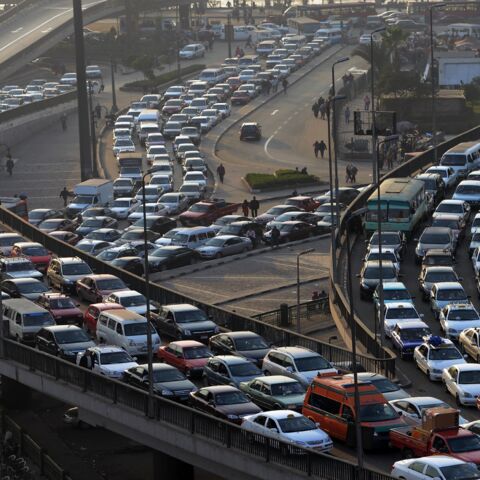 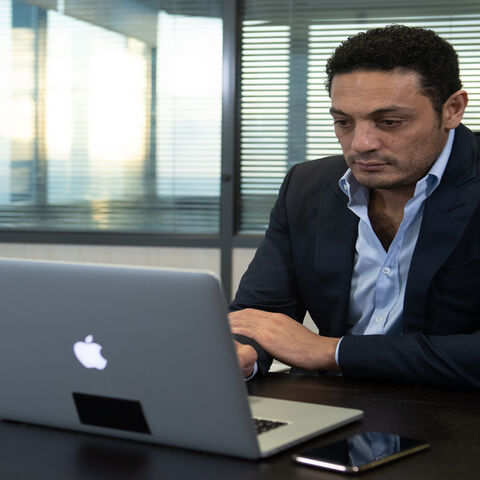