The group describes its mission as “encouraging Turkey to adopt more democratic policies and responding to the steady erosion of Turkey’s democratic institutions.” 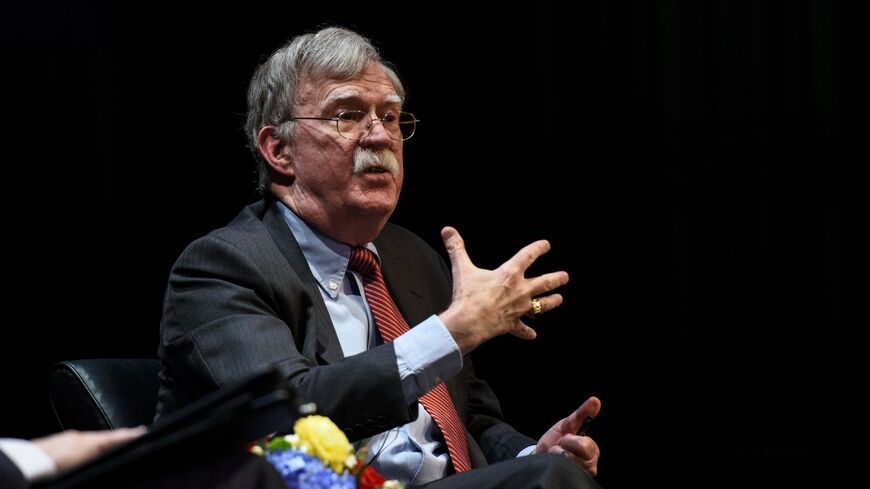 John Bolton, the former national security adviser to President Donald Trump, says he’s joined the advisory council of the Turkish Democracy Project, a newly launched nonprofit, “to shine a light on the darkening situation” in Turkey.

“It’s time to sound the alarm on Turkey,” Bolton wrote in his Twitter announcement Wednesday. Bolton went on to describe Ankara as a one-time reliable NATO ally that has grown too close to Russia.

The Turkish Democracy Project is “a nonprofit, non-partisan, international policy organization formed in response to Turkey’s recent turn away from democracy and toward authoritarianism,” its website says.

The organization describes its mission as “encouraging Turkey to adopt more democratic policies and responding to the steady erosion of Turkey’s democratic institutions, human rights protections, and economic well-being.”

US-Turkish relations have been strained in recent years over issues including Ankara’s purchase of Russia missile systems, its military campaign against US-backed Syrian Kurdish forces and its deteriorating human rights record.

In addition to Bolton, the Turkish Democracy Project’s advisory council includes a number of other George W. Bush administration veterans and Iran hawks. The group’s CEO, Mark D. Wallace, served as a US ambassador to the United Nations for management and reform under Bush and CEO of the advocacy group United Against Nuclear Iran.

The pro-government Turkish media described the Turkish Democracy Project as the work of what Ankara has branded the Fethullah Gulen Terror Organization. The government blames followers of Pennsylvania-based cleric Fethullah Gulen for the July 2016 coup attempt that left at least 250 people dead and over 2,000 injured.

The Daily Sabah outlet said the Turkish Democracy Project was a “platform for anti-Turkey propaganda” and reported that two of the organization's board members, Aykan Erdemir and Suleyman Ozeren, are wanted in Turkey in connection with the failed coup.