Former presidential candidate Mehdi Karroubi has called on Reformists to pick a candidate. 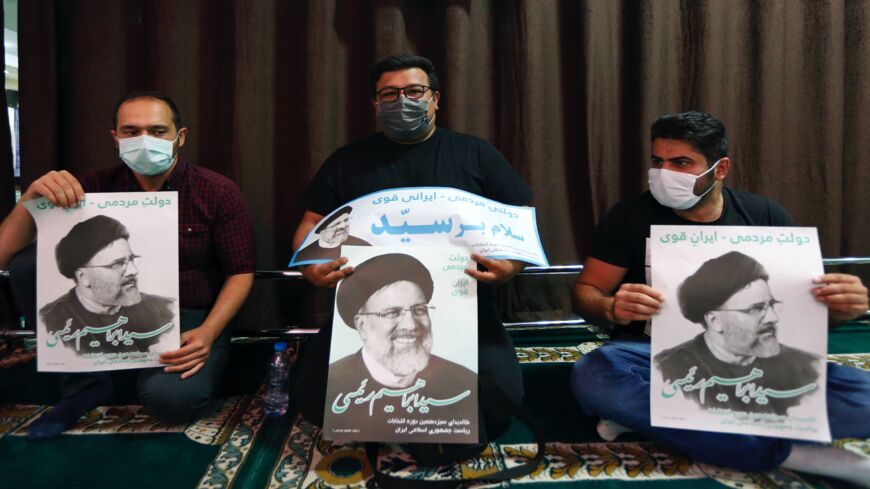 Supporters of Iranian presidential candidate Ebrahim Raisi hold posters of him during an election campaign rally in the capital, Tehran, on June 10, 2021. - STR/AFP via Getty Images

Mehdi Karroubi, the 2009 presidential candidate who was put under house arrest for challenging the result of those elections, has urged Iranians to vote despite the shortcomings of the election process.

According to his son Hossein, Karroubi said this year’s disqualifications were “unprecedented.” Well-known moderate candidates such as Ali Larijani and Eshaq Jahangiri and former conservative president Mahmoud Ahmadinejad were all disqualified from running for the presidency.

Karroubi believes a minority faction within the establishment who lack popular support are “trying to eliminate any remnant of a republic from the political system.” It is no secret at this point that a powerful group is pushing the candidacy of current Judiciary Chief Ebrahim Raisi. According to Karroubi, this small group is counting on a small turnout to get the election result they desire.

Karroubi understood there are those who have chosen not to participate because the current election process has been a “national humiliation.” However, he has encouraged the Reformist groups in the country to pick a candidate. Reformists have not formally endorsed any candidate, and they have repeatedly said all of their candidates have been disqualified from running.

Despite the public statements that Reformists do not have a candidate, there is speculation that Reformists are endorsing moderate candidate and former head of the Central Bank Abdolnaser Hemmati. Hossein Marashi, spokesperson for the Reformist party the Executives of Construction Party of Iran said during an April 30 interview that Reformists would introduce “secret candidates” in the final minutes before the election. He explained that the criteria for a secret candidate would be that they can pass the Guardian Council, attract popularity and manage the country competently. According to Khabar Online, Marashi said Hemmati was a secret candidate.