Iranians are voting for their next president in 133 countries worldwide. 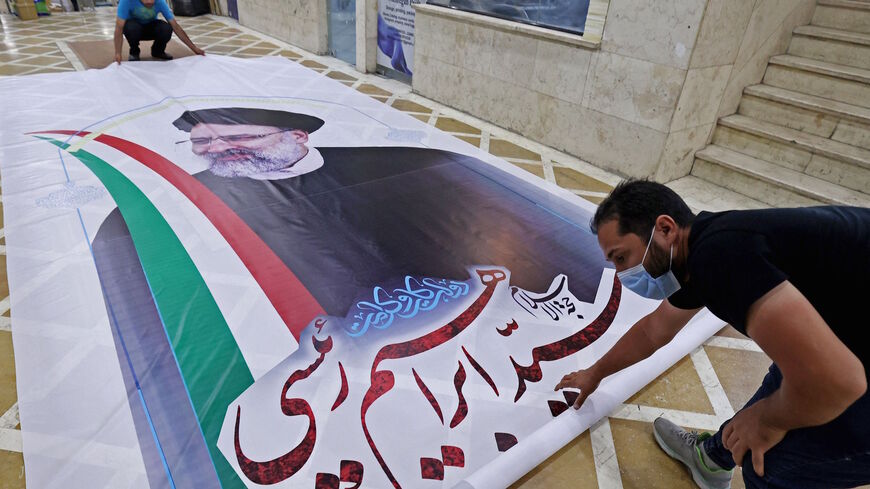 A worker prepares a campaign banner for presidential candidate Ebrahim Raisi at a print shop in the Iranian capital Tehran on June 7, 2021. - ATTA KENARE/AFP via Getty Images

There are several voting centers throughout the United States where Iranians can vote in today's presidential election, according to the Iranian government.

The official Islamic Republic News Agency reported on Wednesday that there are 27 polling stations in 18 states, including Washington, DC, for Iranian citizens to cast their ballots. Polls opened at 8:00 a.m. and will close at 6:00 p.m., according to the agency, which cited Iran’s ambassador to the United Nations Majid Takht Ravanchi.

Iranians are voting for the successor of President Hassan Rouhani, who is term limited. Some Iranian analysts view the vote as between Reformist candidates, who have been hindered by the authorities, and conservative figures more favored by the Islamic Republic establishment. Low turnout is widely expected. Only candidates approved by Supreme Leader  Ayatollah Ali Khamenei can run.

Iran and the United States lack formal diplomatic relations, and the Pakistani Embassy in Washington represents Iran in the country. Iran also has a mission at the UN headquarters in New York City, where Ravanchi is based.

Citizens of Iran are able to vote in 133 countries at 234 polling stations. Some of the voting is taking place at Iranian embassies. There will be no ballots cast in Yemen due to the war, nor in Singapore because of coronavirus-related concerns.

Canada also denied Iran’s request to set up voting stations in the country, Iranian Foreign Ministry spokesperson Saeed Khatibzadeh said on Thursday. Like the United States, Canada does not have relations with Iran. Global Affairs Canada had not yet replied to Al-Monitor’s request for comment as of time of publication.