The government spokesman suggested the nuclear talks could stretch well into the term of the next Iranian administration led by ultraconservative President-elect Ebrahim Raisi. 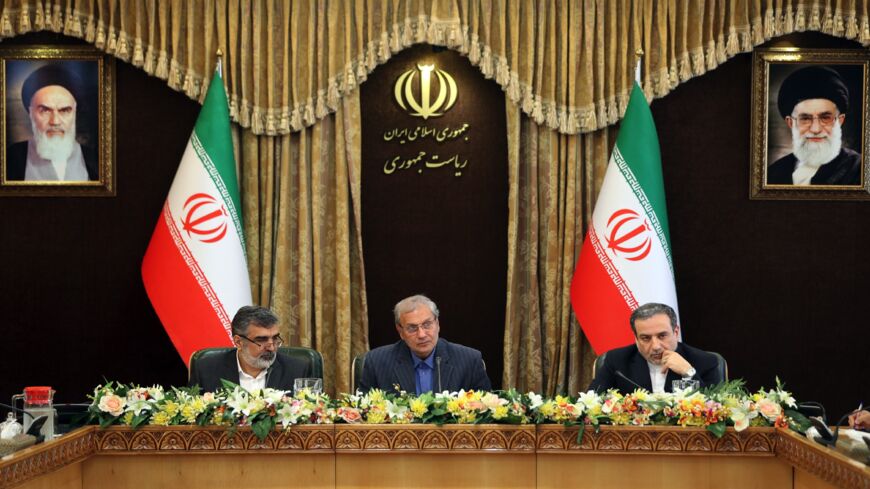 Iranian government spokesperson Ali Rabiei said the Islamic Republic has now finalized its decision following six rounds of negotiations in Vienna over the revival of the Iran nuclear deal, or the Joint Comprehensive Plan of Action (JCPOA).

"Our positions are absolutely clear to all the parties," Rabiei declared at a virtual presser on June 29. According to him, Tehran is now awaiting a decision by the other sides, including the United States, which has been indirectly involved in the talks. The other parties are the United Kingdom, France, Germany, China and Russia.

Rabiei did not specify the nature of the Iranian decision, such as possible concessions or gains that Tehran has possibly agreed upon. The Iranian negotiators returned to their capital earlier this month for consultations. Any key decision at such a level is only made with the approval of Supreme Leader Ayatollah Ali Khamenei, whose greenlight allowed for the original JCPOA back in 2015.

Rabiei noted there is agreement on the lifting of the key oil and banking sanctions the United States reimposed on Iran following its departure from the accord in 2018. The punitive measures have triggered a sharp downturn in Iran's economy and have seen the country's national currency nosedive at levels not seen in Iran's recent history.

Yet he noted that "unless there is agreement on all the agenda points, there is practically no deal." The Iranian official seemed to be referring to sanctions imposed on individuals and entities linked to the office of Iran's supreme leader, which according to diplomats have been a contentious point putting a brake on the intense Vienna talks.

Picking up on the official line that there is no rush for a deal, Rabiei hinted at the possibility that the talks may bear no fruit during President Hassan Rouhani's remaining few weeks in office. In that case, he said, the ruling establishment could delegate the duty to the next administration under hard-line President-elect Ebrahim Raisi.

After Raisi's victory in a low-turnout, controversial election on June 18, the Vienna negotiations were adjourned in what seemed to be Washington's moment of contemplation on what lies ahead in light of new arrangements in Tehran's corridors of power.

While Raisi has announced that he will pursue the JCPOA revival talks, his precise plans are still everyone's guess. A complete in-house cleanup within Iran's negotiating team, however, is a likely possibility the cleric is said to be weighing.

Speculations are currently rife that his main candidate for a new foreign minister is Ali Bagheri Kani. A close aide to the hard-line president-elect, Bagheri Kani was Iran's senior nuclear negotiator (2007-2013) in a team of uncompromising diplomats at the height of Tehran's standoff with the West, when talks were characterized with one lengthy stalemate after another.