The clashes on Friday came as the Israeli military carried out airstrikes in Gaza in response to continuing incendiary balloons. 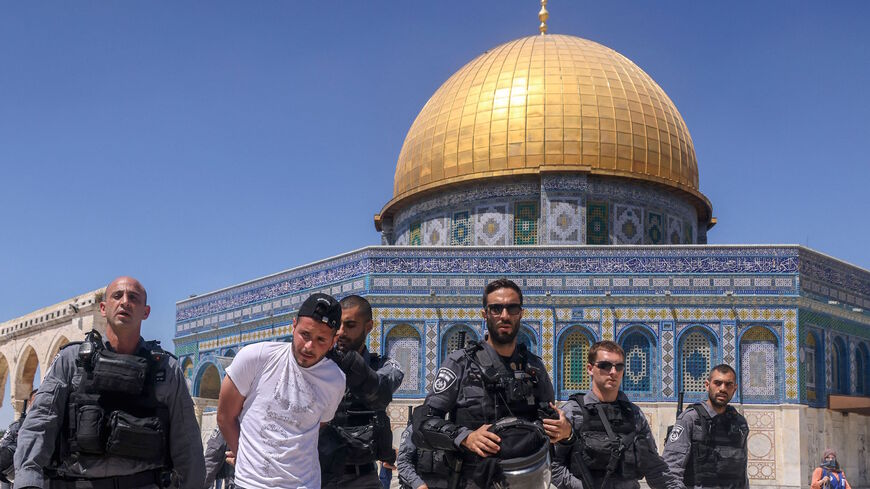 A number of Palestinian demonstrators were wounded in clashes with Israeli police at the Al-Aqsa compound in Jerusalem following Friday prayers.

According to the Palestinian Red Crescent, nine Palestinians were injured when Israeli forces fired foam-tipped bullets and stun grenades into the crowd. Three were hospitalized, the emergency service said.

The Jerusalem Post reports that Palestinian worshipers could be seen on video hurling stones at border police officers stationed at the entrance, who responded by firing at the protesters. Israeli police said in a statement that they arrested 14 people for rioting and stone-throwing after they refused to disperse.

Revered by both Muslims and Jews, Al-Aqsa Mosque is often a flashpoint in the Palestinian-Israeli crisis. The site is the third holiest in Islam and the holiest for Jews, who call it the Temple Mount.

On Tuesday, thousands of right-wing Jewish nationalists waved Israeli flags and paraded through Jerusalem’s Old City, with some reportedly chanting "Death to Arabs." The annual march, which marks Israel’s 1967 capture of east Jerusalem, was originally scheduled for May 10, but was postponed after Hamas fired rockets at the holy city.

The rocket fire set off the worst violence in years between Israel and the Gaza-based militant group. More than 250 people died in the 11-day conflict, the vast majority of them Palestinians who were killed by Israeli airstrikes in the Gaza Strip.

Despite an Egyptian-brokered cease-fire reached on May 21, tensions remain high. Israeli warplanes carried out airstrikes in Gaza overnight Thursday in retaliation for incendiary balloons sent into Israel. Neither side has reported casualties.

The flare-up of violence poses a test for Israel’s fragile new government, which was sworn in by the Knesset on Sunday. Right-wing Yamina leader Naftali Bennett, who opposes Palestinian statehood, replaced the long-serving Benjamin Netanyahu as Israel’s prime minister.