Flames and smoke rise over the central Gaza Strip as Israeli warplanes retaliate against rocket fire into southern Israel in the biggest escalation in months - BASHAR TALEB
by Paul Raymond with Adel Zaanoun in Gaza
April 20, 2022 — Jerusalem (AFP)

Israel carried out air strikes in central Gaza after midnight, hours after a rocket fired by militants hit the garden of a house in southern Israel -- the first such fire to hit the Jewish state since January.

The military said it had hit an underground rocket factory, prompting another volley of at least four more rockets from the impoverished territory run by Islamist movement Hamas.

The exchanges come after nearly a month of deadly violence in Israel and the Palestinian territories, focused on Jerusalem's super-sensitive Al-Aqsa mosque compound, known to Jews as the Temple Mount. 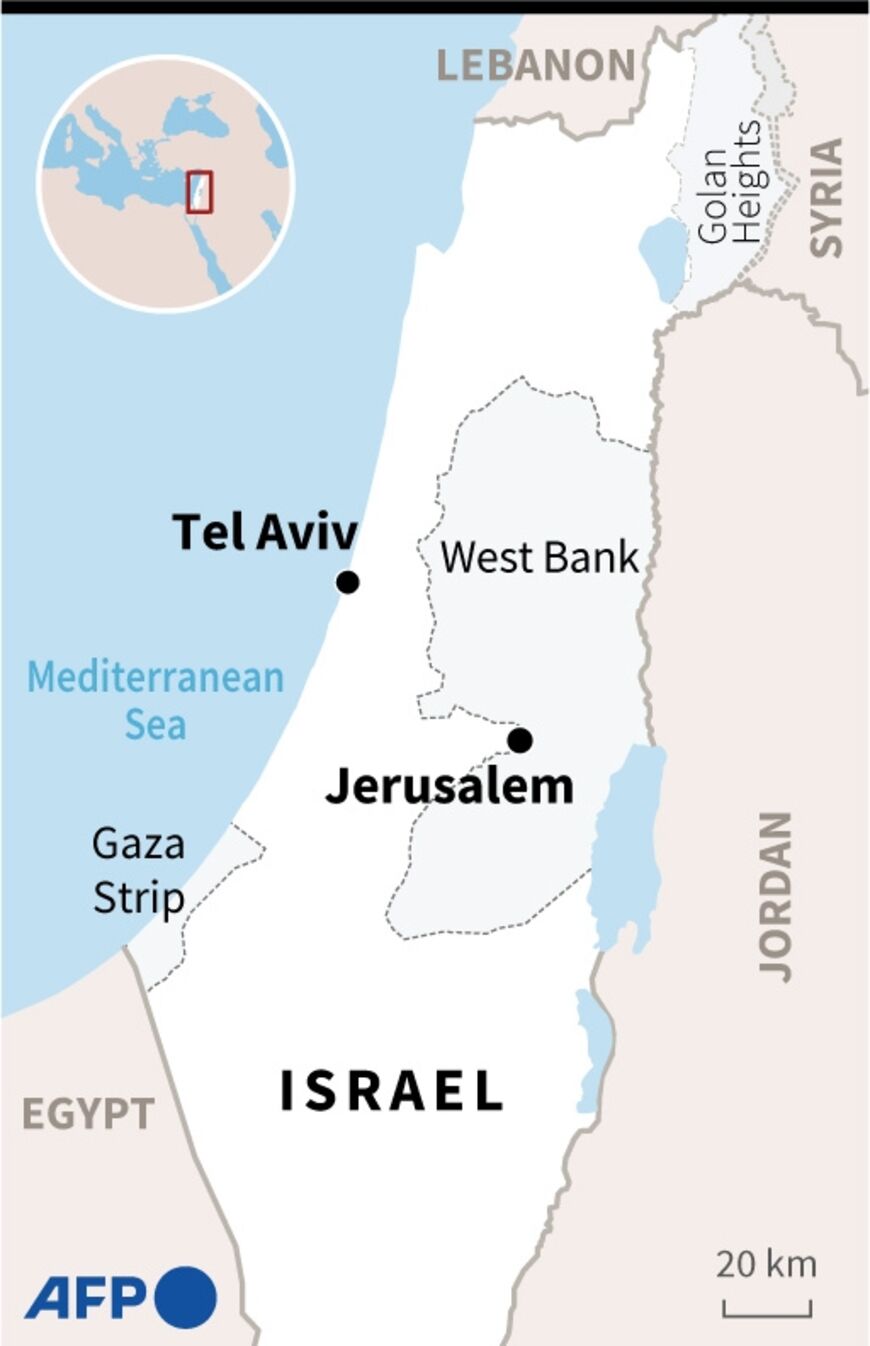 The Palestinian Red Crescent said its medics were treating a person who was hit in the face with a rubber-coated steel bullet inside the Al-Aqsa.

Israeli police said dozens of "rioters" had thrown stones and petrol bombs from the mosque.

"A violent splinter group is stopping Muslim worshippers from entering the mosque and causing damage to the site," the police alleged, adding that the wounded were refusing to be treated by Israelis.

Seven Palestinians, all residents of east Jerusalem, were arrested in connection with "violent incidents" on Wednesday.

More than four weeks of deadly violence have sparked international concerns of a major escalation, a year after a similar set of circumstances degenerated into an 11-day war.

Senior Palestinian official Hussein al-Sheikh said that US acting Assistant Secretary of State Yael Lempert and senior diplomat Hady Amr would be arriving in the Palestinian territories to discuss the escalation, specifically at the Al-Aqsa.

Tensions have been particularly high as the Jewish Passover festival coincides with the Muslim holy month of Ramadan.

A total of 23 Palestinians have been killed since March 22, including assailants who targeted Israelis, according to an AFP tally.

Palestinians have been outraged by repeated visits by Israeli Jews to the Al-Aqsa mosque compound -- the third-holiest site in Islam.

By long-standing convention, Jews are allowed to visit, but not pray in, the compound, which is also Judaism's holiest site.

On Wednesday, Israeli police prevented hundreds of far-right Jewish nationalists from parading through the Muslim quarter of the Old City.

Last year, a similar ultra-nationalist march had been set to start when Hamas launched a barrage of rockets towards Israel, sparking the 11-day war.

On Wednesday afternoon, over a thousand of his supporters gathered outside the Old City, some shouting "death to the Arabs!"

"I'll say it clearly, I'm not going to blink, not going to fold," Ben Gvir told AFP, as youth behind him chanted "Bennett go home!"

"Some Jews don't surrender to Hamas," he said.

On Tuesday, Israel had carried out its first strike on Gaza in months, in response to the first rocket fire since January from the Palestinian enclave, which was intercepted by Israeli air defences.

Hamas spokesman Fawzi Barhoum said Thursday that the movement was "determined to continue the struggle side by side with the Palestinian people to resist (Israeli) aggression no matter the sacrifices."

The escalation has proved a political headache for Bennett, himself a right-winger and a key figure in Israel's settlement movement but who leads an ideologically divided coalition government.

This month, it lost its wafer-thin majority in parliament, after one lawmaker defected over the use of leavened bread products in hospitals during Passover.

Then on Sunday, the Raam party, drawn from the country's Arab minority, suspended its support for the coalition over the Al-Aqsa violence.

Nationalist lawmakers are under pressure to quit the coalition, which the right-wing opposition charges is too favourable to Palestinians and Israel's Arab minority.