The boycott, divestment and sanctions movement slammed Ismail Haniyeh for meeting with Morocco's prime minister due to Morocco's relations with Israel. 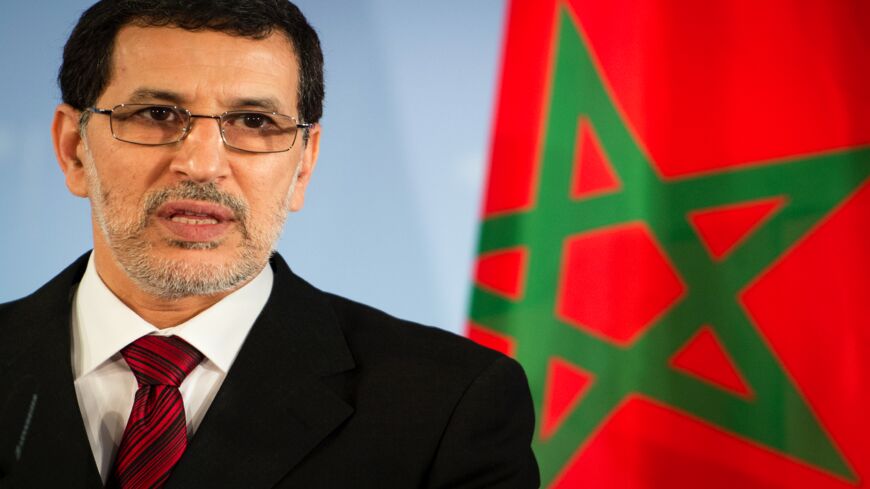 Moroccan Foreign Minister Saadeddine Othmani addresses a press conference with his German counterpart (unseen) at the Foreign Ministry in Berlin on Nov. 23, 2012. The two ministers discussed the ongoing hostilities in Syria and expressed hope for a cease-fire between Hamas and Israel. - ODD ANDERSEN/AFP via Getty Images

The boycott, divestment and sanctions (BDS) movement is upset at a Hamas leader for meeting with the Moroccan prime minister due to Morocco having relations with Israel.

BDS released an Arabic-language statement on Tuesday to “denounce” Hamas’ political head, Ismail Haniyeh, for meeting with Moroccan Prime Minister Saadeddine Othmani. The meeting took place last week during Haniyeh’s trip to Morocco, during which he also met with Islamist and opposition parties.

“We strongly condemn Haniyeh’s meeting with the Moroccan prime minister, which betrays our people and furthers normalization with the occupation and its continuing crimes,” BDS said in the statement.

BDS is a pro-Palestine movement that supports various boycotts against Israel due to its treatment of Palestinians, with supporters in Europe and the United States. BDS advocates consider it a non-violent resistance movement in support of the Palestinian cause. Critics argue it unfairly singles out and seeks to dismantle the state of Israel.

The statement had harsh words for the Moroccan government, referring to it as a “regime.” It also praised protests in Morocco against the North African country’s relations with Israel.

Morocco normalized its relations with Israel in December as part of the Abraham Accords, which were brokered by the former Donald Trump administration. The countries previously had informal relations in the 1990s. Morocco once had a sizable Jewish community, but a mass exodus to Israel began following anti-Jewish riots in 1948.

Othmani has actually voiced support for Palestinians recently. Following last month’s war between Hamas and Israel, Othmani wrote to Haniyeh congratulating him for his “victory” against Israel and praising the Palestinian “resistance.”