Lebanon's armed forces are to receive an additional $15 million in US aid. 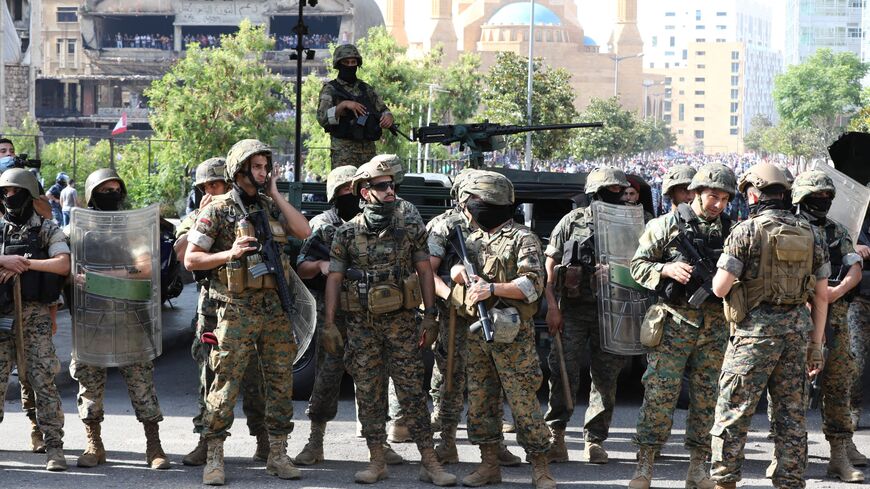 Washington is moving to bolster Lebanon’s armed forces as the country faces economic collapse and an increasingly intractable political crisis.

The US on Friday announced an additional $15 million in aid to Lebanon’s military for 2021 following a first-of-its-kind conference between senior State Department and Defense Department officials and the commander of Lebanon's armed forces, Gen. Joseph Aoun.

The two sides agreed to increase US defense cooperation with Lebanon's armed forces and to “develop a five-year plan to develop the army's capabilities,” the Lebanese armed forces said in a statement.

The State Department said the two sides “discussed ways to leverage the full range of authorities under US law through which the United States can provide additional assistance to the [Lebanese armed forces] as it grapples with the economic crises in Lebanon.”

The United States has already agreed to provide Lebanon’s navy with three Protector-class patrol boats by 2022 to enhance its counter-smuggling and other maritime security abilities.

US military assistance to Lebanon increased significantly in 2014 as groups such as the Islamic State and al-Qaeda threatened to spill across Syria’s borders amid the latter country’s chaotic civil war.

Washington has moved to provide some $1.8 billion in arms sales and defense equipment to Lebanon in recent years, including light attack helicopters, Humvees, patrol aircraft and helicopters, Hellfire missiles and TOW anti-tank missiles, in addition to $78 million worth of military electronics, night vision equipment and munitions.