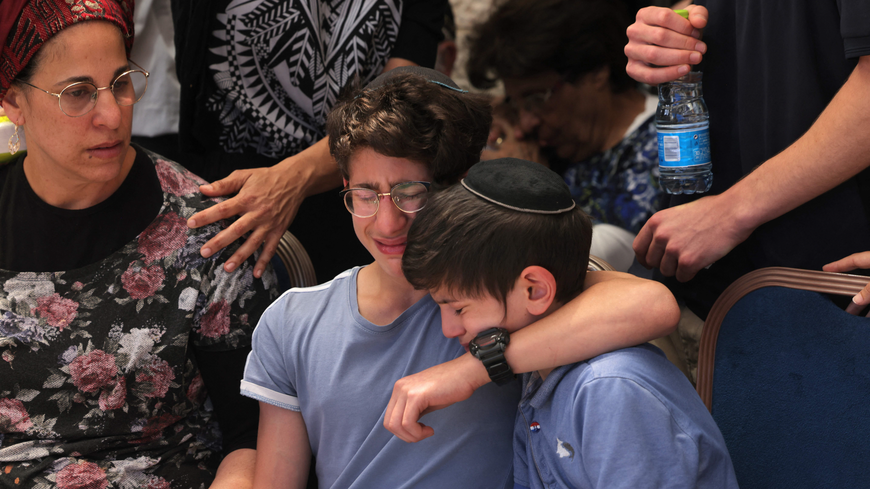 Israeli youths cry during the funeral of Yehuda Gueta, a 19-year-old Yeshiva student, in Jerusalem on May 6, 2021, after he succumbed to his wounds following a Palestinian drive-by shooting attack on May 2, 2021, in the occupied West Bank. - MENAHEM KAHANA/AFP via Getty Images

A Palestinian suspect in the deadly shooting of Israeli teenagers in the West Bank has been arrested, according to Israeli media.

Israeli police and soldiers arrested Muntasir Shalabi in the central West Bank town of Silwad northeast of the Palestinian capital of Ramallah on Wednesday night. He does not have any known affiliations with Palestinian armed groups, The Times of Israel reported. Israel’s public broadcaster Kan also reported the arrest.

Shalabi was wanted in connection with the shooting of three Israeli students Sunday. The attack took place at a bus stop in the Palestinian territory. One of the students, Yehuda Guetta, died Wednesday night.

The Palestinian Authority reported violence Wednesday night as well. Israeli forces shot and killed a Palestinian teenager south of Nablus. The shooting took place during confrontations between the soldiers and local young people, according to the authority's WAFA news agency.