Tensions in the Palestinian territory as well as Jerusalem have led to considerable violence between Jews and Arabs in recent weeks. 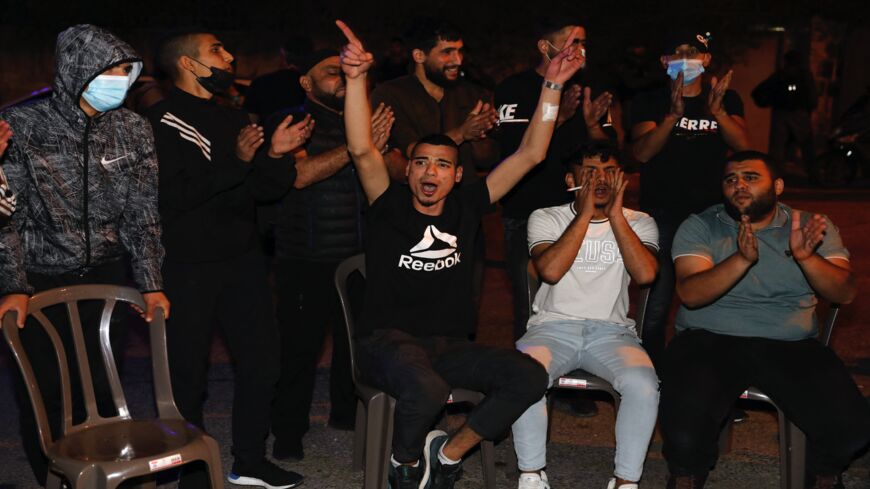 Palestinians protest amid ongoing confrontations as Palestinian families face eviction in the Sheikh Jarrah neighbourhood of East Jerusalem, on May 4, 2021. Israeli Jews backed by courts have taken over houses in Sheikh Jarrah in East Jerusalem on the grounds that Jewish families lived there before fleeing in Israel's 1948 war for independence. The claimants seek to evict a total of 58 more Palestinians, according to the watchdog group Peace Now, and Israel's Supreme Court is set to announce a decision for four of those families on May 6, 2021. - AHMAD GHARABLI/AFP via Getty Images)

The group of settlers burned a large field and threw rocks at cars with Palestinian license plates in the village of Burin south of Nablus. The attackers came from the nearby Israeli settlement of Har Bracha, according to the Palestinian Authority’s official WAFA News Agency.

The Palestinian Authority's account is disputed. A journalist with Israel's public broadcaster Kan reported that the Israel Defense Forces said that Palestinians started the fire near Har Bracha, and that violence erupted afterwards.

Tensions are also high in Jerusalem, where protests by Jewish and Arab residents have sometimes turned violent. There have also been peaceful solidarity demonstrations between the two communities in the city.

Much of the current conflict in Jerusalem is over the Sheikh Jarrah neighborhood, where an Israeli court ordered some Arabs evicted from their homes that are claimed by Jewish settlers. Both communities have protested in the area this week, leading to clashes with police. Israeli police indefinitely closed the Temple Mount holy site in Jerusalem to Jews yesterday in an effort to defuse tensions.

The Jerusalem situation has inflamed tensions throughout and in the Palestinian territories.