Yet another violent incident has increased the tension between Israelis and Palestinians, a lot of it over a land dispute in Jerusalem. 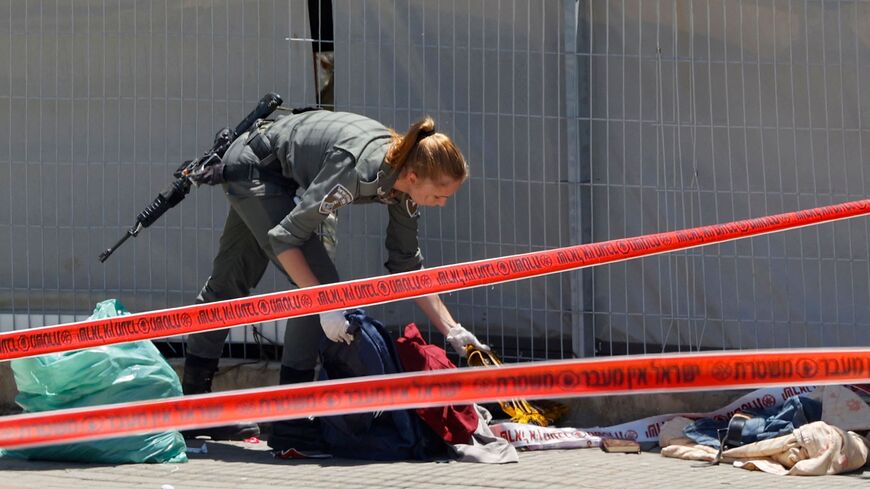 An Israeli soldier checks the belongings of two reported Palestinian attackers killed by Israeli security forces in front of the military base of Salem near the West Bank town of Jenin on May 7, 2021. - JACK GUEZ/AFP via Getty Images

Israeli security forces said they shot and killed two Palestinians and wounded a third after an attack on their forces in the West Bank. The attackers opened fire on Israeli border police near the city of Jenin and the police and an Israeli soldier returned fire, the Associated Press reported today, citing Israeli police.

The Palestinian Authority usually disputes Israel’s accounts of clashes between Israeli forces and Palestinians. However, the PA’s official WAFA News Agency only reported that the men who were shot were in a vehicle. “There was no official Palestinian information on the incident, and circumstances surrounding it remain unclear and largely based on the Israeli version of events,” said the outlet.

There have been several violent episodes in the West Bank recently. This week alone, a Palestinian man was arrested after a shooting of Israeli teenagers that left one dead and a group of Israeli settlers assaulted a Palestinian man, among other incidents.

Much of the tension throughout Israel and the Palestinian Territories is due the situation in Jerusalem, where Palestinians oppose the possible eviction of some Palestinians in the Sheikh Jarrah neighborhood to make way for Israelis who claim the property. An Israeli court is currently deliberating on the issue. There have been several clashes between Jewish and Arab residents and police there in addition to rocket fire from Hamas-controlled Gaza toward Israel. The situation has inflamed regional tensions and the Iranian government has made numerous threats against Israel.

The Palestinian Authority blames Israel for the unrest. “We hold the Israeli government responsible for this escalation and its repercussions,” Palestinian presidential spokesperson Nabil Abu Rudeineh said today.

Israeli says the conflict in Jerusalem is being inflamed by Palestinian officials.

“Regrettably, the PA and Palestinian terror groups are presenting a real estate dispute between private parties as a nationalistic cause in order to incite violence in Jerusalem,” the Israeli Foreign Ministry tweeted today.