Loay Elbasyouni, who grew up in the Gaza Strip and attended UNRWA schools, helped design the first NASA helicopter that hovered over Mars in March 2021. 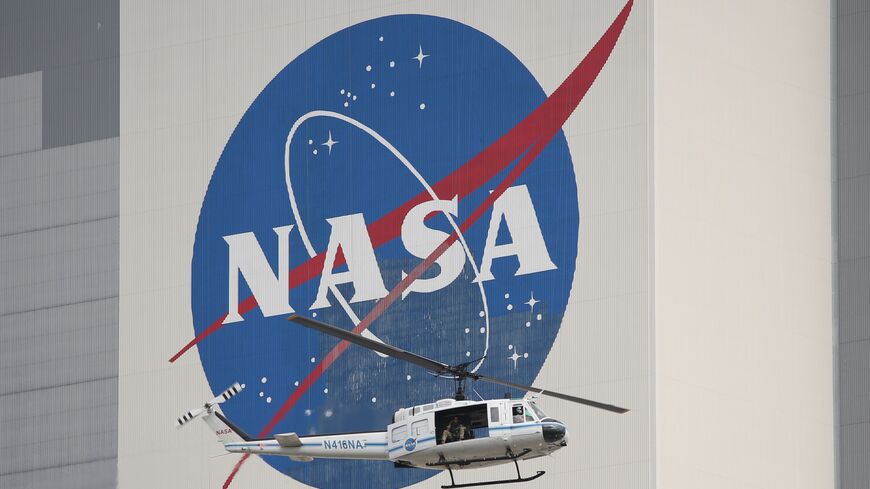 GAZA CITY, Gaza Strip — The National Aeronautics and Space Administration’s (NASA) helicopter, Ingenuity, completed three successful flights to planet Mars in April, and it has become the first man-made helicopter to soar in the skies of another planet.

Palestinian electrical engineer Loay Elbasyouni, 42, participated in the helicopter’s design after a journey of perseverance to stand out in the specialization of alternative energy, which he started since he left Gaza to pursue his studies some 23 years ago.

From his house in Los Angeles, California, he told Al-Monitor over Zoom about the historical accomplishment he achieved with the NASA team. He said, “The project of flying in space and above the surface of Mars was an unbelievable dream for the human mind. With NASA, I started designing a helicopter that would fly over Mars in 2014, and we finished the design in 2018. Our first trip was in March.”

NASA announced April 19 that its small robotic helicopter Ingenuity had made its first flight to Mars in a historical step that was delayed for over a week due to a technical problem. The helicopter reached a height of 10 feet before touching down after 39.1 seconds.

According to France24, NASA successfully carried out the second flight of Ingenuity on Mars April 22 in an air sortie that lasted 52 seconds, during which it reached an altitude of 16 feet. Its third sortie was April 25, but the chopper only reached 16 feet, although it could reach up to 32 feet, according to NASA.

Elbasyouni, who was part of the team that designed Ingenuity, which operates on electrical energy, said, “My main specialization was in designing Rotor Electrical & propulsion systems.”

He noted that testing the helicopter was one of the toughest steps because of the different conditions between the air space on the ground and on Mars.

After completing his bachelor’s degree in electrical engineering from the American University of Louisville in 2004, he pursued a master’s degree in computer and electrical engineering from the same university after eight months. He then began working in companies specializing in energy conversion technologies and advanced propulsion systems, developing space applications and designing engines. He joined the NASA team in 2014.

Elbasyouni was born in Germany when his father was still studying there. But he does not hold the German citizenship. His family moved to Gaza when he was five years old. He recalled how he was passionate about repairing electrical appliances during his childhood. He would go to one of the most popular markets in Gaza City, the Firas market, to buy small electronics to fix or use them to repair other equipment.

“I dreamt of exploring space since my childhood. My intuition was telling me that I would fulfill my dream, even though I was aware — as a child — that Palestine does not have a space agency,” he said.

Elbasyouni lived in the Gaza Strip during the brief period of peace, after the signing of the Oslo Accord in 1994 between the PLO and Israel. He left Gaza in 1998 to study in the United States, but he returned briefly to visit his family in August 2000. He then flew back to the United States, about two weeks before the outbreak of the Palestinian intifada in September 2000 — that was his last visit.

The situation in the Gaza Strip has become more complicated since 2007, due to the Israeli-Egyptian blockade imposed on the enclave since Hamas took control in 2007. Elbasyouni believes that it is not easy to return to Gaza under these circumstances.

His studies faltered for financial reasons. “I had to complete my studies at my own expense. My family’s situation was difficult at the beginning of the uprising because our farmland near the borders was dredged. I worked at several restaurants by delivering pizza to save for my tuition fees.”

He added, “My father — who worked as a surgeon — paid for part of my studies and the studies of my brothers outside the Gaza Strip, but when my dad couldn't help, I had to stop my studies and work to secure the tuition before proceeding.”

He recalls that at that time, he had been exposed to many racist situations, adding, “I cannot forget when a group of students beat me and hurled racist insults at me while I was delivering pizza. I became a matter of public opinion in America at that time.”

Many young people in the Gaza Strip celebrated on social media the great success that Elbasyouni had achieved.

It was not only the Palestinians who celebrated the achievement, but also the Commissioner-General of UNRWA, Philip Lazzarini, who was proud of the achievement of the former student who went to UNRWA schools in Gaza before enrolling in American universities.

“I was educated in UNRWA schools, and I am happy with the new US administration’s decision to refinance its schools in Gaza,” Elbasyouni said.

On April 7, the Joe Biden administration announced its decision to provide $235 million in aid to the Palestinians, to restore part of the aid cut off by former US President Donald Trump.

Elbasyouni dreams of achieving more successes in the future by establishing his own company in the use of alternate energy sources, and he dreams of flying in space and to other planets at altitudes higher than those achieved by Ingenuity in its first flights over the surface of Mars.

Elbasyouni is following the current escalation in Gaza through the media with great concern, as his family, who lives in the north, is close to the Israeli bombing that killed a group of children from al-Masry family on the first day of the current round of escalation between Palestinian factions and Israel. Several areas in the north were subjected to indiscriminate artillery shelling.

He said, “I called my cousins, who live in the north, to say Eid Mubarak, and they told me that they aren’t celebrating and are sleeping in separate rooms at night so that they will not be killed all at once as a result of the random artillery bombing throughout the residential area there.”