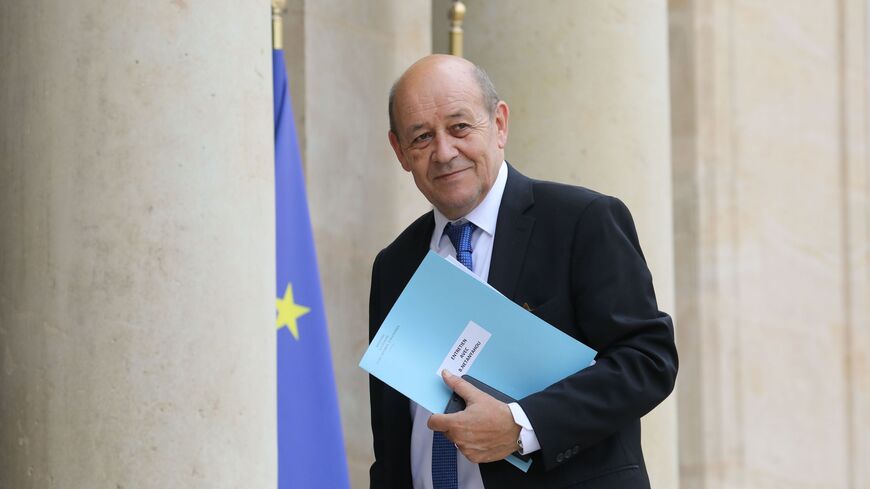 French Minister of Europe and Foreign Affairs Jean-Yves Le Drian arrives at the Elysee palace on June 5, 2018, in Paris during the visit of the Israeli prime minister. - LUDOVIC MARIN/AFP via Getty Images

Israel summoned the French ambassador on Thursday in protest over French Foreign Minister Jean-Yves Le Drian’s statement that the Jewish state’s policies toward the Palestinians risked a “long-lasting apartheid.”

The Israeli Foreign Ministry said in a statement that Foreign Minister Gabi Ashkenazi told Ambassador Eric Danon that Le Drian’s comments were “unacceptable, baseless, far from the reality and Israel rejects them out of hand.”

“Israel expects its friends to not express themselves in an irresponsible way,” the statement read, according to The Times of Israel. Ashkenazi called Le Drian’s comments “in effect a prize to extremist elements and terror organizations, first off the Hamas terror organization.”

In an interview on Sunday, Le Drian was commenting on the violent clashes between Jews and Arabs living in Israel’s mixed cities. He said the prospect of a two-state solution “was starting to disappear” and that the “risk of apartheid is high” if Israel continues with its “single-state logic.”

“If in the future we had a solution other than the two-state solution, we would have the ingredients of long-lasting apartheid,” the French diplomat said.

Israeli officials were quick to condemn the use of the term “apartheid.” Prime Minister Benjamin Netanyahu condemned Le Drian’s comments as “an insolent, false claim that has no basis,” adding that Israel will ”not tolerate any hypocritical and mendacious preaching of morality.”

Apartheid is considered a crime against humanity under international law. The term was originally used to describe South Africa’s institutionalized segregation and oppression of black people by the country's white minority.

In April, Human Rights Watch accused Israel of carrying out apartheid and persecution by enforcing an “overarching” policy to “maintain the domination of Jewish Israelis over Palestinians” living in occupied territory. The Israeli Foreign Ministry dismissed the New York-based group’s 213-page report as a "propaganda pamphlet.”