Israel could get own digital coin

Joining the global race, the Bank of Israel presented last week the model it recommends for the digital shekel coin. 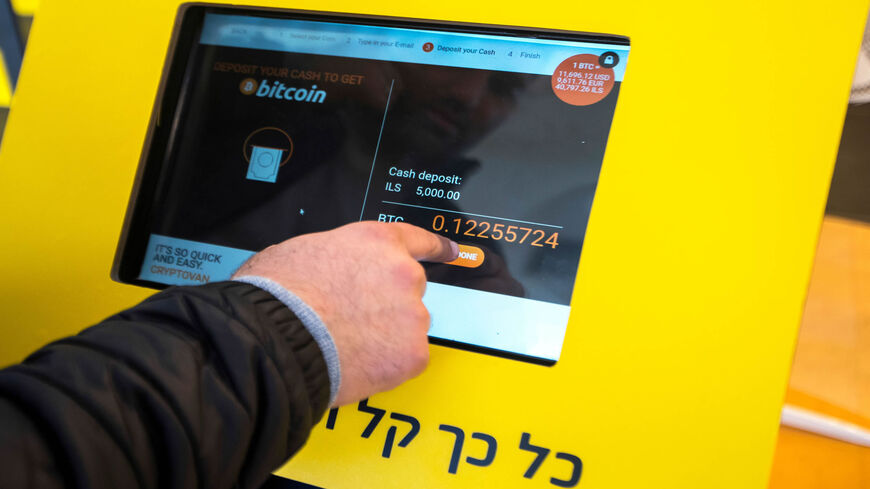 Israel is joining the global cryptocurrency race. More than 50 monetary authorities around the world are looking into the use of digital currencies. The Bahamas have already launched a digital currency, China has started a pilot for an electronic yuan and the European Union hopes to launch a virtual euro by 2025. The United Kingdom has established a task force and the United States, the world’s financial hegemon, is inspecting ways to create an e-dollar. On May 20, Federal Reserve Chairman Jerome Powell announced the agency was ramping up efforts to develop a digital dollar.

On May 11, the Bank of Israel presented the model it recommends for the digital shekel. According to this model, the digital shekel will be issued by the central bank, and transferred to payment service providers (banks, credit card companies and fintech structures). These in turn will provide the public with the digital coins.

It is important to note that according to the Israeli model, these payment service providers will operate as channels to transfer the digital coins to clients. They will not be allowed to make loans in digital coins or use them in any other way. This should protect the Israeli digital coin reserve, in case one of these institutions fails, technologically or otherwise.

On the side of the clients, they could use the digital coins for purchasing products and services and for online transfer of funds.

While it is still not clear when it may go into use, this step of presenting the model advances the process significantly. In 2017, then-Gov. of the Bank of Israel Karnit Flug appointed a team to examine the idea. It dismissed the prospects of the project happening in the “near future.”

Cryptocurrencies like Bitcoin aren’t managed by a central agency, such as a sovereign country. Most nations do not recognize this kind of currency, but a digital coin issued by a central bank would be supervised and managed, providing stability. A central bank could expand the amount of money available according to the monetary policy and needs of the nation, while for a cryptocurrency this couldn’t be managed from the top (state financial institutions), only by commercial activity among users.

The Bank of Israel believes that issuing a digital coin would have many benefits. It would allow a secure and easy means of payment in an economy that is becoming more and more global. Such a move would serve the needs of the future economy, such as smart payments. Digital currency could also be an alternative for the current payment systems in a time of emergency or error. In addition, use of the digital shekel could reduce the use of cash and help fight against the black market.

Israeli experts estimate that the motivation of governments and banks to get ahead of digital currency, and put forward the digital shekel, stems at least partly from their fear of a loss of control. Today, central banks enlist the (traditional) banking systems to implement monetary policies. If payments, deposits and loans move from banks to private technology companies, central banks would have trouble managing the economic cycle and injecting liquidity into the system in a crisis. The increase of private networks that are not sufficiently supervised could hurt consumer privacy.  Another motivation would apparently be the assurance of a more stable financial system in an increasingly digital economy.

But what would be the potential downside and problems generated by a central bank controlled digital shekel?

A first problem that could emerge would be undo strength of governmental digital currency, against other financial options. This, in turn, could shake the banks. If most people move to use and deposit digital shekels, banks will need other sources of funding in order to provide loans. If sources of funds of banks dry up, loans to fuel business would come from elsewhere. More so, in a crisis, a digital exodus of savers (out of bank savings and into the purchase of digital coins) would destroy the banks.

Another possible problem would be for governmental digital coins becoming a means to control citizens: for instance, automatic electronic payments for legal infractions. From an international perspective, the digital coins could provide an alternative path for cross-order payments and an alternative to the dollar. Also, small nations like Israel fear that instead of using the local currency, their citizens would start using other countries’ digital currency, which in turn could cause financial chaos.

This is one of the reasons that the Bank of Israel emphasizes that it has not reached a final decision on the matter, but it acknowledges the need to prepare for international competition, assuming that such currencies will be issued by other central banks around the world. Sources in the Israel Central Bank said, that in order for such an issuance to happen, the benefit needs to outweigh the costs and potential dangers.