Effects of the war in Ukraine set aside, the Israeli fintech sector is expected to continue growing this year and attract more global investments. 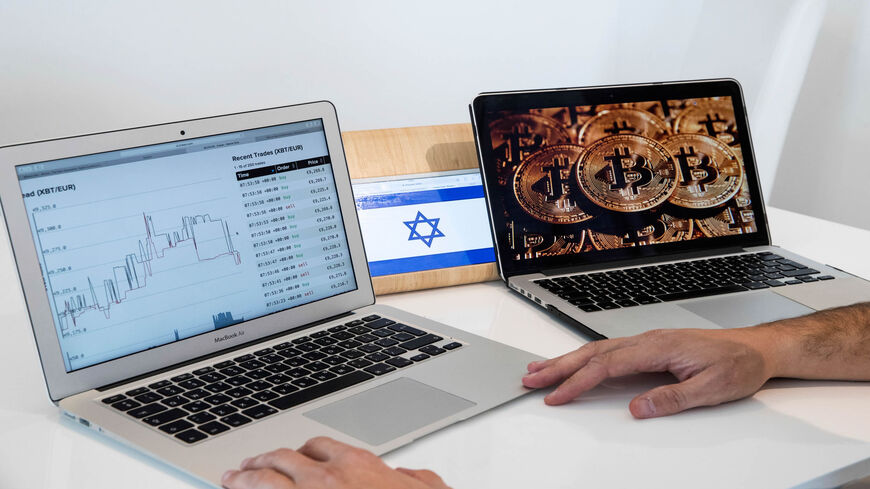 For quite a few years cyber was the poster child of Israeli high tech, but in recent years it has had a real rival: fintech, which deals with financial technology. An impressive list of startups in this field have raised large sums, and in the past year the most well endowed and strongest of them have gone public at the New York Stock Exchange. These companies and others like them have made fintech one of the pillars of the innovation industry. Throughout the world, many eyes carefully watch any new Israeli fintech company. The first Israeli decacorn (a company worth $10 billion) will likely emerge from this field.

In 2021, investments in Israeli high tech reached more than $25 billion, 2½ times the amount from 2020, with fintech leading the field, overtaking cyber and reaching a peak of investments at $6.6 billion.

The sharp global rise in fintech investment, including in Israel, stems from several factors. The first is the change in the last two years in governments’ treatment of digital coins. The Chinese Central Bank has started operating a local digital coin called e-Renminbi (e-RMB) in Shenzhen province as an experiment. The Singapore Monetary Authority has for the first time issued two licenses for digital banking, and central banks, including the Federal Reserve, the European Central Bank and the Bank of England, have formulated a plan and requirements to start circulating digital coins.

There is some movement in Israel in this field, although it is slow. In May 2021, the bank presented an infrastructure and a plan to issue an official Israeli digital coin. In the model the bank presented for public comment, the relationship between the digital shekel and the “regular” shekel, in cash or a bank account, would be one to one — the worth of the digital shekel would be exactly that of a “regular” shekel. The bank would not operate the digital coin itself but would allow private providers to offer the service to clients.

The total scope of commerce in digital coins has surpassed $2 trillion already this year, and as of today, in terms of size, the crypto market is the ninth-largest economy in the world. This means there is a growing need for technological innovations to respond to the growing commerce in digital coins, to provide efficient, quick and secure operations, and a response to state regulation.

One field within fintech is banking, which is taking quick steps toward full digitization, and here, too, advanced technology is needed to manage and transfer money, loans and credit cards, with maximum security. Another field is insurance, which needs the same kind of technological solutions. While in 2020 there was a decrease in investments in fintech companies — from $168 billion to around $100 billion — mostly because of the coronavirus pandemic and the economic crisis that ensued, in the second half of the year there was a true recovery, according to a review by the global accounting firm KPMG.

The review shows an almost steady rise in fintech investment in the past two years. The arrival of the coronavirus pandemic plunged global investments in this sector. In the second quarter of 2020, investment was as low as $12 billion. Still, we now see it bouncing back, reaching $56 billion in the same quarter of 2021. The Financial Times also noted that 2021 is breaking records on investment in fintech.

Three Israeli companies have made it to the Forbes Magazine annual list of 50 leading fintech companies. Two are from the insurance field and the third deals with digital coins.

Next Insurance, founded in 2016 by Guy Goldstein, which has raised $886 million, supplies tailored insurance policies to 200,000 small businesses by means of artificial intelligence (AI), which processes applications and data within 10 minutes and offers 24/7 access to insurance certificates and in-house claims support.

The second is Hippo Insurance, founded in 2015 by Assaf Wand, which has raised $709 million. Hippo also uses AI, as well as public records, satellite records and smart home devices, to make home insurance policies and claims processes more efficient, and is proud to provide quotes in 60 seconds and issue policies in fewer than five minutes.

Closing out the Israeli representation on the list is Fireblocks, founded in 2018 by Michael Shaulov, Pavel Berengoltz and Idan Ofrat, which has raised $179 million from investors such as Swisscom, Galaxy Digital, Paradigm Ventures, and others. Fireblocks develops a secure environment for financial groups to trade digital coins and assets.

Despite the sharp growth in investments in 2021, 2022 is not starting off well. The latest declines in Wall Street in response to the fighting in Ukraine, which has created a mini energy crisis and raised the prices of many goods, has not passed over fintech companies. Many have seen double-digit losses in their worth.

This is the case for the stock of the Israeli-founded Global-e company, which adapts commerce sites for clients in language and currency, including calculating exchange rates, customs and other taxes, as well as payment methods. The company went public in 2021 at a worth of $3.6 billion, and its stock rose to $11.8 billion, but it has since seen declines and today is traded at $5 billion. It is still worth more than 30% from when the stock was first issued.

Now, with an atmosphere of global economic crisis and expected interest hikes, will banks around the globe — and banks in Israel — continue to invest in fintech technologies? That’s hard to tell. On the other hand, what's clear is that the market’s needs for financial technology are only growing.

For instance, The Marker reports that Israeli payment company Pioneer predicts that it will continue to grow this year, but has chosen not to include the volume of revenues from Russia, Belarus and Ukraine in the current year forecast due to the great diplomatic/security uncertainty.