The Islamic State has recently stepped up its operations against the Syrian government forces and their allied militias as IS cells spread in more areas in Syria. 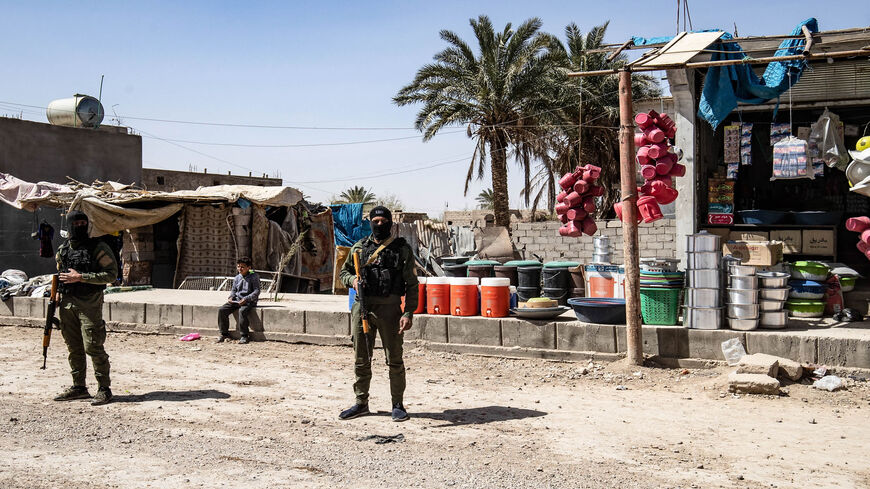 IDLIB, Syria — The Syrian Observatory for Human Rights (SOHR) said in a recent report that a military convoy affiliated with the Syrian government and allied Iranian militias were ambushed by the Islamic State (IS) on May 18 in the south of al-Mateyah village in the Maskanah desert, east of Aleppo. According to SOHR sources, five four-wheel-drive vehicles of the government’s 25th Division and Iranian militias were attacked while passing through the area. Clashes ensued between IS members and government-affiliated forces, which led to the killing of eight people, including a commander of the Iranian militias.

Between March 24, 2019, and May 18, the UK-based war monitor documented the killing of 1,430 government forces and Syrian and foreign fighters loyal to them, including two Russians at least.

On May 16, the IS-affiliated Amaq news agency published a statement, in which it noted that, during the month of Ramadan between April 13 and May 13, the organization carried out 79 attacks in Syria, during which 122 members of the Syrian government and the Kurdish-led Syrian Democratic Forces (SDF) were killed and wounded.

According to the statement, half of the operations occurred in Deir ez-Zor, where IS carried out 40 operations, while 11 operations were carried out in Homs, 10 in Raqqa, nine in Daraa, six in Hasakah, two in Aleppo and one in Hama.

This information, which was reported by Amaq, has not been verified by independent sources.

During Eid al-Fitr on May 13-15, which marked the end of Ramadan, IS claimed responsibility for a series of operations in some areas of Syria. The key operations, according to the IS statement, included killing two “military security” officers in the city of Nawa in Daraa countryside on May 15.

The IS operations during Eid al-Fitr also occurred in several areas in the countryside of Deir ez-Zor and in the Syrian desert, targeting the Syrian government forces.

Jawad Abdullah, a journalist who lives in Nawa, told Al-Monitor, “IS has recently stepped up its operations in several areas in the western countryside of Daraa — namely in Nawa, Dael and Sahem al-Golan — where IS has active cells that carry out assassinations of members of the regime forces and those who cooperate with them. IS cells are made up of the remnants of local groups and brigades that were previously affiliated with IS. The organization’s members and cells belong to major tribes that protect them from a tribal standpoint rather than out of loyalty to IS. Their affiliation with tribes makes it difficult to pursue them.”

He added, “IS cells are also present in the area because of the oppression of the regime and its failure to keep its promises, including not recruiting the youth in Daraa countryside in its army. The pursuit of these young men and placing them on the lists of forced conscription pushes them toward IS. The regime forces are hunting them down and killing them. The regime’s release of many ex-affiliates to IS also contributes to their return to work with IS.”

Esmat al-Absi, a leader of the Turkish-backed Free Syrian Army in Daraa, who is currently residing in al-Bab in the countryside of Aleppo, told Al-Monitor, “The deployment of IS cells in Daraa countryside will be used as a pretext by Russia and Iran to enter some areas and arrest people who belong to the former revolutionary factions under the pretext that they belong to IS. The presence of IS cells also serves Russian propaganda, whereby Russia is fighting terrorism.”

He added, “The injustice of the regime against Daraa’s people, and the presence of Iranian militias in purely Sunni areas are the main reasons for IS’ existence and increasing activity. The organization is deployed in some areas of the Quneitra countryside, Jidor in the countryside of Daraa and the Yarmouk Basin. But, its expansion to include large areas of Daraa or to control some areas is unlikely now, as its work is more focused on lone wolf attacks, while avoiding the formation of military battalions or combat groups. Acting individually may be behind IS’ survival and ongoing activity in Daraa countryside.”

Khalil Muqdad, a Qatar-based independent researcher on jihadist group affairs, told Al-Monitor, “The intense IS operations during Eid al-Fitr are an extension of the operations it launched during the month of Ramadan. The organization increased the frequency of its operations during that month for religious and doctrinal reasons since it may not have achieved all the goals it had set for Ramadan, as it operates in small groups and through individuals, and its enemies are many. They include the US-led international coalition, Russia, the SDF, the militias of the [Iranian] Revolutionary Guard Corps and the Assad regime. IS’ activity also increased during the past days because of the relaxed state of regime forces during the holidays.”

He said, “IS benefits from local conflicts between the opposition and the SDF, and between Hayat Tahrir al-Sham and the opposition and so on. It also takes advantage of regional and international conflicts, and differences between the players [the United States, Russia, Iran and Turkey] and their overlapping areas of control. The organization also capitalizes on the geography of the region and the experience of its members and their operation in small groups. It is difficult to determine the extent of the organization’s rise or its operations because this depends on a number of factors, including the actual number of its members, which is unknown, as the rumored numbers are mere speculation."

Muqdad added, "Another factor is the retreat of the regime and Iranian forces from the Idlib and Hama fronts and their deployment in the desert with Russian support against the organization. The air support [by Russia] monitoring also restricts the movement of IS members and groups, especially as they operate in an open desert environment.”

He pointed out that the secret of IS’ power and its survival so far has been its strategy of guerrilla warfare, ambushes and surprise attacks. It strikes in places that its enemy does not expect, and it knows the terrain of the region well, which allows it to move effectively, he said, adding that the organization also benefits from the lack of combat experience of the regime forces and their allied militias.