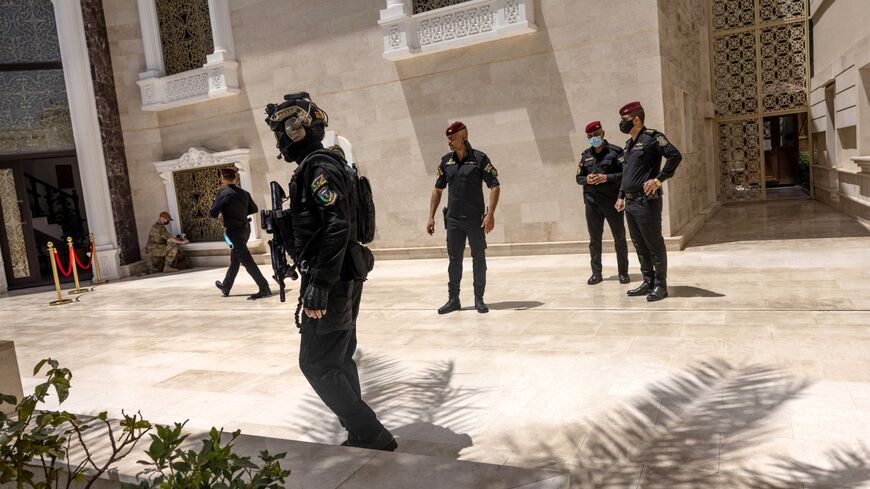 BAGHDAD — Operations resulting in dozens of arrests and the destruction of weapons caches of alleged Islamic State (IS) cells across Iraq in recent weeks continue to rely to some extent on US-led international coalition intelligence and air power.

Iraqi forces arrested 81 people, including four who had infiltrated across the Syrian border, in the week between May 14 and May 21, the Security Media Cell of the Joint Operations Command said May 28, adding that seven alleged “terrorists” had been killed.

The Hamrin Mountains and the surrounding area have long served as an insurgent hideout and US-trained Iraqi Counterterrorism Services forces sent in on the ground often call in coordinates for airstrikes.

In June 2020, when Prime Minister Mustafa al-Kadhimi — who at that time had been newly sworn in and was better known as the head of the Iraqi National Intelligence Services — used the counterterrorism services to conduct arrests of members of Iran-linked armed groups. Since then, the counterterrorism services have been looked upon by some groups with suspicion and accused of being too close to the United States.

Iraqi forces manage several social media accounts and regularly post photos taken by their own media units alongside kill counts and praise for the soldiers. They rarely, however, allow international journalists to accompany them and have in recent months been less willing to comment on operations in general.

A spokesman for the global coalition to defeat IS, Col. Wayne Marotto, said, “The coalition continues to provide intelligence, surveillance, reconnaissance, logistics, advising and enabling partner forces at the operational and strategic levels. We also provide air power when requested.”

He said the coalition’s mission now, however, is “far away from combat on the ground. As a matter of policy and operational security considerations the coalition does not discuss tactics, techniques, procedures or details of military operations, either planned ones or ones that might be ongoing.”

In regard to training, in 2019, the then-Falcon Intelligence Cell chief, Abu Ali al-Basri, told this journalist in an interview that his men had both received and provided training to foreign intelligence services. One of his men told her at that time that he had received training from US forces.

The unit is an elite force under the Interior Ministry.

The international coalition also focuses on IS' income flows. Marotto told Al-Monitor May 24 that active disruption of IS "is ongoing globally, including measures coordinated" by the coalition's group to counter IS financing. He said this had led to a dramatic decrease in IS' ability to "generate revenue and fund its operations.”

He said that as IS “adapts in response to its territorial losses in Iraq and Syria, the Global Coalition is also adapting.” He added, “We are coordinating efforts through regional fusion centers such as the Terrorist Finance Targeting Center in Saudi Arabia and sanctions designations" from the United Nations Security Council sanctions committee involving IS and al-Qaeda.

Marotto noted, “The US Treasury placed sanctions on seven individuals and one company that were part of a major money-laundering network, regularly funneling money to [IS].”

He added, “In December 2020, Italy’s Guardia di Finanza undertook a successful operation to prevent the exploitation of welfare for terrorist financing purposes. The Italian authorities identified two individuals who had transferred 12,000 euros of fraudulently obtained income to a foreign terrorist fighter overseas, subsequently charging them with a series of offenses.”

In regard to operational successes specifically in Iraq, Marotto told Al-Monitor in an email response May 24 that the coalition has worked alongside the Iraqi government to prevent IS from using Iraq’s financial system. These efforts include identifying clandestine IS investments and "attempts to launder its cash reserves through legitimate businesses." He said the Iraqi Central Bank is executing its action plan to strengthen the Iraqi financial system.

He said the Iraqi Counterterrorism Services and the Kurdish regional counterterror directorate conducted a major effort to arrest and prosecute members of al-Rawi network, a group of IS financiers.

The operation referred to occurred in 2018. Rawa is a town in western Anbar and Rawi is the name of a tribe with a large presence in that area, but the arrests referred to were carried out in Baghdad and Erbil.

Both the counterterrorism services and the Kurdistan Regional Government forces have long worked closely with the United States and have received a great deal of training and equipment from it.

Meanwhile, the Iraqi government’s anti-corruption push continues. Kadhimi, sworn in as prime minister a year ago after months of a government void, had vowed to crack down on corruption as one of the top priorities for his term in office.

Providing security and fighting corruption are the most important preconditions for fair elections in Iraq, which are currently scheduled for October. 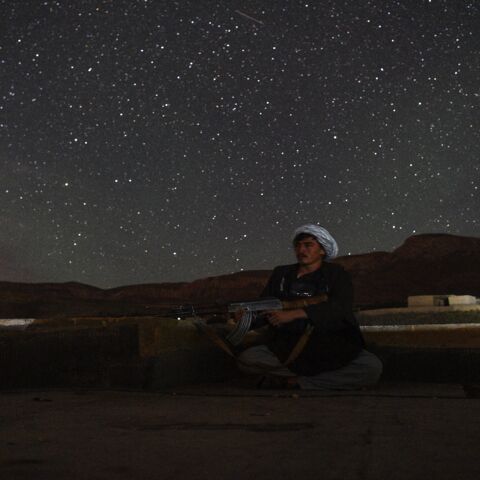