The Syrian government is not being transparent with chemical weapons inspections, say UN officials. 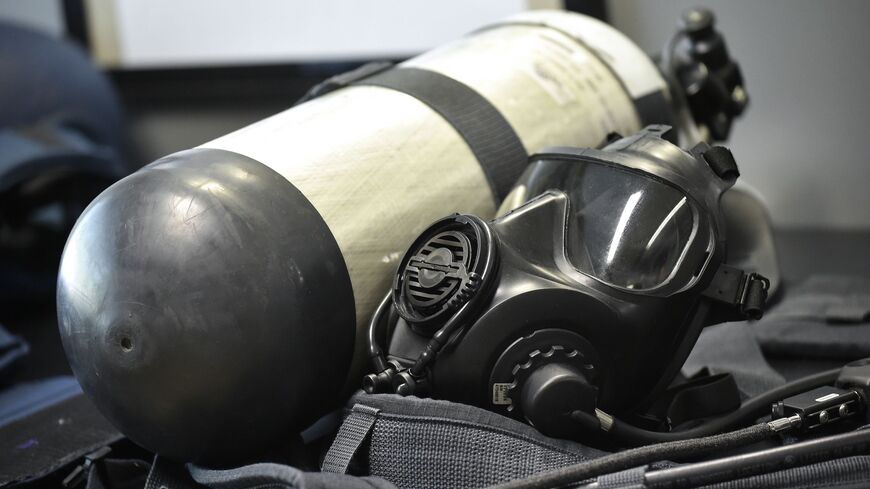 An oxygen bottle and a mask are displayed at the Organization for the Prohibition of Chemical Weapons headquarters in The Hague, The Netherlands, on April 20, 2017. - JOHN THYS/AFP via Getty Images

The discovery is the latest sign that the Syrian government of President Bashar al-Assad has not fully complied with an US and Russia-brokered agreement in 2013 to destroy the country’s stockpiles.

Syria’s government recently denied the site was used to produce chemical warfare agents, a claim rejected by the Organization for the Prohibition of Chemical Weapons, she added. The OPCW found that a written explanation from the Syrian government in March following the detection was “not sufficient to explain” the chemicals’ presence at the site.

Evidence collected at the site since 2014 by OPCW investigators indicate that “production and/or weaponization of chemical warfare nerve agents did, in fact, take place at this facility,” she said yesterday.

Nakamitsu also added that the investigators concluded that “there are reasonable grounds to believe” a Syrian Air Force helicopter was behind a chemical weapons attack on the town of Saraqib in opposition-held Idlib province on Feb. 4, 2018.

The helicopter was under the command of the Syrian army’s Tiger Forces, she said. “The number of outstanding issues and their nature is concerning,” Nakamitsu said.

Why it matters:  Syria’s government under President Bashar al-Assad has maintained since 2014 that it surrendered its entire chemical weapons stockpile for destruction after prompted by Russia to give up its cache in 2013.

But subsequent chemical weapons attacks attributed by UN investigators to the Syrian regime and a running list of what investigators say are incomplete and inaccurate disclosures have left Western officials in doubt of the Assad regime’s compliance.

Russia’s government, which has militarily and diplomatically backed Assad in his country’s decade-long civil war, continues to attack the OPCW’s credibility.

Moscow’s Deputy Ambassador to the UN Dmitry Polyanski accused the OPCW on Thursday of being a “tool” of Western governments “to punish those that have fallen out of favor by using unfounded accusations of the use of weapons of mass destruction.”

What’s next:  The UN’s investigation into Syria’s compliance continues.

A report on the OPCW’s inspection last year of the Barzah and Jamriyah facilities of the Syrian Scientific Studies and Research Center is expected to be presented soon.

The United States targeted the Barzah site with limited airstrikes in 2018 following the Douma chemical attack. US officials have said the site is part of Damascus’ chemical weapons facilities network.