On the backdrop of the Gaza escalation and European abstention at the UN Human Rights Council vote, mistrust keeps growing between Jerusalem and Brussels. 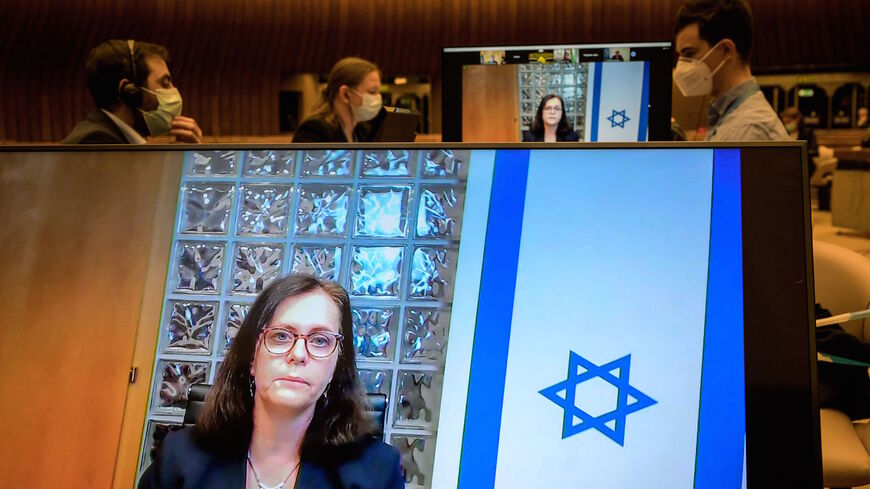 PARIS — Spokespeople and decision-makers in Jerusalem were outraged with the decision adopted by the United Nations Human Rights Council May 27 to establish an international permanent commission of inquiry to investigate alleged Israeli war crimes.

Twenty-four countries voted in favor of the decision, including states with an ambivalent human rights record, such as Bangladesh, Cuba and Pakistan. Austria, Bulgaria, Cameroon, Czech Republic, Germany, Malawi, Marshall Islands, the United Kingdom and Uruguay voted against it — all traditional allies of Israel in the international arena. But for decision-makers in Jerusalem, the abstention of European Union members Denmark, France, Italy, the Netherlands and Poland, along with some other countries, was particularly troubling and disconcerting.

An Israeli diplomat told Al-Monitor that globally speaking, the number of countries supporting anti-Israeli decisions in UN bodies have been diminishing in the past decade, and a similar trend has been observed over countries abstaining in such votes. On the other hand, he estimated that the European countries who abstained May 27 might have adopted that position in order to facilitate the way for the United States to reenter the UN agency it had left during the Trump administration. Israel, he thought, should have expected an even more negative vote result.

For Israel’s Foreign Ministry, the May 27 vote was especially biased. Not only did it not refer to the 4,300 Hamas rockets launched at Israel during the last escalation round, it also established for the first time ever a permanent commission of inquiry. The Foreign Ministry kept floating the number of resolutions condemning Israel adopted by the UN agency. Israel was condemned 95 times, in comparison to North Korea that was condemned 14 times for human rights violations, Eritrea was condemned 10 times, Syria 36 times and China never condemned at all.

Apart from dwelling on the best way to campaign on the international arena, Israeli diplomats are questioning the country’s approach toward the EU. The EU has always tried to weigh in on the Israeli-Palestinian conflict. Its High Representative for Foreign and Security Policy Josep Borrell has been very vocal on the issue, since his appointment in 2019.

But from the Israeli point of view, Europe had lost the little leverage it had on advancing any regional solutions already two decades ago. In fact, the last time Europe was actively involved in any Israeli-Palestinian process was shortly after the signing of the Oslo Accord in 1993, and up until the assassination of Prime Minister Yitzhak Rabin in November 1995. Europe was present to some extent on the Israeli-Palestinian arena also in the years when Spanish Javier Solana served in the position of European Mr. foreign policy, from 1999 until 2009. The official doors in Jerusalem were open to him. But that has not been the case in the last decade.

Right or wrong, Jerusalem had snubbed for years all European initiatives for peace in the Middle East. Flagrant examples were the two Paris conferences for peace in the Middle East, without Israel participating. Jerusalem has been and is still convinced that the EU sides systematically with the Palestinian narrative, thus could never act as an honest broker. The insignificant number of visits of Israeli ministers in Brussels, at the EU headquarters, in the last 10 years, attests to the mutual distrust on the political level.

Back to developments in recent days. Israel’s Foreign Ministry summoned May 27 French Ambassador to Israel Eric Danon to deliver an official reprimand following comments by French Foreign Minister Jean-Yves Le Drian that Israel was on its way to becoming an apartheid state. “Israel expects its friend not to express itself irresponsibly and in a way that gives a tailwind to extremists and anti-Israel actions,” said Foreign Minister Gabi Ashkenazi.

The UN envoy to the region Tor Wennesland tweeted May 28 that representatives of the Middle East Quartet, namely envoys from the EU, Russia, the United States and the UN, met virtually to discuss the situation on the ground. Jerusalem did not react to this meeting, the same way it had avoided reacting to other meetings of this forum in recent years.

A senior Israeli diplomatic source told Al-Monitor on condition of anonymity that the only way Europe could get involved again is being less critical of Israel and putting some money on the table. The diplomatic source noted that while Europe has been a main source of funding for Palestinian reconstruction projects for many years, other countries are stepping in now. Be it the Emirates, Qatar and even Egypt that pledged $500 million to reconstruct the Gaza Strip.

“With its constant biased positions, Europe cannot aspire to assume the role of an honest broker, or even the role of a simple mediator. Vacuums are always getting filled. What Europe was doing in the period after the Oslo Accord, Gulf states and other international players are now taking up. These are countries with whom Israel seems to have more in common currently — at least on the diplomatic level," the source said.