The United Arab Emirates is calling on other countries in the region and around the world to repair ties and cooperate with the Syrian government amid the ongoing civil war. 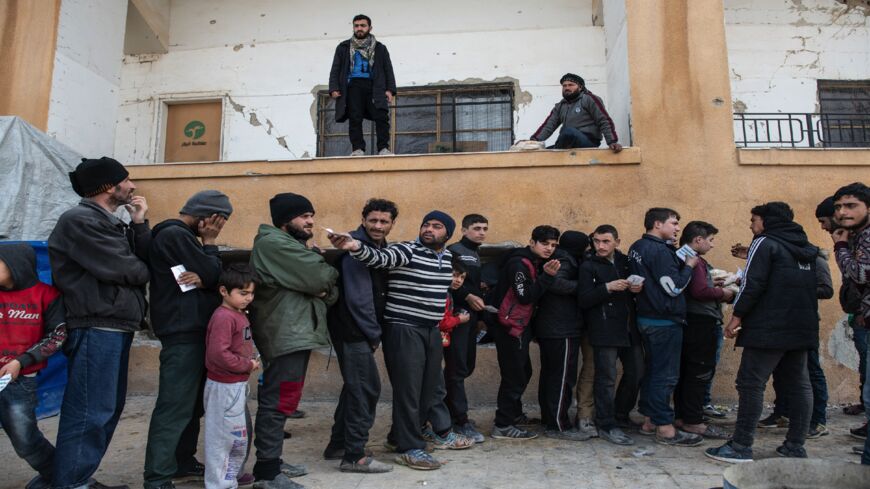 Displaced Syrians wait in a queue as an NGO delivers bread as they wait to receive humanitarian aid in a stadium that has been turned into a makeshift refugee shelter on Feb. 19, 2020, in Idlib, Syria. - Burak Kara/Getty Images)

The United Arab Emirates sent humanitarian aid to Syria on Thursday. It is the latest example of the UAE seeking to strengthen ties with Syria, which has strained relations with many Arab states due to the ongoing Syrian civil war.

Syria’s relations with other Arab states have been severely damaged by the Syrian civil war, but the UAE is leading efforts to mend ties with the Syrian government of President Bashar al-Assad. Syria was suspended from the Arab League in 2011 at the start of the uprising against Assad following the government’s violent crackdown on protests. Several Arab states, including the UAE, originally supported Syrian rebel groups in the war.

Abu Dhabi has since shifted its stance to one of rapprochement with Damascus. Last month, UAE Foreign Minister Sheikh Abdullah bin Zayed Al Nahyan called for international cooperation with Assad and said US sanctions on Syria “make the matter difficult.” The UAE as well as its ally Egypt are also now calling for Syria to be readmitted into the Arab League.

Syria is in need of assistance due to the ongoing war, a bad economy and harsh US sanctions. The United Nations believes the coronavirus is far more widespread in the country than the government is letting on. Millions of Syrians also lack access to sufficient food, according to the UN.