Erdogan to visit UAE next year

Turkey and the United Arab Emirates appear to have repaired their relationship after years of strained ties over Syria, Libya and more. 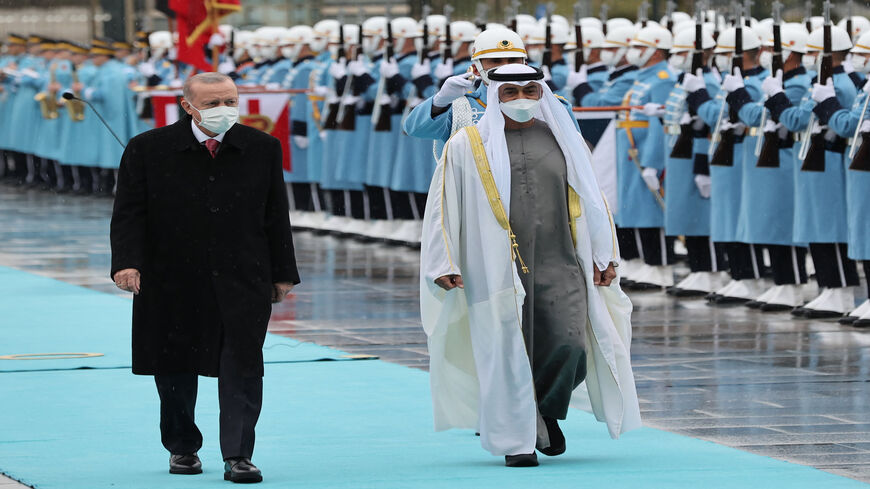 Erdogan said he will head to the UAE in February. He also praised the bilateral agreements signed during the recent visit to Ankara by Abu Dhabi Crown Prince Sheikh Mohammed bin Zayed Al Nahyan. Erdogan made the remarks upon returning from his trip to Turkmenistan, the official Anadolu Agency reported.

Nahyan, who is de facto ruler of the UAE, visited Turkey last week and signed a flurry of cooperation agreements with Erdogan. It was the prince’s first trip to Turkey since 2012 and the culmination of recent efforts by officials in both countries to mend ties.

Relations between Abu Dhabi grew strained in recent years. They backed opposite sides in the Libyan civil war. In Syria, Turkey supports Syrian rebel groups while the UAE wants normalization with Syrian President Bashar al-Assad. Turkey is also a strong ally of Qatar, while the UAE severed ties with Qatar during the Gulf diplomatic crisis. The row ended earlier this year.

Turkish Foreign Minister Mevlut Cavusoglu will also visit the UAE in December. Erdogan noted that Turkey will be “taking steps gradually” on rapprochement with Israel and Egypt, and that there are no plans to resend ambassadors to either country, according to Anadolu.