Some Republicans are calling for an inquiry into whether former US Secretary of State and current presidential climate envoy John Kerry shared potentially sensitive information with Iran, but Kerry denies such a conversation ever took place. 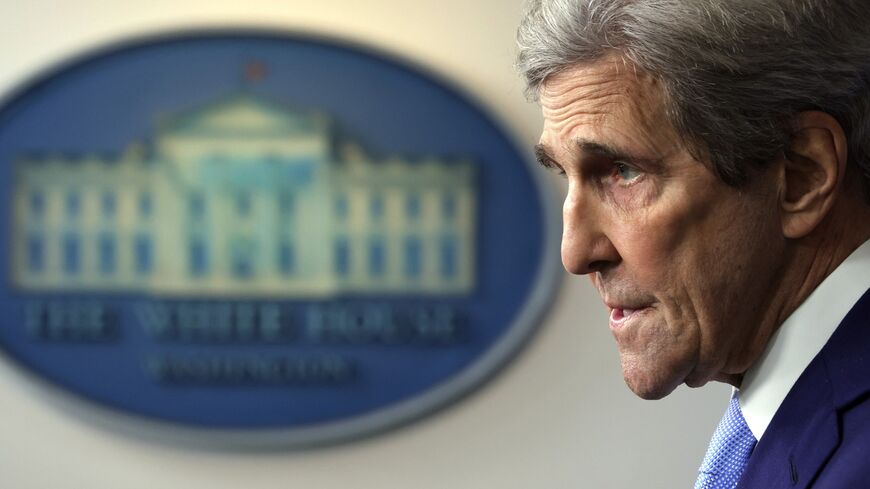 Former Secretary of State John Kerry, now the special presidential envoy for climate, speaks during a press briefing at the James Brady Press Briefing Room of the White House on April 22, 2021, in Washington. - Alex Wong/Getty Images

Biden administration climate envoy John Kerry is facing criticism for comments he allegedly made to an Iranian diplomat about Israel’s operations in Syria. The former secretary of state denies the conversation ever happened.

The outlet did not mention when exactly the conversation purportedly took place. Kerry served as secretary of state under President Barack Obama from 2013 to 2017 and worked on the 2015 nuclear deal with Iran. Zarif’s comments referred to regular Israeli airstrikes against Iranian military targets in Syria.

"If true, this reporting is incredibly concerning,” said Rep. Michael McCaul of Texas, the top Republican on the House Foreign Affairs Committee in a tweet Monday.  “I already had significant concerns about Secretary Kerry serving as the climate envoy, but reportedly relaying sensitive information to the number one state sponsor of terrorism is just unfathomable.”

Republican Sen. Marsha Blackburn of Tennessee also called for a Senate investigation into the comments.

Kerry adamantly denied such a conversation took place, however.

“I can tell you that this story and these allegations are unequivocally false,” he tweeted Tuesday. “This never happened — either when I was Secretary of State or since.”