Jordan is already one of the world's most water-stressed countries but Jordanians can expect even worse water shortages this summer. 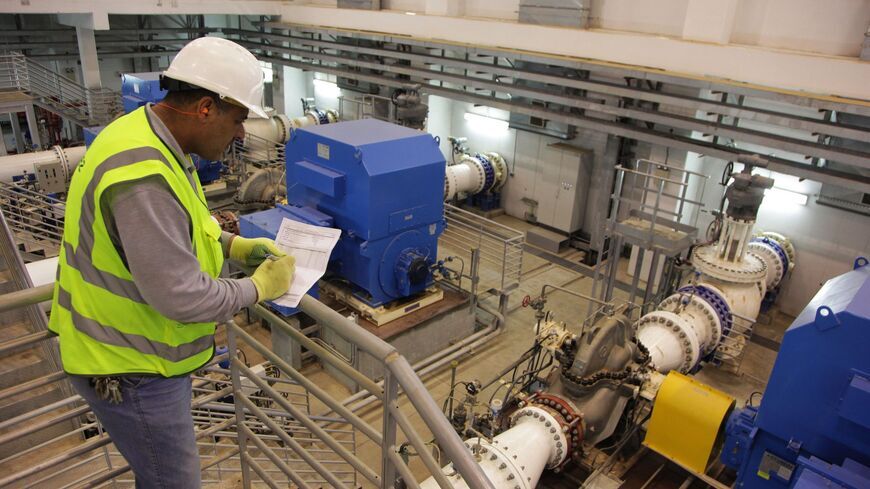 An employee works at the pumping station of the Disi water project in Amman on March 13, 2018. - AHMAD ABDO/AFP via Getty Images

Jordanians are being warned by the government to expect a “critical summer” for water due to a poor rainy season that reached little more than half the average annual precipitation, according to the Ministry of Water and Irrigation. Spokesperson Omar Salameh told the Jordan Times on April 19 that the water deficit may become dramatic this summer.

This year’s rainy season decreased the per capita share of potable water, he said.

According to the World Resources Institute, Jordan ranks fifth in the world's water-stressed countries. The average share per individual, at 100 cubic meters annually, is less than 1% of the global average of 1300 cubic meters. Jordan gets about 60% of its fresh water supply from aquifers that are replenished by rainfall. The rest of its needs it gets from surface water from the Sea of Galilee and the Jordan and Yarmouk river basins, which are controlled by Israel.

Under the Jordan-Israel peace treaty Jordan receives a fixed share of water from Israel — if the Israelis approve the sale. This year Jordan bought an additional eight million cubic meters of water from Israel. Israeli Prime Minister Benjamin Netanyahu's relationship with King Abdullah had worsened recently and he took his time before approving the sale and did so only after the United States advised him to.

Jordan’s water shortage has worsened in recent years due to a rise in population to 10 million, partly because it hosts 1.3 million Syrian refugees. Other factors play a role such as climate change, poor infrastructure, over-pumping and theft.

Minister of Water Mohammad Al-Najjar revealed April 21 to a local television station that five people from influential tribes are stealing around 8 million cubic meters of water annually and have been doing so for years. He said that previous governments have known about the problem and did nothing to stop it. He also talked about illegal water wells drilled across the kingdom that affect the kingdom’s aquifers. This stolen water is equivalent to the amount of water that the government had bought recently from Israel.

Najjar also confirmed that the rate of loss due to poor infrastructure is around 48% and stressed that the government is working to upgrade the water delivery network. He added that the only solution is to build a desalination station in Aqaba, a project that has been in the works for 25 years, but the high cost remains a major obstacle.

With rainfall varying widely over Jordan's geography, the country can no longer depend on an unpredictable rainy season to replenish its aquifers. Part of the problem was resolved a few years ago by pumping water from the ancient water basin of Disi in southern Jordan, but the basin will dry up eventually. Currently, 90 million cubic meters are pumped from Disi annually to provide drinking water to Amman and Aqaba.

Like the desalination station at Aqaba, Jordan and Israel agreed to undertake the strategic Red Sea-Dead Sea canal in 2013 but that project has also been stalled.

Jordan blames Israel for failing to meet its obligations under the 2013 agreement. The project would pump water from the Red Sea to the Dead Sea, generating electricity that would be used to desalinate water while dumping brine into the Dead Sea, which would help to stabilize the shrinking lake. But even if the canal is finished by 2025, it will still produce only roughly 10% of the country’s water needs.

Former co-chair of the joint Jordanian-Israeli and Jordanian-Syrian water committees Duraid Mahasneh told Al-Monitor that Jordan’s water shortage can also be blamed on the kingdom not getting its fair share of water from Al-Wihda Dam on the Yarmouk River, which is controlled by Syria. Relations between the two countries have been poor since the eruption of the Syrian civil war in 2011. Mahasneh said the only long-term solution would be to build a desalination station in Aqaba on the Red Sea.

“The water we buy from Israel is desalinated, so why not do it here?” he said. “Of Jordan’s 12 underground basins two remain active and they will eventually dry up, so desalination is the only option and we must move fast,” he added.