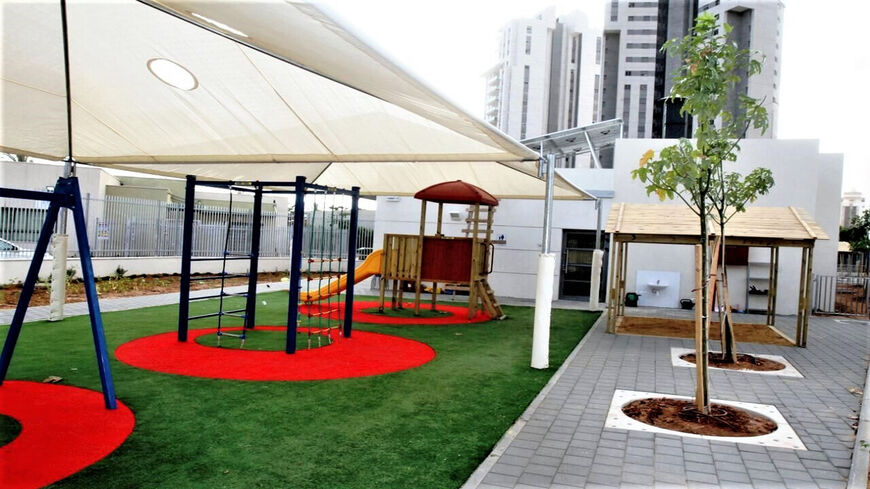 One of the Israeli leaders in developing new climate-friendly technologies is actually the town of Hadera. This mid-size town is located in the north of the country and is home to middle-class Israelis. Away from the wealthy center of Israel, it does not enjoy generous municipal budgets like Tel Aviv and its suburbs. On the other hand, it is not included in the list of the poorest cities, and does not enjoy special development funds either. Still, Hadera was the first town in Israel to construct net-zero energy buildings. More so, it continues to lead the way on this issue and serve as an example to other Israeli localities.

Hadera’s engagement to clean energy started already in 2014, when the local planning and construction committee adopted visionary recommendations by Mayor Zvi Gendelman for promoting sustainable green building standards. The first ground-breaking concrete step taken in that direction was the construction by the Alfa Sustainable Projects company of a net-zero energy building for two municipal kindergartens.

On its website, the company explains that "the Hofim Kindergarten is the first operating Net Zero Energy Building in Israel. Alfa managed the design of this unique project focusing on both energy efficiency as well as health and wellbeing for children." Sketches on the site show a solar chimney, whereby the sun's heat warms the air in the chimney that is then circulated out of the structure, solar panels on the roof and other features. The guiding principles for the planning of this building were controlling indoor air quality and using nontoxic materials. With its solar panels and its means of reducing energy consumption, the building is generating more energy than the energy it consumes.

The choice of making the kindergarten's building a first clean energy construction project was not random. After the opening of this building, Gendelman said, "Green construction is environmentally and resident friendly. It is expressed through saving and streamlining the use of new resources, reuse or maximum recycling of existing resources, and of course ameliorating the quality of life in the present and in the future. Constructing net-zero energy buildings is part of Hadera’s policy of sustainability. I hope this building would be just the first one out of many others we will build the same way. The opening of kindergartens in a net-zero energy building is appropriate and meaningful for environmental education, promoting awareness of sustainability from an early age."

Indeed, Gendelman kept his promise. Last year, Hadera inaugurated the first-ever net-zero energy courthouse building in Israel. According to its planners, at least 80% of the energy consumed by the sustainably-planned courthouse will be supplied through energy-saving elements and solar panels. "After the net-zero energy kindergarten's building that the municipality has set up, other buildings of institutions and ministries are following in its footsteps. I welcome the construction of the courthouse, which was also built as a net-zero energy building. I am glad that the city of Hadera is a pioneer in this matter," he continued.

Inspired by the Hadera kindergarten's success, the Alfa company is now busy with another net-zero energy project. The taller the building, the greater the challenges of making it energy efficient, as the surface of the roof available for solar panels is the same for a four-story building and a skyscraper. Alfa is now renovating a seven-story building in the town of Givatayim. The renovated building will include solar technologies for generating electricity independently, smart shading systems maximizing sunlight without a significant increase in temperatures and a high air turnover mechanism. "We actually took a nonecological structure and turned it into one," said Alfa CEO Shalita Chen.

Two years ago, the Ministry of Energy published a draft for an outline of net-zero energy buildings, invited the public to consult the text and send in its comments. The idea was to include the public in the development of these new sustainability guidelines — a process that now starts bearing its first fruits.