The area near the Iraqi border is the site of economic misery and separatist activity from Arab groups. 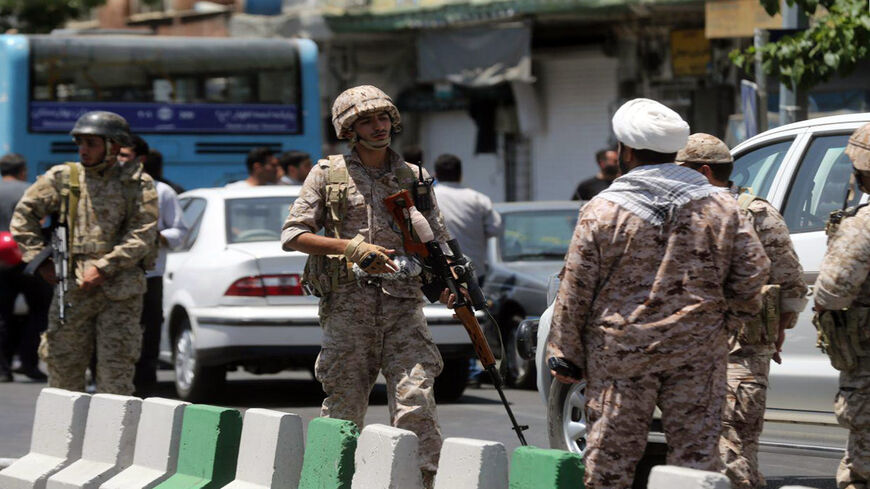 Members of the Islamic Revolutionary Guard Corps secure the area outside the Iranian parliament during an attack on the complex, Tehran, Iran, June 7, 2017. - Hossein Mersadi/AFP via Getty Images

Iranian forces seized a weapons shipment in southwest Iran yesterday. The area is home to some unrest and separatist activity.

The outlet did not report further details on the seizure, but noted that 21 Kalashnikov automatic rifles and 7,000 colt bullets were also seized on the Khuzestan border earlier this month. Minoo Island is separated from mainland Iran by a small waterway connected to the Persian Gulf and is on the border with Iraq.

Southwest Iran has experienced conflict and strife in recent years. The area is rich in oil, but largely impoverished. It has a large ethnic Arab population, some of whom say they are discriminated against by the largely ethnic Persian Iranian authorities. In November, there was a chain of suicides of children from poor families. There are also militant Arab separatist groups active there. Last May, Iranian police said they arrested members of such “separatist groups” in Khuzestan. There were protests against a lack of clean drinking water the same month.