Unknown gunmen have shot dead the commander of a local branch of Iran's Islamic Revolutionary Guard Corps in the country's southwest. 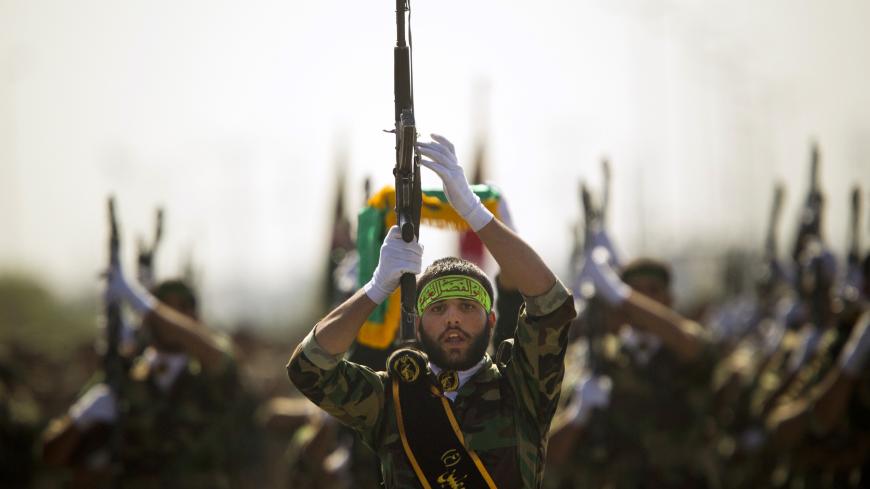 Members of Iran's Basij militia march during a parade to commemorate the anniversary of the Iran-Iraq War (1980-88), in Tehran, Iran, Sept. 22, 2010. - REUTERS/Morteza Nikoubazl

Iranian authorities have opened an investigation into the killing of Abdol-Hossein Mojadami, a local commander of the Islamic Revolutionary Guard Corps (IRGC) in the ethnic Arab-majority southwestern province of Khuzestan.

Officials say two gunmen carrying Kalashnikov rifles on a motorbike opened fire on Mojadami outside his house in the town of Darkhoveyn early Jan. 22. Judicial sources were treating the attack as a "special case" but said no arrests had been made.

While no group has claimed responsibility, the IRGC-linked Fars News Agency suggested that the "assassination" bore the hallmarks of similar attacks by an Arab separatist militant organization known as Al-Ahwazi.

A state TV report, quoted by several outlets, said Mojadami was also an officer of the Quds Force, the IRGC's powerful branch responsible for operations beyond Iran's borders, and had been an associate of Qasem Soleimani, the force's top commander who was assassinated in a US drone strike in Baghdad earlier this month. Mojadami, according to the same report, fought in Syria as a "defender of the shrine," a moniker the Islamic Republic uses in reference to soldiers dispatched to Syria to fight alongside Syrian armed forces propping up President Bashar al-Assad.

Darkhoveyn, where the slain commander led the local Basij militia forces, is located within the larger township of Shadegan, one of several flashpoint cities in Khuzestan. The province witnessed some of the deadliest unrest that hit Iran in November. IRGC forces responded to the protests —which were triggered by an abrupt and controversial government announcement of higher fuel prices — with a heavy-handed crackdown.

Two months after the protests were suppressed, the Islamic Republic has yet to come out with an official death toll. However, reports relying on eyewitness accounts and other forms of evidence, have counted casualties ranging between 304 and around 1,500. Those sources have highlighted particularly excessive use of force in the city of Mahshahr in the same impoverished region. Horrifying details have been reported of an IRGC-led "massacre" from behind machine guns that left over 140 protesters in a besieged marsh there. As recently as last week, the commander of the city's IRGC forces, Brig. Gen. Hassan Shavarpour was hit with US State Department sanctions for the deadly operation he is accused of commanding.

It is not immediately clear if Mojadami's death was linked to a possible role he might have had in the November crackdown. But only a few days after the dust settled from unrest in his area, a knife-wielding assailant subdued and killed a police officer after grabbing his gun in broad daylight. The same township was also hit with days of turmoil in a separate wave of public rage against the "suspicious death" in custody of a young dissident Arab poet known for his sharp criticism of the Islamic Republic.

Khuzestan is sitting on much of Iran's largest lifeline oil and gas reserves. Ironically, however, it remains one of the most underdeveloped regions, where anti-government sentiments are believed to have accumulated over decades of perceived systematic neglect.