Erdogan furious as his Islamic ambitions stumble in Turkish Cyprus

A Turkish Cypriot court ruling that reins back on Quranic courses comes as a poignant message to President Recep Tayyip Erdogan that Cypriot Turks are unwilling to sign up to his quest to raise “devout generations.” 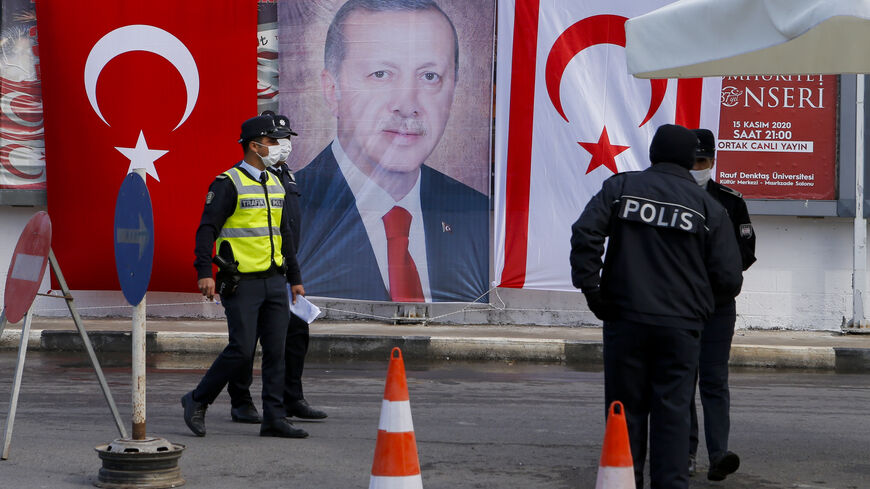 Turkish President Recep Tayyip Erdogan has triggered a fresh bout of tensions with Turkish Cyprus over a court ruling that flies in the face of his efforts to promote Islamic education among Turkish Cypriot youth, just as he has done in Turkey.

Under the Justice and Development Party (AKP), Turkey has seen a significant expansion of religious education, with Erdogan vowing to raise "devout generations." Yet his bid to extend his vision to the Turkish Republic of Northern Cyprus (TRNC), which only Ankara recognizes and props up, has met with resistance in a society that follows a very moderate understanding of Islam and is often described as one of the most secular in the Muslim world.

On April 15, the Turkish Cypriot constitutional court ruled that Quranic courses in the enclave cannot be organized outside the control of the Education Ministry, drawing ire and threats from Ankara, where the ruling reverberated as a ban on the courses.

The controversy stemmed from a 2017 legal amendment in northern Cyprus that created a Religious Affairs Commission, as part of an existing Religious Affairs Department. The commission was authorized to run Quranic courses, issue certificates, hold proficiency exams for religious officials and make appointments accordingly.

The court, petitioned by a trade union, ruled that the Turkish Cypriot constitution requires all forms of education to be under the supervision and control of the Education Ministry, thus striking down the amendment as unconstitutional.

Though the judgement was essentially technical, Ankara responded with vitriol as it evidently saw the move as a show of defiance to its efforts to raise the profile of Islam in northern Cyprus. Erdogan charged that some Turkish Cypriot trade unions were “enemies of religion” and urged northern Cyprus to “fully” adopt Turkey’s practices on religious education. “We will never tolerate steps that impede the Quranic education of our children in northern Cyprus. … The court must quickly come back from its mistake or else we will take different steps. … The notion of secularism is not what they imagine it to be and northern Cyprus is not France,” he grumbled.

Senior government officials joined the chorus of criticism, including Foreign Minister Mevlut Cavusoglu, who was on a scheduled visit to northern Cyprus. Devlet Bahceli, who heads the Nationalist Movement Party, the AKP’s de facto coalition partner, called the ruling “a scandal that plays into the hands of the Greek Cypriots” — a reference to Cyprus’ four-decade division between its Greek and Turkish communities.

Desperate to appease Ankara, the Turkish Cypriot government pledged to make the necessary legal arrangements to preserve the Quranic courses.

Turkish Cypriots are no strangers to Turkey’s political meddling, but a planned drive to promote religiosity based on Sunni Islamism is something they deeply fear. For Turkish Cypriot columnist Hasan Kahvecioglu, Erdogan’s outburst amounts to threatening all Turkish Cypriots and undermines his own claim that the TRNC is a sovereign state and should remain as such in any settlement on the divided island. “This secular statelet that no one [other than Ankara] recognizes is virtually being turned into a lab for the AKP’s religious transformation policies,” Kahvecioglu wrote.

Ankara’s bashing of northern Cyprus came just days before a new round of UN-sponsored talks on the Cyprus conflict begins in Geneva April 27, with the Turkish side set to press for a two-state solution. Yet, as Kahvecioglu noted, Erdogan’s imperious tone, especially his call on northern Cyprus to fully adopt Turkey’s ways, has reinforced suspicions about what is really in his head, namely that the two-state proposal might be a prelude to Turkey’s annexation of the enclave.

Mete Hatay, a senior Cyprus researcher for the Peace Research Institute Oslo, told Al-Monitor that Erdogan’s words came as a true shock for Turkish Cypriots. “Jurists saw his language as aggressive and imperious and as an attack on judicial independence. Also, many believe he dealt a heavy blow on the legitimacy of the TRNC ahead of the Geneva meeting, at which [the Turkish side] will press for recognition of [the TRNC’s] independence. People are asking how Turkey will seek respect for an entity that Turkey itself does not respect,” Hatay said.

Erdogan has been at pains to build an obedient following in northern Cyprus, similar to the devoted and loyal popular base he has in Turkey. In other spats over the years, he has disparaged Turkish Cypriots for criticizing Ankara’s policies, calling them ungrateful despite being “fed by Turkey.” Seemingly, he believes the problem lies in the secular and independent-minded nature of the islanders and sees the remedy in making them more pious.

“The secular lifestyle of the Turkish Cypriots has long irked the AKP,” Hatay noted. “The construction of mosques has accelerated since 2005. In a bid to mold more pious Cypriot Turks, religion classes [in schools] have become compulsory, a theology college has been opened and thousands of students have been taken to Quranic courses in Turkey during the summers,” he said, adding that most of those students were the children of settlers from Turkey.

According to Hatay, 45 new mosques have been built in Turkish Cyprus since 2002, compared to only nine in the previous three decades.

Ali Dayioglu, an academic specializing in the religious profile of Cyprus, told Al-Monitor that the creation of a religious affairs administration in 2004 was a milestone development and in ensuing years, Turkey’s drift away from the European Union led it to focus more prominently on its Islamic agenda on the island. Unlicensed Quranic courses were allowed to operate in 2009, but the authorities refrained from legalizing them, deterred by the opposition of trade unions and civic society groups, the academic explained.

In 2013, Quranic courses were allowed to take place both in schools and mosques, but after strong objections from teachers, the courses were restricted to mosques three years later. By that time, the number of students attending the courses had shot up to about 5,000, from 2,000 in 2009. Meanwhile, “religious culture and moral knowledge” became a compulsory subject in mainstream schools in 2009, followed by the introduction of a theology section at a vocational high school in 2011.

The trend culminated in the inauguration of a theology college in 2012. Trade unions opposed to religion-based education took legal action twice to force the closure of the college, but failed.

As of 2017, northern Cyprus had 212 mosques and masjids, but not a single place of worship has been built for the Alevis, a distinct Muslim minority.

Turkish financial support has been instrumental in those activities, funneled via an assistance office at the Turkish Embassy in Nicosia. The embassy’s allocations to religious services stood at 19 million Turkish liras in 2017, up from 11.5 million liras in 2009.

Ankara says it is responding to demand, but according to Dayioglu, the demand comes from Turkish settlers rather than the natives. The settlers — encouraged to move to the island since Turkey’s military intervention in 1974 — account for at least a fourth of the TRNC’s 215,000 population, in addition to thousands of other Turkish nationals who work or study there.

Both Hatay and Dayioglu believe that Ankara’s efforts to promote piety stand little chance of success among the native islanders, but agree that the settler community could be more susceptive. Dayioglu noted that migrants who have moved since 2000 have a more conservative profile.

Hatay said, “The AKP’s project failed to take hold among Cypriot Turks, so they have turned to the immigrants from Turkey. They want to create a pious society and dozens of immigrant associations have been set up for that purpose. They are trying to project Turkey’s influence via this 'civic society.' Also, 'pious dormitories' have been opened for university students, with an increasing number linked to religious orders.”

In a nutshell, the AKP is on a planned quest to erode the Turkish Cypriots’ moderate spiritual world, stoking concerns that the seeds of political Islam are being sown in the island.