The March train crash that killed at least 19 people is the latest disaster to strike Egypt's aging rail system. 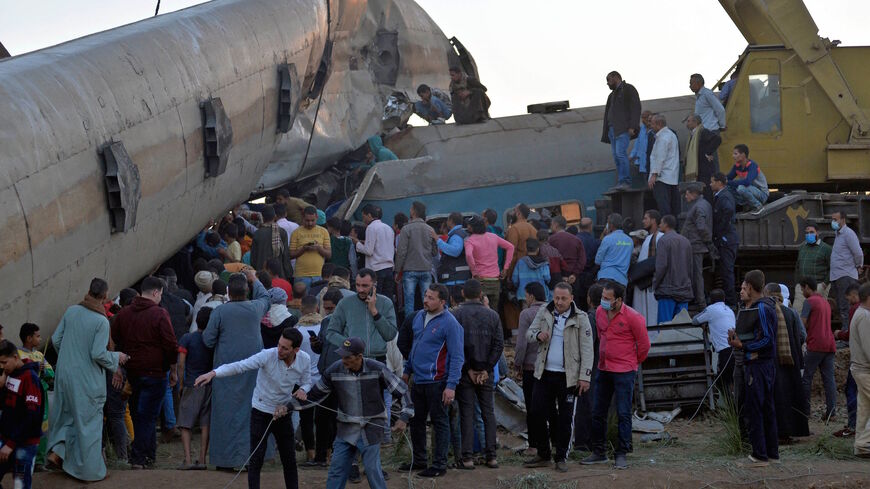 People gather around the wreckage of two trains that collided in the Tahta district of Sohag province, some 460 kilometers (285 miles) south of the Egyptian capital Cairo, reportedly killing at least 19 people and injuring scores of others, on March 26, 2021. - AFP via Getty Images

Prosecutors in Egypt said that gross negligence played a part in last month’s deadly train accident, alleging that neither the driver of the moving train nor his assistant were in the cabin at the time of the crash.

A passenger train collided with another on March 26, killing at least 19 people and injuring dozens of others in the southern province of Sohag. Following the crash, the moving train’s driver and seven others were arrested.

The public prosecution also said a drug test showed the assistant of the stationary train as well as a track signalman had used the painkiller Tramadol, and that the assistant had also used hashish.

The automatic train control systems were deactivated on both trains, the prosecutors said, with both drivers reportedly saying that using the systems would have prolonged their travel time. Witnesses also told the prosecution that the emergency brake had not been activated on the moving train.

Egyptian President Abdel Fattah al-Sisi vowed to “penalize whoever was responsible” for the disaster, which came as Egypt was also dealing with the stuck container ship on the Suez Canal.

Locomotive accidents are a common occurrence in Egypt, where the aging state-owned railway system has weak safety standards and trains are poorly maintained.

In the country’s deadliest train episode in 2002, a fire erupted on an overcrowded third-class train that was bringing Egyptians home to Aswan for the Muslim holiday of Eid al-Adha. At least 360 people were killed in the accident, many having jumped out of the moving train to escape the fire.

Transport Minister Kamel al-Wazir said in a recent interview that human error had caused many of the country's recent train accidents. He pledged to automate Egypt’s rail system by 2024.

Last week the African Development Bank announced a $170 million loan to Egypt to help finance much-needed railway improvements. The upgrades are expected to benefit mostly low-income Egyptians who rely on the train as affordable transportation, the bank said. 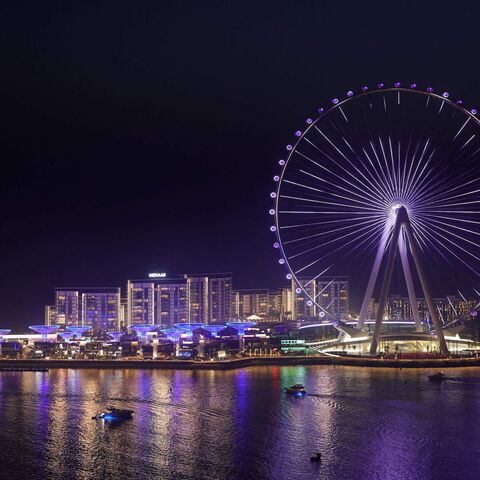