The Canadian government’s decision to indefinitely cancel military export permits to Turkey has touched a nerve in the Turkish defense industry and bureaucracy. 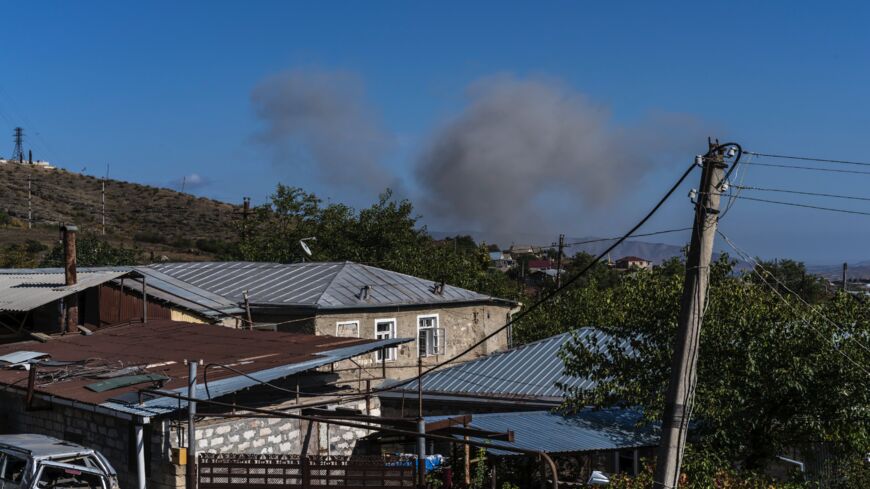 On April 12, Canada announced the cancellation of 29 military export permits to Turkey. Twenty-five of these permits cover WESCAM cameras that are used in drones.

Thomas Juneau, assistant professor at the graduate school of public and international affairs at the University of Ottawa, told Al-Monitor, “Officially, Canada took the decision to cancel 29 permits for the export of military exports to Turkey because an internal government investigation found credible evidence that airstrike-targeting gear that had been made in Canada and then exported to Turkey was subsequently re-exported to Azerbaijan. The Azerbaijani military then used Turkish-built drones that included these components in its war with Armenia. The end-user agreement, however, did not permit the reshipment of these pieces of equipment to a third country. The Canadian government investigation also found credible evidence that drones built in Turkey and that included Canadian equipment were used by Turkey in Syria.”

The decision to halt the export of these defense technologies dates back to 2019, as the Canadian government’s final review report explains. Ottawa temporarily had suspended military technology exports to Ankara after Turkey initiated a military operation into northern Syria. But Ankara was able to convince the sale of more air-strike gear to drone maker Baykar Technologies before the conflict in Nagorno-Karabakh.

During the peak of the Nagorno-Karabakh conflict in October 2020, Canada announced the suspension of drone technology export permits to Turkey. The Canadian government report explains that they wanted to examine the shot-down Baykar drone. The report emphasizes that Baykar cannot be held responsible for how the Turkish government used the drones in Syria, Armenia, Libya or other places.

Despite this clear statement taking the fault away from any private Turkish company, Baykar CTO Selcuk Bayraktar made a series of technical and quite political statements on Twitter. Although not a politician, Bayraktar is Turkish President Recep Tayyip Erdogan’s son-in-law.

Quoting one of Baykar Technologies' tweets from November 2020, Bayraktar tweeted on April 13 that the camera technology the Canadian government had stopped selling was already made by ASELSAN (another Turkish defense corporation). He emphasized that the technology works well and is being used domestically and internationally. He added, “I say these for those who cheer as if the embargo is new. But still, you can rejoice like the Damascus devils.”

The next day, Bayraktar shared a photo of an official announcement on Twitter to explain how the cancellation will not affect the Turkish defense industry. This time he quoted one of his tweets from October 2020, in reaction to the Canadian decision to suspend the exports. In his explanation, Bayraktar did not claim Canadian technology was not used in the Nagorno-Karabakh conflict. He said the drones are 93% made with national contributions, and that Turkey is one of the four countries in the world to produce such unmanned aerial vehicles (UAVs), and Canada cannot produce its own. After restating that the Canadian decision will not harm the Turkish defense industry, Bayraktar raised a red flag for Canada. He wrote, “One day, in case of an emergency, the Turkish decision not to sell UAVs to Canada may be a serious problem for Canadians.” Then he continued to praise the Turkish defense industries.

It is peculiar that Bayraktar’s “the cancellation is of no significance” explanations came after Turkish Foreign Minister Mevlut Cavusoglu called his Canadian counterpart on the phone to review the cancellation decision. After Cavusoglu’s diplomatic efforts failed, Defense Industries president Ismail Demir posted a series of tweets that started with the following line: “We laugh at the sanctions and embargoes against us and move on.” His tweet series praised the competence of the Turkish defense industry and Erdogan’s leadership. Demir ended his comments with thanks to those countries that apply sanctions against Turkey for making them self-sufficient.

All these comments from Demir and Bayraktar were in sync with the outpouring of comments from pro-Justice and Development Party (AKP) social media accounts and television programs. The most important issues highlighted were the discomfort in Canada about Turkish military success in support of Nagorno-Karabakh and the people who were labeled as “happy” about the Canadian decision. Although there was no evidence of happiness about the cancellation on social media or other media outlets, there were critics about Turkish reactions and an attempt to understand why Canada canceled the permits. AKP-dominated media outlets did not explain the Canadian reasons behind the decision or how long the Canadian government deliberated to finalize its decision.

Three reasons can help explain Turkey’s awkward and loud reaction to the Canadian decision. It is important to understand, as the Turkish response to unpleasant foreign policy outcomes are increasingly following the same pattern.

First is the security and financial costs of this decision. Although the Canadian decision to cancel drone technology permits can hardly halt the Turkish drone industry, Cavusoglu’s efforts and other officials’ outcry signal the damage this ban inflicts. Particularly, for Bayraktar, who is neither a bureaucrat nor a politician — and for him to assume such a high-profile voice is peculiar.

Yoruk Isik, nonresident scholar at the Middle East Institute, told Al-Monitor, “The Turkish reaction of ‘We will just do it ourselves' to every crisis remains as unrealistic as the first day. Quality manufacturing is done by importing foreign parts. By using substitutes, Turkey might risk bringing down the quality and damage its brand. But it might also manage to bring down the price and open up to new markets. It’s a risky strategy that can go either way.”

Arda Mevlutoglu, an independent defense analyst, told Al-Monitor, “The cameras that had been supplied to Turkey, MX15, are one of the best of its class in the world based on a number of factors, including optical performance, weight and dimensions. However, Turkish drones have been equipped with other types of cameras as well, both from international suppliers and from ASELSAN.”

Isik explained that there are also substitutes Turkey can opt for in place of Canadian technology. For example, in place of the Canadian L3 Harris WESCAM camera system, Turkey can import from Kyiv-based UKRSPECSYSTEMS or Fujian-based ZHIYUN.

All experts agree that none of these products would be the same quality as the Western counterparts. The cancellation of permits for the engines will disturb the logistics arrangements. That is, Turkey cannot seek repair or maintenance services or spare parts for the products it has already bought from these companies. This is another unspoken cost financially fragile Ankara has incurred.

The second reason is that the Turkish government’s arbitrary actions are increasingly getting caught and penalized. Ankara feels the hardship of the continued failures in affairs with the West and being punished one more time by another NATO member. Suspicions about Turkey’s failure to keep its end-use assurances as stated in mutual agreements have been raised repeatedly before the cancellation decision. Ankara is challenged to work in sync with Western countries where transparency and accountability are more valuable than closed-door deals. Although the Turkish public is not aware of the fact that Turkey is being judged as not keeping its promises in the international arena, the country’s international reputation takes another hit.

The third and final reason is the damage to Ankara's softening foreign policy efforts toward the West. In a reminder, Mevlutoglu said, “Canada’s decision came shortly after US CAATSA sanctions went into effect. There already has been a risk of third countries being reluctant to do business with the Turkish defense sector in fear of repercussions from the US side, because of CAATSA and the S-400 issue.” Mevlutoglu raised the possibility of a domino effect where more sanctions may follow.