Defense Minister Benny Gantz declined to react to the report by The New York Times that Israel was behind the attack yesterday on the Iranian Saviz boat, stating simply that Israel is preparing for threats on all possible fronts. 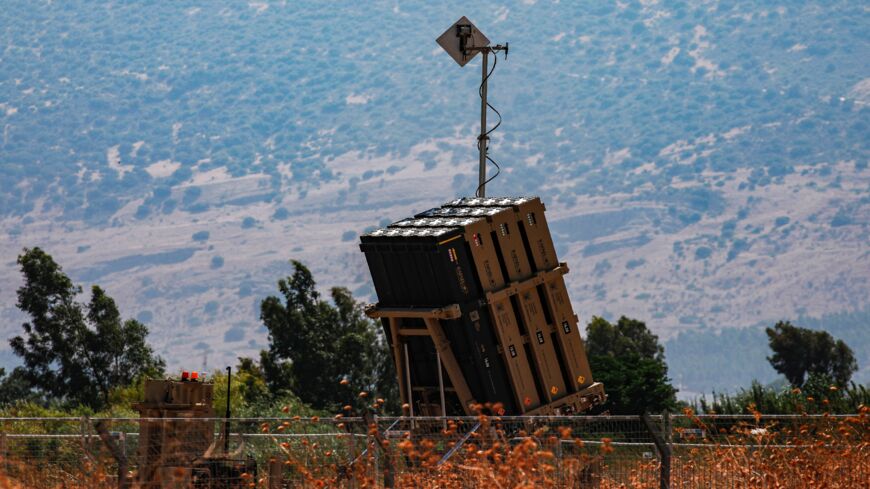 This picture taken on Aug. 25, 2019, shows a view of a battery of Israel's Iron Dome defense system, designed to intercept and destroy incoming short-range rockets and artillery shells, near the town of Bet Hillel in northern Israel. - JALAA MAREY/AFP via Getty Images

Defense Minister Benny Gantz said this morning Israel would take military action anywhere there was a threat against it. “The State of Israel must defend itself. Every place we find an operational challenge or operational need, we will continue to act. We are preparing ourselves at this time on numerous fronts: at our southern and northern borders, as well as vis-a-vis the threats that Iran is presenting, whether directly or indirectly via its proxies in the Middle East,” said Gantz.

Gantz added, “To our enemies I want to say: We are here today marking 10 years of active service of the Iron Dome, but this isn’t the only system we have. We have offensive capabilities that operate 24/7, 365 days a year. They are ready for use on any front, at any range and for any action that the IDF needs.”

He did not refer directly in his speech to the attack yesterday on the Iranian ship Saviz off the Yemen coast. Speaking to reporters after delivering his speech, Gantz said twice that he wouldn’t comment on the matter, simply stating that the IDF would take action anywhere it determines it needs to.

Israel did not take responsibility for the blast on the Saviz, which was apparently caused by explosives planted on the hull of the vessel. Still, a report by The New York Times this morning claimed Israel was behind the strike. The report quoted an unnamed American official, who said Jerusalem had notified Washington that Israeli forces had attacked the Iranian ship. The report also said the Israeli attack came in retaliation over alleged Iranian attacks on two Israeli ships in recent weeks. The Israeli-owned container ship LORI was hit by a missile March 25 in the Arabian Sea. On Feb. 26, Israeli-owned MV Helios Ray suffered a blast while sailing in the Gulf of Oman. Iran did not take responsibility for either attack.

The attack on Saviz comes as talks are progressing in Vienna on renewing the Iranian nuclear deal. A Wall Street Journal report indicated that some American officials were concerned over the timing of the strike on the Iranian ship. The paper quoted an unnamed American official as saying, “It is clear what the timing intends to achieve.”

Referring yesterday to the opening of talks in Vienna, Prime Minister Benjamin Netanyahu said, “The danger that Iran will return — and this time with an international imprimatur — to a path that will allow it to develop a nuclear arsenal is on our doorstep on this very day. … We cannot go back to the dangerous nuclear plan, because a nuclear Iran is an existential threat and a very big threat to the security of the whole world.”

Reports yesterday said that American Defense Secretary Lloyd Austin will visit Israel next week in a first Middle East trip by a member of President Joe Biden’s Cabinet. Austin is expected to meet with Netanyahu and Gantz to discuss the Iranian file and other security issues.