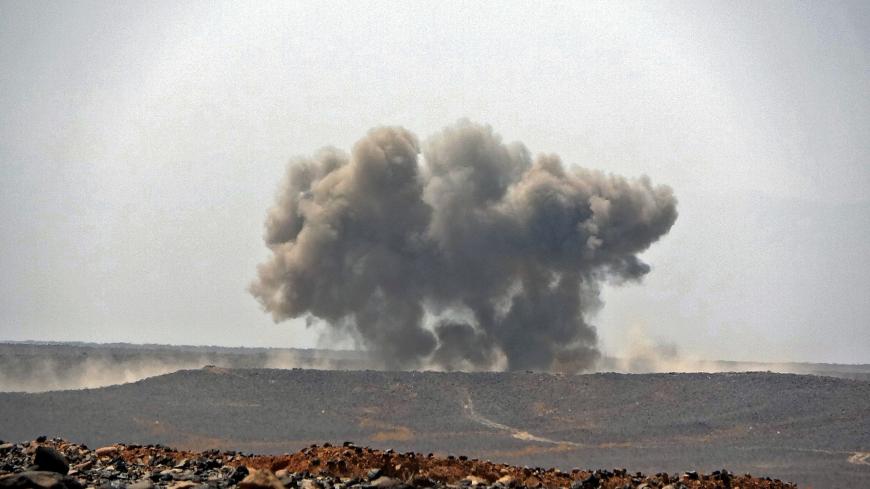 The UN Security Council on Thursday called on the Houthis to end their offensive on the oil-rich Yemeni province of Marib. The drive is threatening to unleash one of the worst displacement crises of the country’s civil war.

The rebels in February resumed their offensive on Marib, the last major northern stronghold of the internationally recognized government led by President Abed Rabbo Mansour Hadi. The province is home to a million internally displaced people who aid groups warn would have nowhere safe to turn if the fighting escalates.

The Houthis’ push into Marib puts internally displaced people at "grave risk and threatens efforts to secure a political settlement,” the 15-member council said, stressing "the need for de-escalation by all, including an immediate end to the Houthi escalation in Marib.”

UN Yemen mediator Martin Griffiths warned earlier this week that war between the Iran-aligned Houthis and the Saudi-led military coalition supporting the Yemeni government “is back in full force.”

The council Thursday also “expressed concern over the dire economic and humanitarian situation, and emphasized the importance of facilitating humanitarian assistance" in a country where an estimated 80% of the population requires aid to survive.

In recent months, the Houthis have launched near-weekly armed drone and missile attacks aimed at Saudi Arabia’s civilian and commercial infrastructure, including its Aramco oil facilities. The Security Council said the cross-border targeting “threatens efforts to secure a political settlement when the international community is increasingly united to end the conflict.”

The US special envoy for Yemen, Timothy Lenderking, said March 12 that the Houthi leadership hadn’t yet responded to a proposal given to it days earlier that outlined plans for a nationwide cease-fire. Then, hours later, a Houthi spokesman told Almasirah TV that the proposal “has nothing in it and represents the Saudi and the UN vision,” Arab News reported.