Speculations soared recently about signs of a political solution in Syria, as some parties in the opposition hope the Russian-Turkish-Qatari meeting would usher in a new chapter in the Syrian crisis. 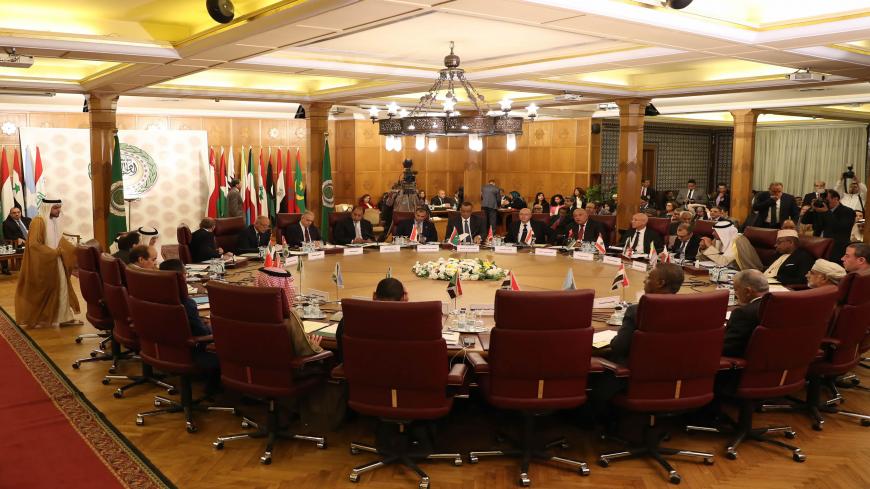 Representatives of the League of Arab states attend an emergency meeting at the Arab League headquarters, to discuss Turkey's offensive on Syria, Cairo, Egypt, Oct. 12, 2019. - Mohamed el-Shahed/AFP via Getty Images

Russia has recently intensified its efforts to reinstate the Syrian regime back to the Arab League. The regional organization had suspended Syria’s membership on Nov. 12, 2011, following the regime’s bloody crackdown against the anti-government protests back then.

Russia’s demands were carried by its Foreign Minister Sergey Lavrov on his tour to Gulf countries in March. Lavrov visited Abu Dhabi, Riyadh and Doha, where he met his Qatari counterpart Sheikh Mohammed bin Abdulrahman Al Thani and his Turkish counterpart Mevlut Cavusoglu.

The three ministers asserted during their meeting in Doha March 10 that the solution to the Syrian crisis is political, away from the military option. Sheikh Mohammed confirmed that the reasons that led to Syria being cast out of the Arab League still exist, expressing hope for a political progress that would ensure its reinstatement.

He stressed the need to preserve the Syrian territorial integrity, and the need to reach a consensus to reject a military solution to the crisis. “All opportunities for cooperation between countries must be exploited, and we will complement international efforts to reach a settlement in the Syrian crisis.”

Meanwhile, Lavrov asserted that Syria’s return to the Arab League is inevitable and will contribute to achieving stability in the entire region. He noted that his country agrees with Turkey and Qatar on the need to reach a political solution to the Syrian crisis and share a common position on the Syrian territorial integrity.

The Russian efforts, however, have fueled the Syrian opposition’s fears of the Bashar a-Assad regime’s return to the Arab League. The National Coalition for Syrian Revolutionary and Opposition Forces said in a press release March 10, “Attempts to rehabilitate the Assad regime or find a cover to do so can never be accepted.”

Riyad Hijab, who served as prime minister under Assad’s regime and the former head of the Syrian opposition's High Negotiations Committee, said in an interview with Al-Jazeera TV after the Doha tripartite meeting on March 13, “Russia is seeking to get Bashar al-Assad and his regime out of their quandary. This is why it seeks to give him legitimacy by supporting him in the upcoming elections.”

Hisham Eskif, a member of the political bureau of the opposition Syrian National Army, which is affiliated with the Free Syrian Army, who lives in northern Aleppo, told Al-Monitor, “We support the political solution, but the regime and its allies — Russia and Iran — rejected all solutions,” in reference to the United Nations resolutions.

He said, “Russia and Iran are in a real dilemma because they have become unable to economically support the regime. Russia is currently in a bind amid the tense relationship with the new US administration, and this could drive it to take steps that will ultimately lead to Assad being dumped. Russia has [previously] tried to bring back the Syrian regime to the Arab League, but its efforts were hindered by Qatar and Saudi Arabia.”

Abdul Karim al-Omar, a Syrian political analyst residing in Idlib, told Al-Monitor, “Lavrov went to the Gulf states to propose a way to prevent the collapse of the Syrian state. In Qatar, it was clear that a new track has emerged for the Syrian crisis, consisting of Qatar, Turkey and Russia. Under this track, the political solution to the Syrian war is the Geneva track, which Russia has sought to evade by organizing the Astana and Sochi meetings. The latest tripartite meeting in Doha has been in the pipeline for several months. Lavrov promised to respond to the Qatari-Turkish position after its examination at the next meeting in Ankara mid-April.”

Omar noted, “Turkey is a key and major player in Syria and has close ties to Qatar. It tried to leverage these ties to get Qatar to have a role in the Syrian crisis or even make a comeback after a quasi-absence caused by the blockade it endured during the Gulf row. It is quite clear that Turkey and Qatar refuse to keep Assad’s regime afloat or recognize the legitimacy of the elections that [the regime] will hold in the areas of its control next May. This comes in tandem with a Turkish emphasis on the need to expedite a just and comprehensive political solution through the implementation of international resolutions, including UN Resolution 2254,” which mainly calls for a transitional phase in Syria to pave the way for UN-sponsored elections.

However, Omar pointed out that another part of the Syrian opposition remains pessimistic. He explained that similar statements about an imminent political solution are not new. “If no Turkish-Russian-US [agreement] is reached, there will be no solution [to the Syrian crisis],” he said.

A leader in the Syrian opposition residing in Turkey told Al-Monitor on condition of anonymity, “There is a Turkish, Qatari and Saudi axis taking shape. This axis will exert more pressure on Russia to force the regime to accept a political solution based on UN Resolution 2254.” 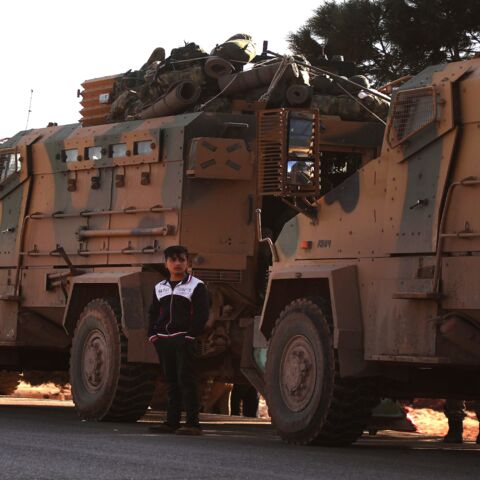 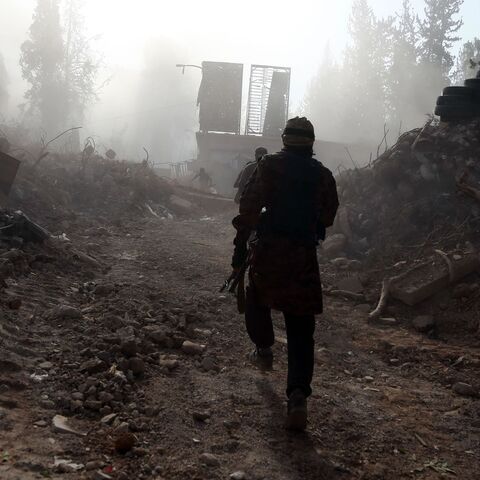