Human Rights Watch has highlighted the plight of poor Jordanians imprisoned for failing to pay back loans taken out to meet basic needs. 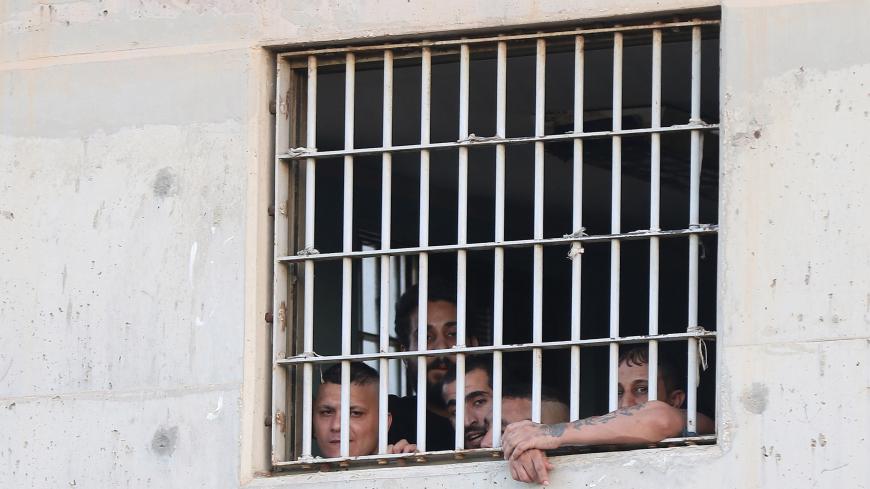 Jordanian detainees look on through the window of a rehabilitation center in Zarqa, east of Amman, on July 11, 2018. - KHALIL MAZRAAWI/AFP via Getty Images

Human Rights Watch said that poor Jordanians sometimes need to turn to informal lenders to cover essential expenses. If they cannot pay their lenders back, they are prosecuted, according to the New York-based organization’s Middle East researcher.

“Under Jordanian law, if you take out a loan and can’t pay it, you go to jail,” said Sara Kayyali in a press release. “In many cases, people take out loans to pay for rent, groceries, medical bills. But instead of helping those in need, the authorities jail them.”

The lengthy report in English and Arabic details struggles Jordanians charged with failing to pay back loans have faced. One section tells the story of a doctor who was sentenced to several months in prison after his creditors filed a complaint against him. The doctor was unable to make his car loan and mortgage payments after developing a bone disease that rendered him unable to work. He made some of the loan payments from his savings, but was convicted in absentia while receiving medical treatment abroad, according to Human Rights Watch.

Few countries in the world allow debt imprisonment. More than 250,000 Jordanians are wanted by the authorities for failure to repay debt or for writing bad checks, Human Rights Watch said.

In 2019, some lawmakers called for a change to the law after families of debt prisoners protested outside the royal court.

The problem is particularly pressing now because of the economic crisis that has gripped Jordan for several months. The strict lockdowns at the start of the COVID-19 pandemic led to initial success in fighting the virus, but resulted in job and income losses. Now, infections are increasing again dramatically and the government has reimposed a partial lockdown. The country has seen several protests against the government during the crisis. The capital Amman is consistently ranked as one of the most expensive cities in the region.

The Jordanian government has not responded to the report as of this writing.